This website requires certain cookies to work and uses other cookies to help you have the best experience. By visiting this website, certain cookies have already been set, which you may delete and block. By closing this message or continuing to use our site, you agree to the use of cookies. Visit our updated privacy and cookie policy to learn more.
Home » Award of Merit Interior/Tenant Imp: Irving Plaza
ProjectsNew YorkNew York Construction ProjectsBest Projects2021
Best Projects

The renovated theater reopens with a fresh interior design and new hospitality spaces that celebrate its deep history. The former main concert hall was transformed into a double-story rock ballroom that blends traditional motifs from its former days as a 19th-century hotel with edgy details that reference its 20th-century use for progressive gatherings pushing for social change. Carrying out an extensive renovation in a 160-year-old building required the team to consistently pivot as previously undocumented issues arose. The structural system necessitated installing additional shoring throughout the building, including new CMU piers topped off by steel beams to support the event floor. New reinforced concrete slabs were also required at the lobby entrance and on the event floor directly in front of the stage. While out-of-sequence MEP rough-in provided work-arounds amid extensive shoring, the pandemic forced a three-month shutdown. By continuing to plan, troubleshoot and communicate with all stakeholders during the break, the team was ready to mobilize as soon as restrictions lifted. The renovation was completed less than eight weeks after work crews returned from lockdown. 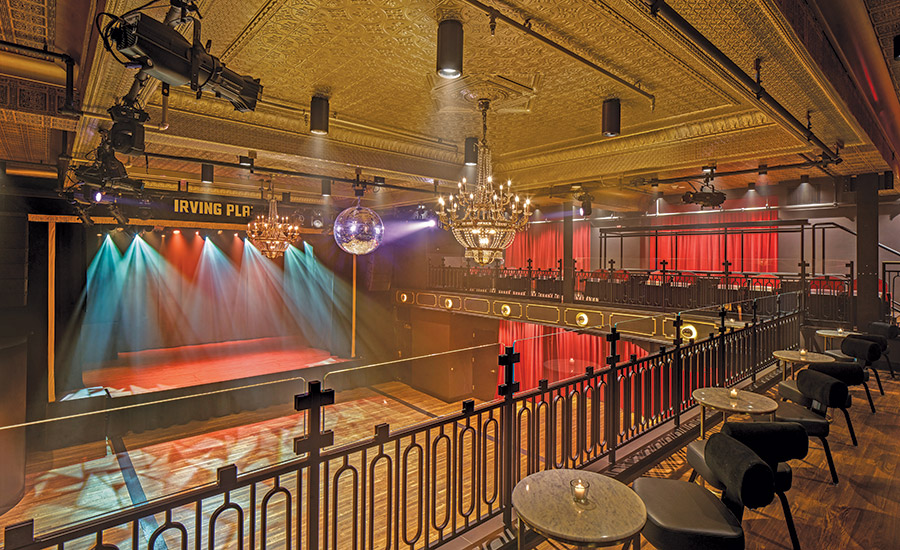