In constructing the Allegiant Stadium project in Las Vegas, the joint venture contractor led a team of more than 100 firms to complete one of the country’s largest design-build projects under budget and on time despite a demanding 32-month construction schedule in the midst a global pandemic. Hailed as an architectural and engineering marvel, the 1.75-million-sq-ft, 65,000-seat domed stadium features one of the largest-cable net roofing structures in North America and retractable walls that offer impressive views of the Las Vegas Strip. 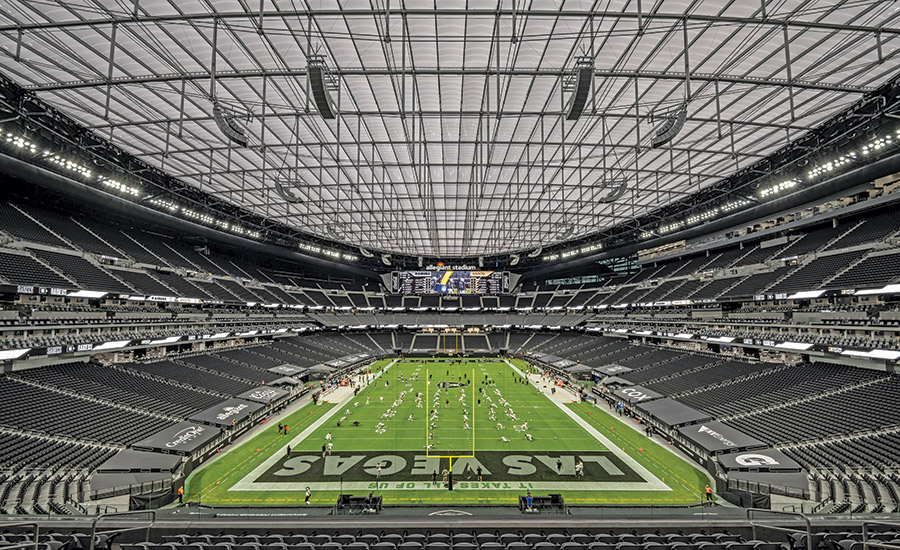 The seven-acre ethylene tetrafluoroethylene roof is suspended 195 ft in the air by 100 lightweight stainless-steel cables to create an outdoor feel in a temperature-controlled facility. To erect the 24-ton system, contractors spread the 800-ft cables across the stadium’s lower bowl and hoisted them into place.
Before they could break ground, contractors needed to relocate a reinforced box culvert to position the stadium in a location that would provide fans with the best views of the Las Vegas Strip and allow for full-sun coverage year round. The joint venture worked with the U.S. Army Corps of Engineers to obtain environmental and construction permits to make this goal possible. 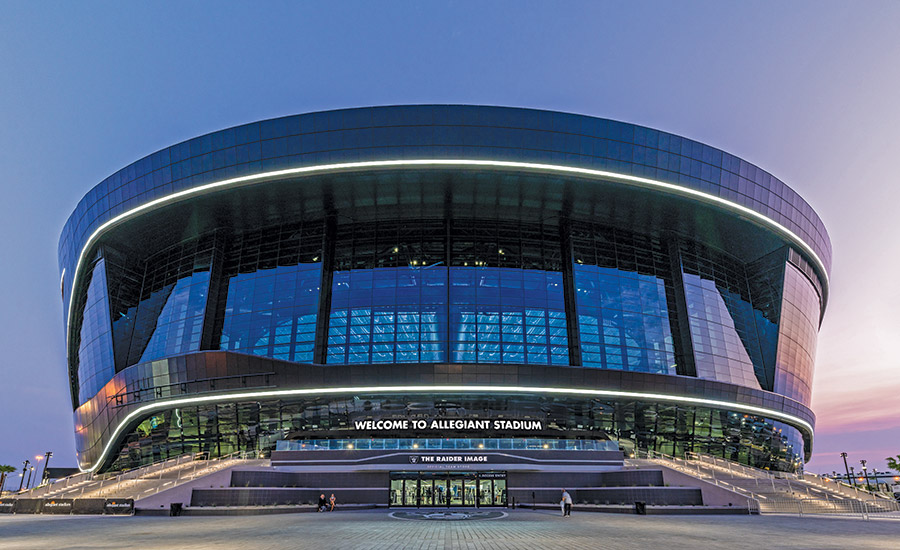 Crews relied on an onsite concrete batch plant to eliminate logistical or quality concerns. By focusing on repetition in the building’s eight concrete cores and developing a sequence for multiple crews to work concurrently, the team increased efficiency and reinforced quality and safety standards.

The Allegiant Stadium project schedule was developed in concert with trade partners and updated weekly with actual progress reports and fragments resulting from the week’s activities. The 4D model was updated each month. Engineering consultants concurrently reviewed the model for any quality damages that might have happened due to Mother Nature at certain points in construction—one firm, for example, analyzed the model for wind uplift on the structure during roof installation. 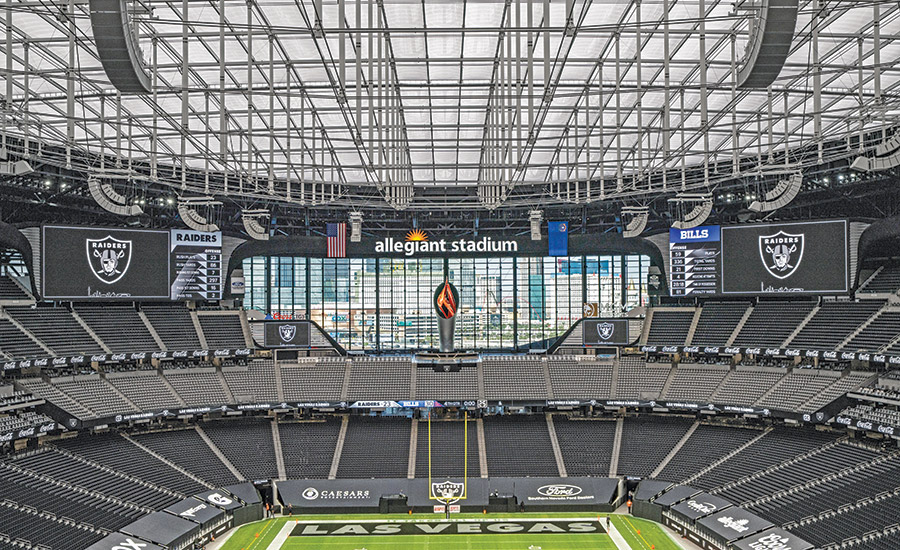 This was the first time a cable net roof structure had been constructed in the U.S., so using models and diagrams provided by trade partners, construction simulations were pivotal in visualizing complexities never before encountered. To minimize risks for the crane pick of the massive operable doors, the project team simulated how the doors would be swung into place and then was able to determine the crane trajectory needed to safely install the operable doors without damage to the primary structure.