Best Residential/Hospitality: Circa Resort and Casino

Circa is the first ground-up casino built in downtown Las Vegas since the 1980s. Completed in October 2020 after 3.9 million worker hours, the project occupies an entire city block and includes a 38-story tower, a two-level casino with restaurants, a six-tier pool amphitheater and a stadium-style, three-story sportsbook.

The building connects via a skybridge to a nine-story parking garage, which includes the central utility plant and serves as a rideshare hub. The escalator is the city’s longest, with a 134-ft horizontal run outside the building above the street.

The Legacy Club at the top of the tower has a cantilevered roof spanning 63 ft over the terrace and lounge area to give the tower its unique view overlooking the Strip. Cantilevered outrigger beams provide the support points for the trusses. 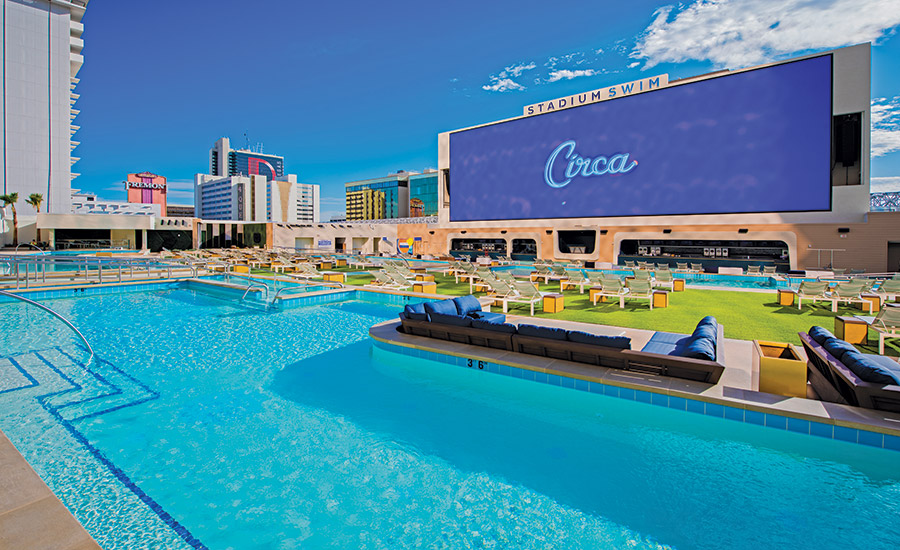 Photo courtesy of Circa Resort & Casino

The casino links several parking facilities to the Fremont Street Experience, with air-conditioned escalators and a bridge that serves the public and generates greater foot traffic.

Given the complexities presented by the tight downtown location as well as the speed and sheer magnitude of the development, the team employed multiple delivery methods to leverage the strengths of all stakeholders. Without this collaborative effort, the project would not have been delivered in just 22 months. 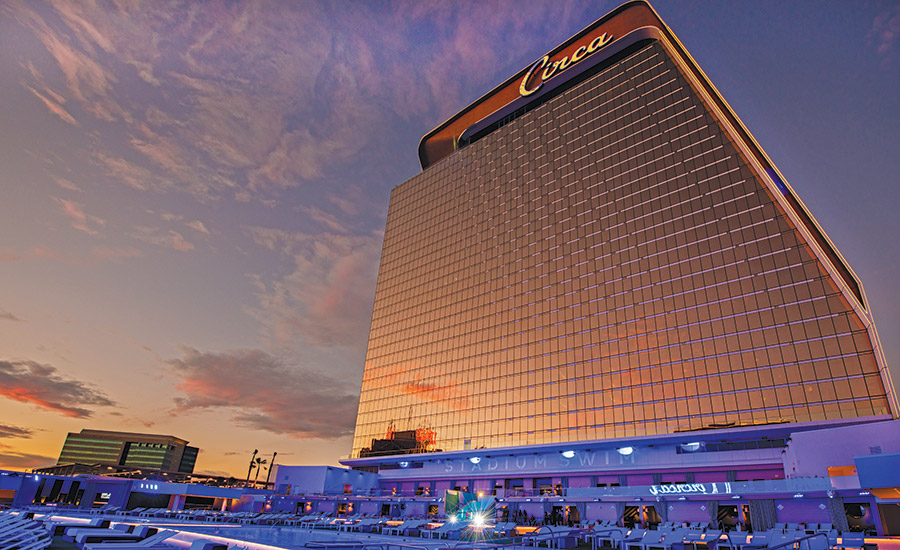 Photo courtesy of Circa Resort & Casino

As the superstructure began to take shape, McCarthy performed the majority of the structural concrete work with its own labor, placing 55,000 cu yd in 15 months. To maintain the highest level of quality and precision, the team utilized laser scanning to identify any fluctuations in the steel and concrete on the 400-ft structure. 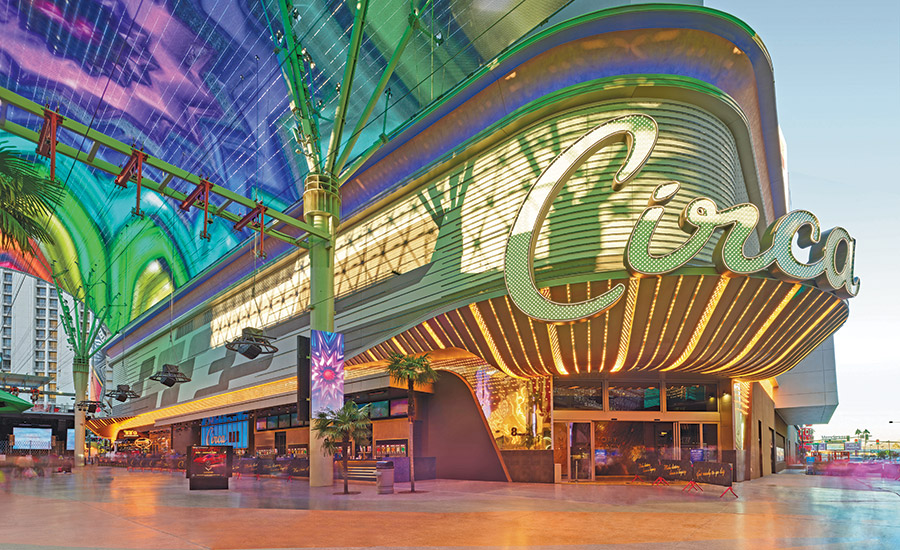 Sitting atop the casino is a crown feature that holds Circa’s signage. It was engineered to support more than six tons and took a year to design with the feedback and combined expertise of the entire team.

Among the project’s other structural challenges was figuring out how to eliminate two interior bay concrete columns in the tower and casino footprint, which was accomplished by transferring the load to exterior columns with a one-story-deep reinforced concrete truss.