The construction team on the $80-million Soaring Eagle Casino & Resort Guest Room Renovation bet that its employees and partners would improve as the project progressed—and they came up big. Work was parsed into three phases. By implementing lessons learned from work completed in Phase 1, the team improved flow, sequencing and quality for Phase 2, delivering ahead of schedule. That strategy also helped Phase 3 complete ahead of schedule. Despite the challenges of working within an active resort, the team reached substantial completion approximately seven months ahead of schedule. By opening early, the project owner generated about $17 million in additional revenue.

“What made the project so successful was that the entire team took a learning approach and wanting to work together to improve,” says Mike O’Rourke, project manager at Granger Construction. “We had a lot of lesson-learned meetings, and we really tried to cultivate an atmosphere where there are no dumb ideas.”

The project, which broke ground in January 2020, marked the first major renovation of the casino and resort since its opening in 1998. The scope of work included guest room renovations as well as infrastructure upgrades to plumbing, heating, ventilation, air-conditioning and technological advancements. 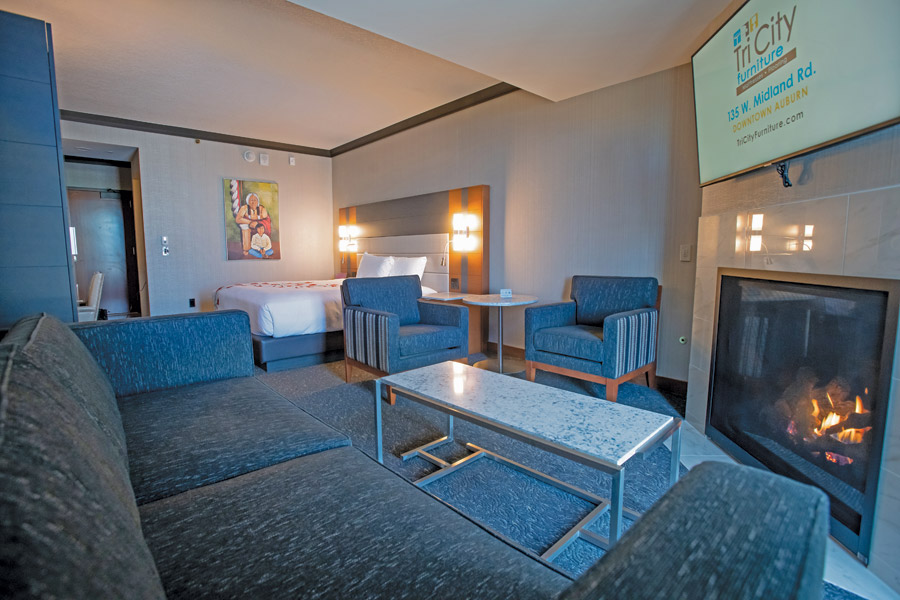 Phase 1, which was completed in late December 2020, involved demolition and reconstruction of 189 rooms on Levels 2 through 7 in the center area of the hotel. The new mechanical, electrical and plumbing infrastructure to support the guest room renovations was completed on the first floor, directly in the center of the client’s active and secure operations.

“With 516 rooms being essentially repetitive, that continuous improvement mindset came into play,” O’Rourke says. “So if we had a crew solely dedicated to room rough-in and they got more and more efficient with that activity, it translates into improved safety as well as becoming very proficient and picking up speed as you go.”

For example, Phase 1 started with batches of three rooms per week. After reviewing the critical path and identifying which subcontractor required the longest completion times, crews achieved batches of 15 rooms per week. 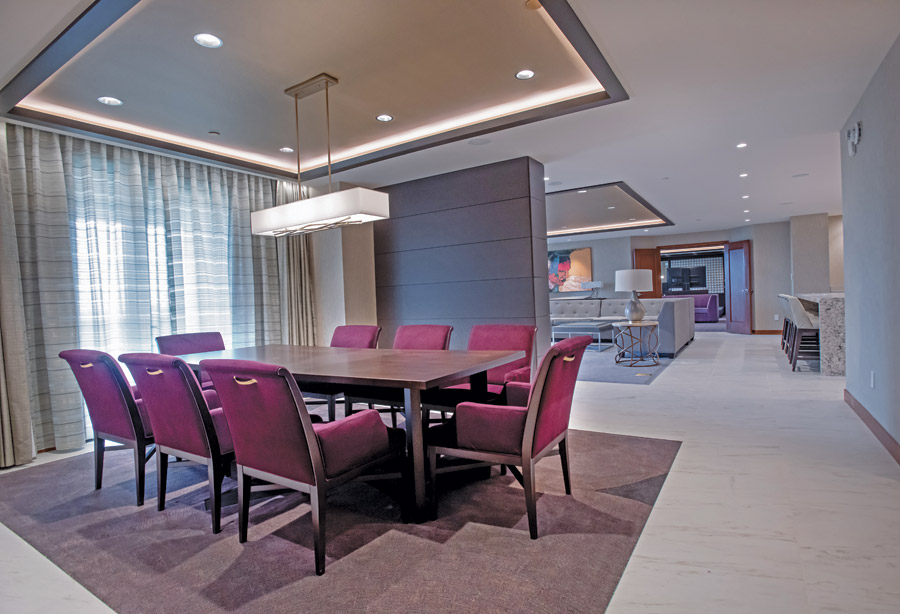 The improved speed of delivery helped counteract early delays on the project. Unforeseen conditions discovered in second week of construction required abatement measures beyond initial expectations. The discovery meant potentially three months of delays per project phase. In addition, local spikes in COVID-19 cases forced the resort and project team to shut down to only critical operations for about two months. To overcome these challenges, the team worked with the owners to resequence and identify critical start and stop points to create a good flow throughout the project. This enabled the team to establish a two-year project schedule, which could have been a three-year project schedule with initial delays—potentially resulting in $35 million in lost revenue for the hotel.