ENR 2021 Midwest Contractor of the Year

A dominant performance in the design-build distribution center market as well as a leading role in the construction industry’s battle against COVID-19 have earned Chicago-based Clayco Inc. ENR Midwest Contractor of the Year honors by a vote of ENR’s editors.

This is the second time Clayco has received the award. It won in 2011 as it was just moving to Chicago, but now it’s one of the nation’s largest privately owned real estate, architecture, engineering, design-build and construction companies, with more than 2,600 employees and $3.8 billion in 2020 revenue from the Midwest region. That revenue level is up 17% from $3.25 billion in 2019.

“Our true nature of being able to come together as a company comes down to the culture we created,” says Bob Clark, Clayco’s executive chairman and founder, who started the business in his hometown of St. Louis in 1984. “I couldn’t be more proud of how everyone— to a person—took on the role needed.”

While many businesses struggled with the pandemic, Clark points to how Clayco took a proactive approach in the fight against COVID-19. “We were making a lot of big decisions in short time frames,” Clark says about the last year. “[The attitude was] ‘pounce, instead of think,’ and we did a lot of pouncing.”

“We were one of the first nonhealth companies to strongly encourage our employees get the vaccine.”
—Bob Clark, Executive Chairman and Founder, Clayco Inc.

In March 2020, at the onset of the pandemic, Clayco worked with the Centers for Disease Control and Prevention to develop guidelines to keep the construction industry working. The guidelines included temperature checks, social distancing, masks and having an onsite nurse. Clark and other Clayco executives say that taking on that role was a source of pride for the company, as well as the fact that most states took the advice of the guidelines.

“As vaccines became more available, we wanted them widely distributed to our employees,” he says. “We were one of the first non-health companies to strongly encourage our employees get the vaccine.”

The last three years have brought tremendous growth for Clayco, and the events of 2020 did little to hinder that growth. The company hired more than 300 people in the last 12 months, with the majority of those new jobs in Chicago and St. Louis. One major change that occurred during that time was each of Clayco’s subsidiaries—CRG Realty, the Lamar Johnson Collaborative (LJC), Ventana Design-Build and Concrete Strategies—experienced so much growth that a new entity needed to be created to manage all of them. Thus, Clayco Enterprise was born in 2019.

“The big idea was to provide not just the transition of leadership as much as it was to create a deeper bench of leadership that would definitely continue into the future,” Burns says.

When Clayco acquired LJC in November 2018, president and CEO Lamar Johnson told ENR Midwest one of the reasons the two companies joined forces was the inefficiencies he saw in the design-bid-build process.

“It absolutely played out as we thought,” he says of the relationship with Clayco. “There’s much more integration now, and the pandemic sped it up. One of the truths we discovered is Clayco and LJC are one of the only firms with an embedded full-scale architectural practice. We’re the only firm with institutional memory across many projects with the same teams. You can’t fast-track an oak tree; we learn from each other.” 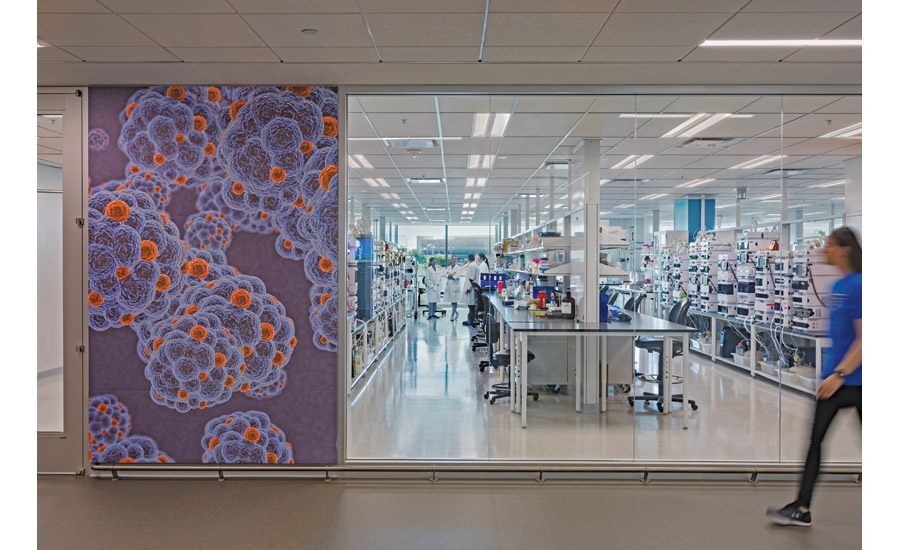 Pfizer’s R&D facility in Chesterfield, Mo., uses the continuous lab concept, where lab areas run parallel to a continuous office zone, separated by a corridor serving both. The Pfizer/BioNTech COVID-19 vaccine relies on a specific type of DNA created at the facility.
Photo courtesy of Clayco Inc.

“We have a saying around here [that] everybody’s got a day job,” says Sieckhaus. “You know you’ve got to keep your day job because you have to earn people’s respect and people respect people that can do. We all come to a day job to make sure that we don’t forget how our business is run and to be an integral part of making those things happen.”

Clayco’s bread and butter remains the design-build distribution center market, placing the firm at the top of ENR’s Midwest’s breakout ranking of distribution and warehouse contractors with $1.4 billion in 2020 revenue.

“We’ve been a player in distribution centers for years, but e-commerce changed the game,” Clark says. “Back in 2016, everyone asked ‘How long is the warehouse boom going to last? Are we in the first inning or the eighth inning?’ I thought, ‘We’re not in any inning.’”

Anthony Johnson says today’s clients need to have their facilities to market faster than ever before and Clayco’s design-build approach can deliver the speed they require.

“Speed has become an important part of the game and that’s true with distribution, that’s true with manufacturing, with food and beverage,” he says. “Speed to market is a very important criteria for all these businesses. Just look at what’s going on now with how quickly the supply chain needed to adapt to deal with the pandemic. That was all about getting to the market quicker.” 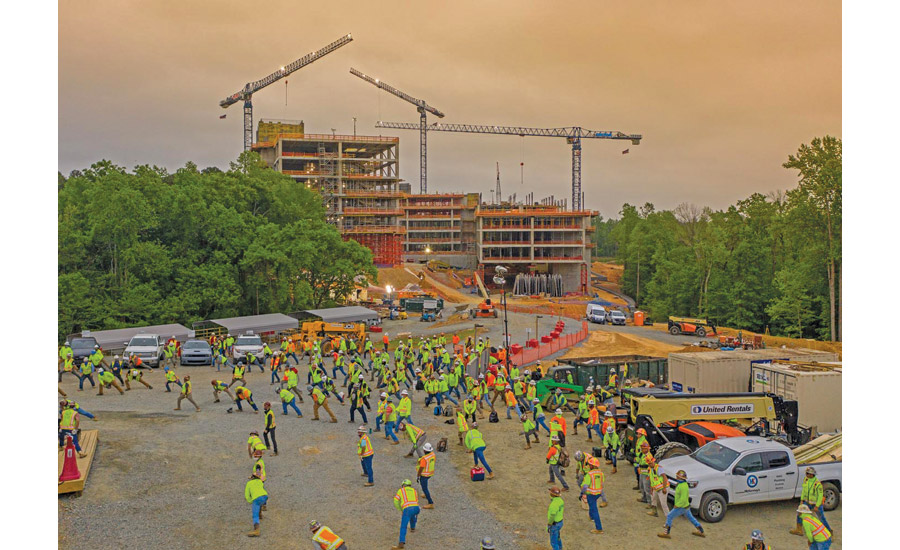 Amazon.com chose Clayco for work on 11 different facilities across Illinois, Michigan, Ohio, Kansas, Indiana and Wisconsin. One client that Anthony Johnson mentioned as an example of the needs of today’s quickly scaling construction consumer was Mark Anthony Brewing, the fourth-largest brewer in the U.S. Mark Anthony needed a new 1.2-million-sq-ft brewery in Columbia, S.C., an investment of $400 million that began construction in November 2020 and is now close to finishing on schedule by September. The brewer is now searching for 300 workers to staff the new brewery as the project nears the finish line just eight months after construction began.

“It’s the largest brewery built in the U.S. in 25 years, and it’s complex,” says John Sacksteder, president of Mark Anthony Brewing Inc., who praised Clayco for meeting the plumbing, electrical and distribution logistics needs of the facility to keep the project on track. “We’re going to be operational in September, and there are other companies that this would take—not even for the complexity of a building we’re putting up—it would take twice that time at least to do it. We set aggressive expectations, but [Clayco has] stepped up and they’ve really done a great job.”

“Mark Anthony Brewing is a perfect example of where having that knowledge base internally allowed us to really react quickly and provide the deliverables needed in short order to deliver that project,” Anthony Johnson says. “Being able to walk down the hall and sit down with our engineering team, our concrete group and have our construction team and the owner at the table, we can, in real time, work through different design scenarios to develop the optimal solution for the client on the spot.”

Both Clark and Lamar Johnson noted their teamwork on completing Pfizer’s research and development facility in Chesterfield, Mo., as a high point of last year. Clayco submitted their initial development proposal for the research building in June 2016, and Pfizer ultimately chose them to design, build, finance and lease their 295,000-sq-ft research and development facility where a specific type of DNA for the Pfizer/BioNTech COVID-19 vaccine was developed and is still created there today.

The building design is based on the continuous lab concept, where the linear lab zone runs parallel to a continuous office zone, separated by a corridor serving both lab and office, a process meant to allow the labs to change size over time.

Never shy to speak his mind and advocate for both Clayco and the construction industry as a whole, Clark spoke out earlier this year against Occupational Safety and Health Administration guidance that initially told employers that they would have to record all adverse reactions to COVID-19 vaccines as workplace incidents. The rule could have potentially stifled the vaccination of construction workers because of the liability demands it placed on contractor-employers.

After Clark said OSHA should change the rule on the ENR Critical Path podcast, OSHA revised its guidance and said employers should not record adverse reactions in their safety logs until at least May 2022.