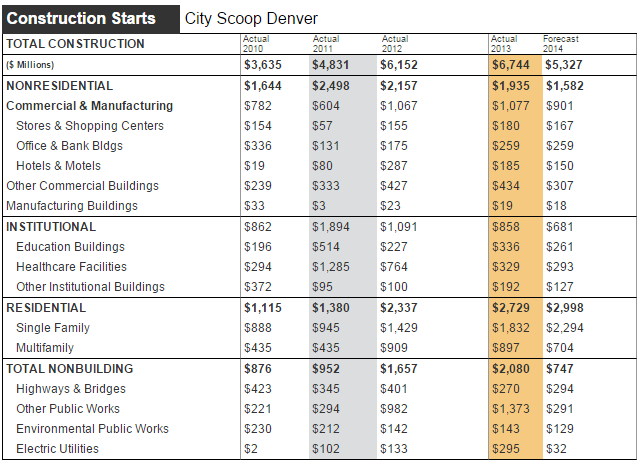 Continued strength in residential construction won't be enough to offset a sharp drop in public works and electric utilities.

Michael Gifford President
AGC of Colorado "Construction activity in the Denver area has been growing and should hold steady in 2014-15," Gifford says. "Transit and other infrastructure investments have helped numerous office, mixed-use and residential projects around Denver Union Station. Strong in-migration of 25- to 34-year-olds has also fueled a boom in multifamily construction. At the other end of the RTD East Line, the DIA hotel and transit center project allows for regional growth. Area construction employment grew by 6% last year, which was 89th out of 339 metro areas in the U.S."