Contractors In Nashville See Workforce Challenges in Years Ahead

The rising cost of construction and its impact on project development over the next several years is leading conversations in the industry in Nashville, says Will Gamble, vice president and preconstruction director for JE Dunn in Nashville.

Still, he says, there is plenty of excitement about the large-scale projects that are currently in the pipeline as well as many recent large property purchases and transactions that will continue to drive new construction amid the inflated economic cost structure contractors are seeing.

Some of the big projects that Gamble says are generating buzz and changing the face of Nashville include the $2.1-billion Tennessee Titans stadium, set to be constructed in parking lots adjacent to city-owned Nissan Stadium, the Titans’ home for the past 20-plus years. 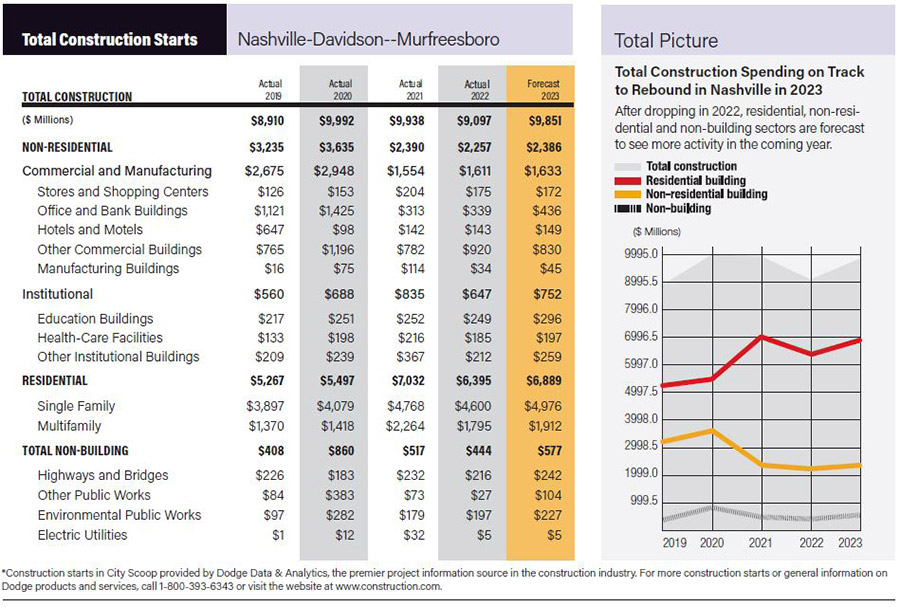 Another tech giant is setting up shop in Gallatin, Tenn., just on the outskirts of Nashville, where DPR Construction is building a Burns & McDonnell-designed data center for Meta, formerly Facebook, that will total almost 1 million sq ft in multiple buildings once it’s completed later in 2023.

Meta’s 17th data center globally and 13th in the U.S., the Gallatin facility will be supported by 100% renewable energy, according to DPR, use 80% less water than a typical data center and achieve LEED Gold certification by the U.S. Green Building Council. 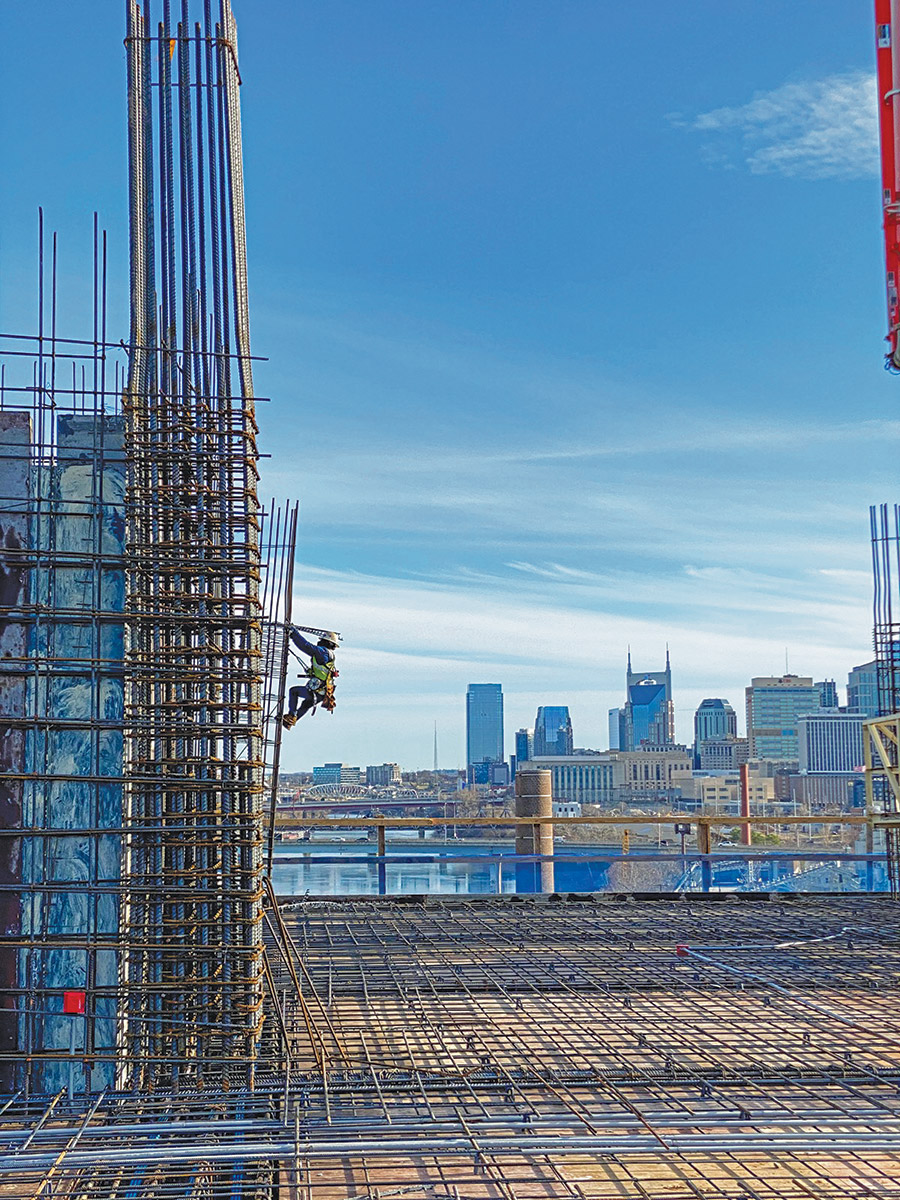 Industrial is still a very strong sector in the local market and manufacturing continues to expand across the region, Gamble says, noting the Meta project.

“There is a lot of tech growth here in the years to come,” he says. “In many ways we have not seen the full impact of Oracle moving to town yet. It has been announced, but that growth is not here yet.”

Large mixed-use developments will continue to shape the city’s skyline for the next five to 10 years, he says, while the surrounding areas of Nashville—Murfreesboro, Clarksville, Dickson and Hendersonville/Gallatin—will continue to reap the benefits of an affordable cost of living with room for larger industrial investments.

Even in the shadow of such high-profile projects like Meta and Amazon, Gamble says the industry workforce is still stretched thin, and as demand remains high, he foresees continued stress on the market’s ability to perform at the current rate, which is outpacing the available workforce and he feels will lead to increased costs and decreases in quality.

“This creates negative incentives for those seeking places to invest, so an intentional focus on labor development and broadening the workforce are crucial to sustaining long-term growth,” Gamble says. “I think that although the city skyline is sprinkled with tower cranes and everyone has healthy backlogs, there is a general sense that a looming recession could end the party.”

Trade partner availability is also becoming a challenge in the Nashville market, Gamble says. Add that to rising costs, a labor bottleneck and high pace of growth and it creates an anxiety for what the future holds, he says. However, he’s remaining hopeful the industry can continue working with the city government and think strategically to solve those constraints and keep the Nashville market resilient.