Midwest On the Scene: November 2022

Landmarks Illinois has announced the 2022 recipients of the Richard H. Driehaus Foundation Preservation Awards, an annual program now in its 29th year that celebrates preservation efforts in Illinois.

A jury of preservation professionals from across Illinois selected the 2022 winners based on a project’s positive impact in the community, how it inspires others to save places as well as the degree to which the project aligns with Landmarks Illinois’ mission, values and guiding principles.

One of the winners was Crown Brew Coffee Co. in Marion, Ill.

“Rarely are there buildings in southern Illinois to receive the distinction,” said Jared Gravatt, co-owner of the coffee shop. “We are honored to showcase an older building that has been revitalized.”

Gravatt said he and his co-owner, Joshua Benitone, designed the space and built its features, including the coffee bar. They also saved wood laths from the walls and turned them into an art piece that hangs behind the bar.

“We salvaged things instead of throwing them away,” he said.

“There is a large group of people, especially under 40, who enjoy spending time in places that have a history or a story,” she said.

The 91-year-old former Hotel Belleville has been rehabilitated into an affordable housing development called Lofts on the Square. Owners MH Belleville Associates LP undertook the $14.6-million transformation of the historic Art Deco-style hotel, a 2014 Landmarks Illinois Most Endangered site. The project, located in the city of Belleville, is cited as an example of the power of sustained advocacy efforts as well as public-private collaboration.

The Grand Army of the Republic Rooms, completed in 1897 in Chicago’s cultural district, underwent a $15-million restoration to preserve and honor the original features designed by Louis Comfort Tiffany and Healy & Millet. The project, which spanned more than two years, was led by the City of Chicago Dept. of Cultural Affairs and Special Events, Harboe Architects and Berglund Construction. 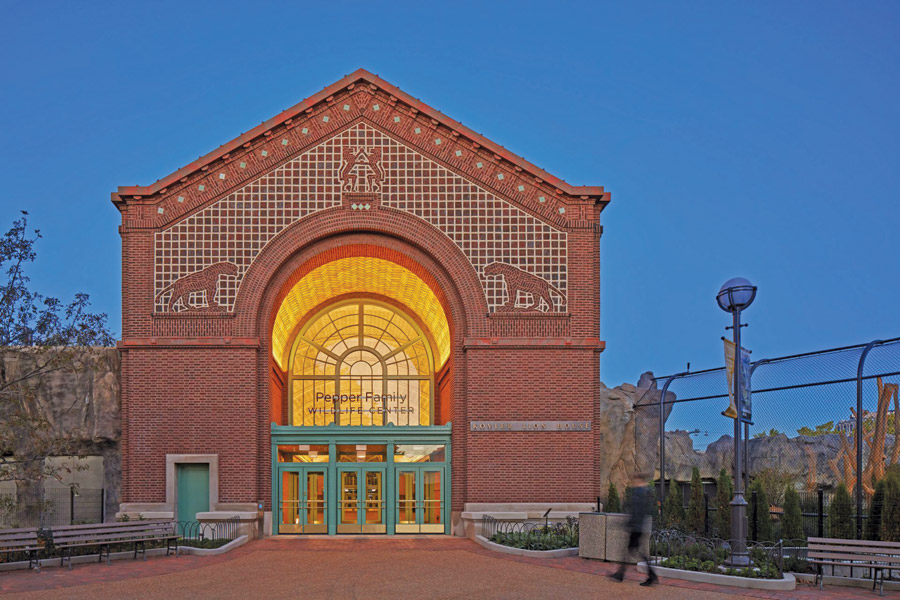 Lincoln Park Zoo’s historic lion house has been reborn as the Pepper Family Wildlife Center following a $41-million rehabilitation and expansion. This Chicago landmark, constructed in 1912 and listed in the National Register of Historic Places, has been restored to its original Arts and Crafts-style appearance and now features improved animal habitats and provides an immersive and fully accessible space for visitors.

Longtime Chicago housing activist Mattie Butler and her organization, Woodlawn East Community and Neighbors (WECAN), collaborated with Preservation of Affordable Housing (POAH) to guarantee the long-term affordability of two 1920s Woodlawn apartment buildings. After the apartments were initially saved in the 1990s by WECAN, POAH obtained the property in 2017 and in 2022 celebrated the completion of the $26.8-million renovation of the renamed Mattie Butler Apartments.

This award honors six organizations and federal agencies for their work in Chicago’s Pullman community that led to the creation of the 12-acre Pullman National Monument and Historic Site and the $35-million rehabilitation of the long-vacant Pullman Administration-Clock Tower Building (now the Pullman Visitor Center). Recipients of the award are: the National Park Service, Illinois Dept. of Natural Resources, Chicago Neighborhood Initiatives, National Parks Foundation, Positioning Pullman Project Team and Historic Pullman Foundation.

Local residents and business owners Inga Carus and Peter Limberger renovated the vacant former Mackin Motor Co. Building in Lockport’s downtown historic district to open Lock & Mule, a craft brewery, restaurant and event venue. The adaptive reuse of the 7,000-sq-ft building—constructed in 1927 and listed in the National Register of Historic Places—received support from the city of Lockport and has contributed to the revitalization of the downtown area. 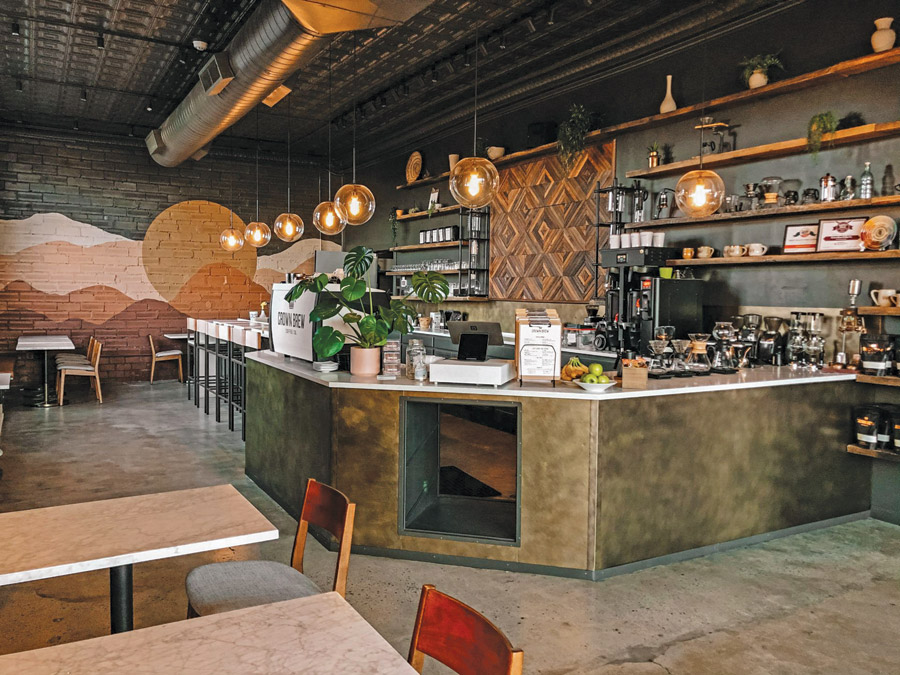 Crown Brew Coffee Co. opened in October 2020 in a 120-year-old building in downtown Marion that owners Joshua Benitone and Jared Gravatt rehabilitated largely on their own. As the first business to open in a city-led downtown revitalization effort, the coffee shop serves as an example of what is possible when local governments and business owners join efforts to drive economic development.

Built in 1872 as a “megastore” selling hardware, groceries and dry goods, the Broadgauge Building in downtown Petersburg has been reopened and reimagined by owner Douglas Pope. Today, the multipurpose building includes a bar, restaurant, billiards room, event space and coffee shop, drawing the community back into the historic space and becoming one of the town’s largest employers.