To transform a WWII-era hangar into a high-tech modern facility for the U.S. Air Force, the team designed and constructed a building within a building. Balancing the need to preserve a historic exterior with current military security, sustainability and anti-terrorism requirements, the architect designed a structurally independent, steel-framed box inside the existing hangar.

The structure is surrounded on all four sides with an 8-in. fully grouted concrete masonry unit shear wall from the first-floor concrete slab to the third floor. The strategy created an unconditioned, ventilated envelope around the internal office floors, acting as both a security separator from the outside and protection against any potential blast fragments.

“It’s essentially a structure within a structure,” says Matt Wright, federal sector leader at American Structurepoint. “We were able to then kind of decouple the new from the old.”

Office and high-tech spaces had to meet Dept. of Defense specifications to support more than 300 personnel. Designers also had to consider prevention of any type of forced entry, covert entry, visual surveillance, acoustic eavesdropping or electronic emanation threats. 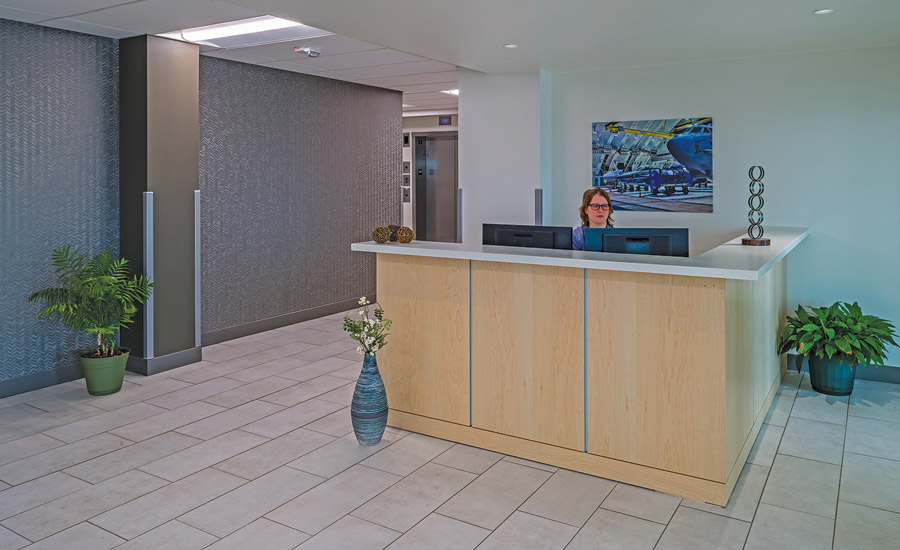 The design renovated 37,350 sq ft of existing space and provided a new second floor in the hangar, bringing the project to roughly 63,000 sq ft. Historical preservation considerations were paramount because the hangar is part of the Wright Field Historic District.

The team needed to consider replicating or repairing historic features, including determining the most appropriate restoration or repair methods and materials. The team maintained the barrel vault structural framing, which defines the building’s overall character. The metal hangar doors and window frames were cleaned, and missing or deteriorated components were replaced. The metal hangar doors and glazing frames were primed and repainted. The hangar doors were permanently fixed in place yet retain their current offset to maintain shadow lines and the original appearance of the telescoping doors. 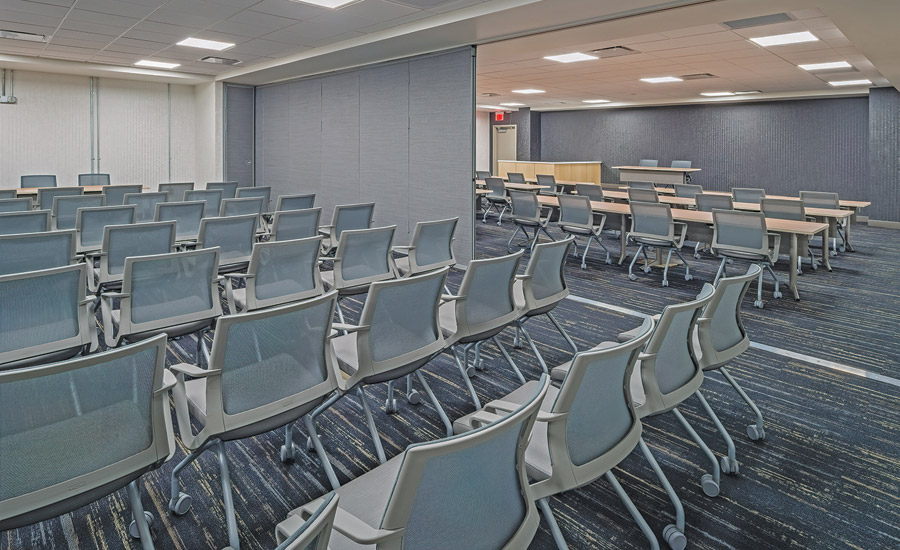 At the southern wall of the existing hangar, the primary circulation corridor was designed to cantilever past the new CMU perimeter to the backside of the existing cast-in-place hangar structure. On the second floor, a similar thermal and blast wall was designed and built with a 4-in. expansion joint from the new wall to the existing wall, which can address differential movement of the two structures.

At the first-floor level, structurally reinforced blast-resistant frames and glazing allows natural light into the public corridor. A sensitive compartmented information facility was also built to meet all security requirements.

The project, which completed in August 2021, received exceptional ratings from the Air Force for schedule, cost control and management in its post-project contractor performance assessment report.