Ames Construction with design engineer Alliant Engineering found ways to go beyond MnDOT requirements in completing this design-build project ahead of schedule and with reduced impacts on vehicular traffic.

The I-35W route connects greater Minnesota and the northern suburbs to Minneapolis. With ongoing development, traffic volumes have increased over the years, recently averaging between 53,000 to 127,000 vehicles on the highway per day.

Designed to improve traffic flow and travel times, the project provided improvements along 12.5 miles of interstate. With over 100 lane-miles and 50 connecting ramps, the project required complex maintenance of traffic staging. 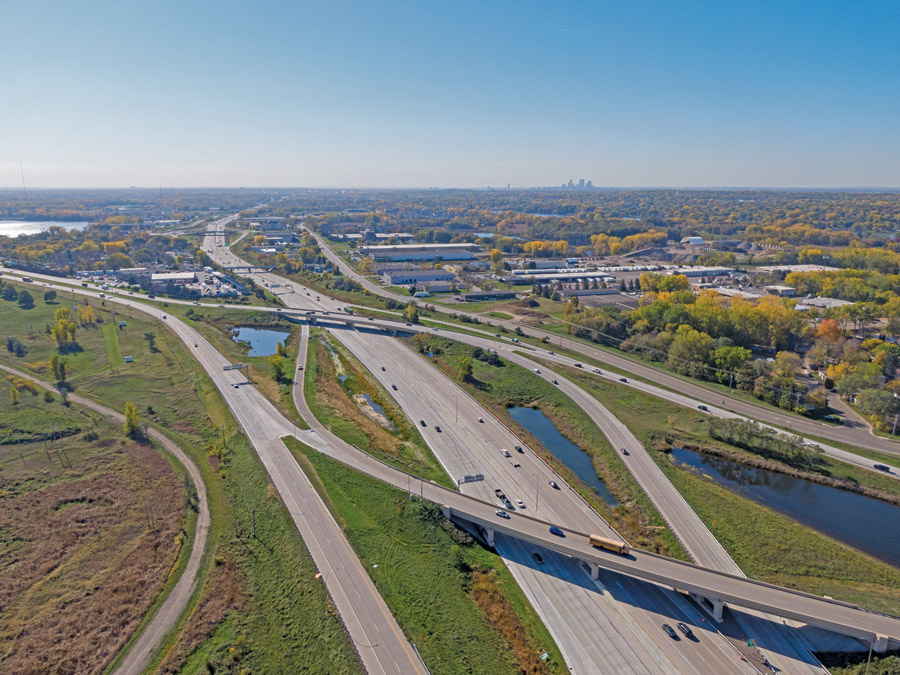 “The RFP for that project allowed us to use more traffic restrictions than we did,” he says. “We certainly committed to less and met that commitment. Generally, we maintained the highway in the existing capacities during construction.”

Ames reviewed traffic volumes, alternate routes and construction sequencing during the pursuit of the project, enabling it to develop a MOT staging approach that ultimately helped accelerate the schedule. Once it identified a staging approach, the team continued MOT design and constructibility efforts during the pursuit phase. Early design coordination refined the MOT approach and led to early constructibility reviews and immediate design development once the project was awarded.

Construction progressed in three major stages. Within each stage, approximately 50 interim stages were required each season, resulting in about 150 stages during the three-year project. Temporary ramps were designed and built at critical interstate-to-interstate movement locations to allow construction with zero-day closure impacts to the traveling public. 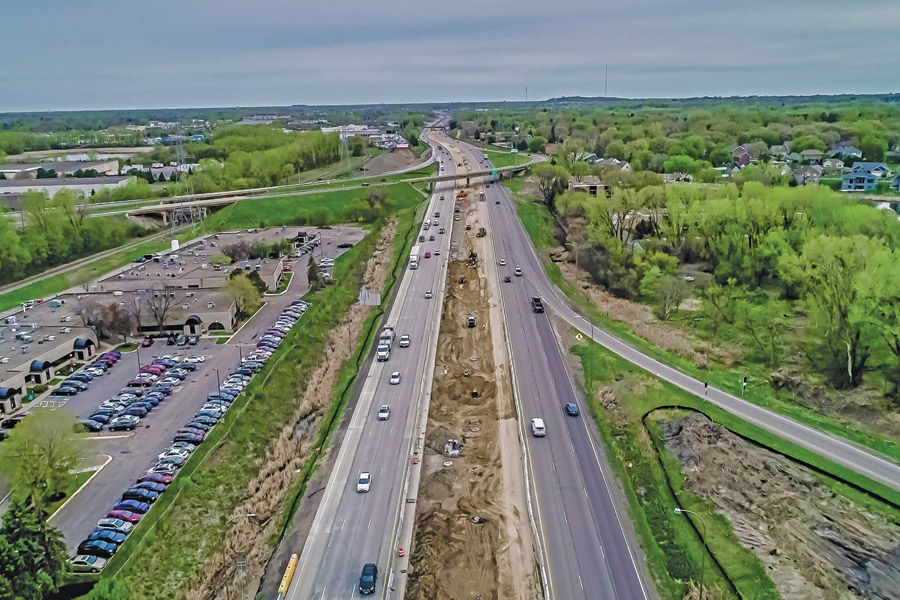 As part of its safety program, Ames committed to extensive use of portable precast concrete barriers across the entire project. The barrier system was designed into all staging plans to provide paving track clearance or buffer areas instead of sitting directly on the edge line between the work zone and traffic. The project had no OSHA recordable incidents and no lost-time accidents during the project’s 780,000 worker-hours.