The structure was designed with lounge-like common areas in place of dedicated corridors and includes moveable interior partitions throughout to maximize flexibility. The Open Building strategy is based on a permanent shell-and-core structure, with reconfigurable, reprogrammable and replaceable fit-outs, enabling the building to evolve over its lifespan. 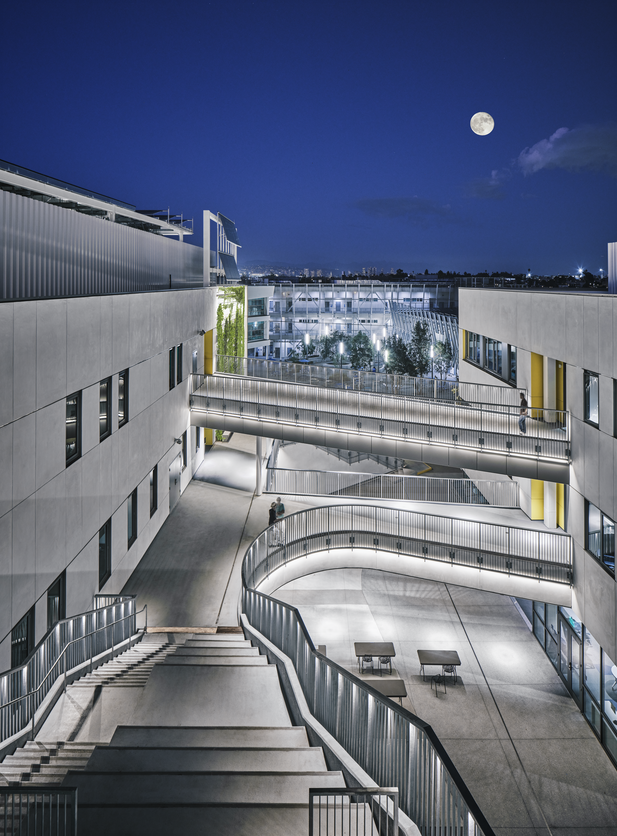 A typical school building is designed for a 50-year life cycle but is often obsolete long before that. Using Open Building principles, the design team designed a flexible and adaptable building that would accommodate frequent changes for at least 100 years, allowing teaching spaces to adapt incrementally and continuously to evolving pedagogy. By clearly distinguishing between a fixed shell and core and an infill system of non-structural partitions, and by introducing a raised floor system for air supply, power and data, change is more manageable from a financial perspective and the building will maintain its utility and flexibility for years.

The use of a steel moment frame structure, with no fixed shear walls within the overall building footprint, eases future reconfiguration of learning spaces. The prefabricated moment frame was erected in less than two months. 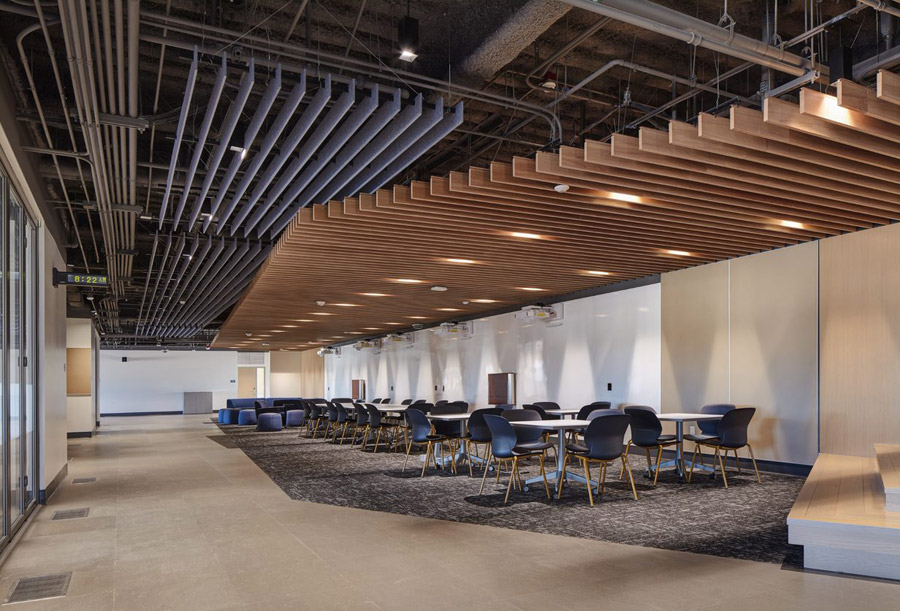 Sticking to the schedule was essential, as the existing cafeteria, pool and history facilities were demolished in preparation for the campus's next phase. This was a challenge because of numerous design changes and unforeseen conditions. For one, the project finished over budget, incurring more than $22 million dollars in owner changes. The flexibility of the design resulted in the district making modifications to the program layout all the way to the end of construction, which resulted in change orders that were approved by the district.

Despite these challenges, contractors were able to complete the project on time. McCarthy achieved this by implementing pull planning schedules that were reviewed with subcontractors and inspectors to ensure critical activity dates were met. The team also sent weekly update reports that included progress photos, upcoming site logistics coordination items, and upcoming milestones that were sent to the district and other team members.