The project consists of a 17-story adult tower and a 10-story children’s tower that provide 480 new patient beds to serve Southern California’s greater inland empire community. The building structures are composed of unique steel frames that incorporate base isolation, fluid viscous dampers, with moment and braced frames. With 25,000 tons of steel, the structural design is built to withstand earthquakes from the nearby San Jacinto fault.

Inside, the building has an impressive ledger of specialty equipment to support emergency services and imaging on level 2, and med surge on level 3. The fourth-floor houses all the mechanical HVAC equipment for the entire building. The fifth floor houses the medical center’s birthing unit with the patient rooms continuing up past level 6 on both the adult and children’s towers. 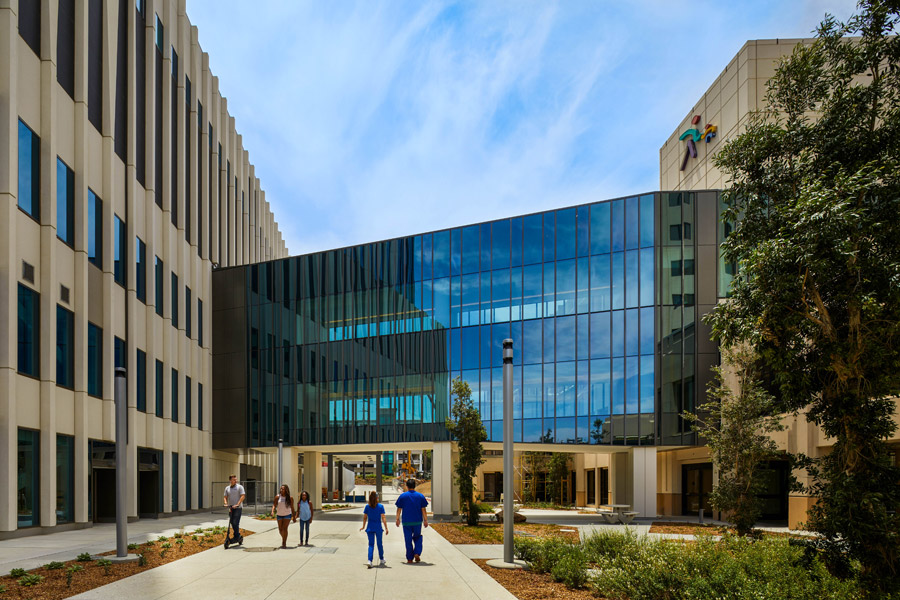 The project is rounded out with two bridges connecting the new facility to the existing hospital campus, generator yard and a new main entrance accentuated with a 30-ft trellis canopy.

The outcome of the design change caused a substantial delay to the project and required a secondary coordination pass of the MEP systems due to increased beam sizes that affected overhead coordination. Throughout this effort the team maneuvered through the delay and re-coordinated the building with the new steel design incorporated into the BIM model.

The project team also worked with OSHPD to obtain approval of early design packages that allowed fabrication to begin for the basement steel and rebar for the mat foundation. The entire team made bi-monthly visits to the fabrication shop to review issues to ensure quick resolution. 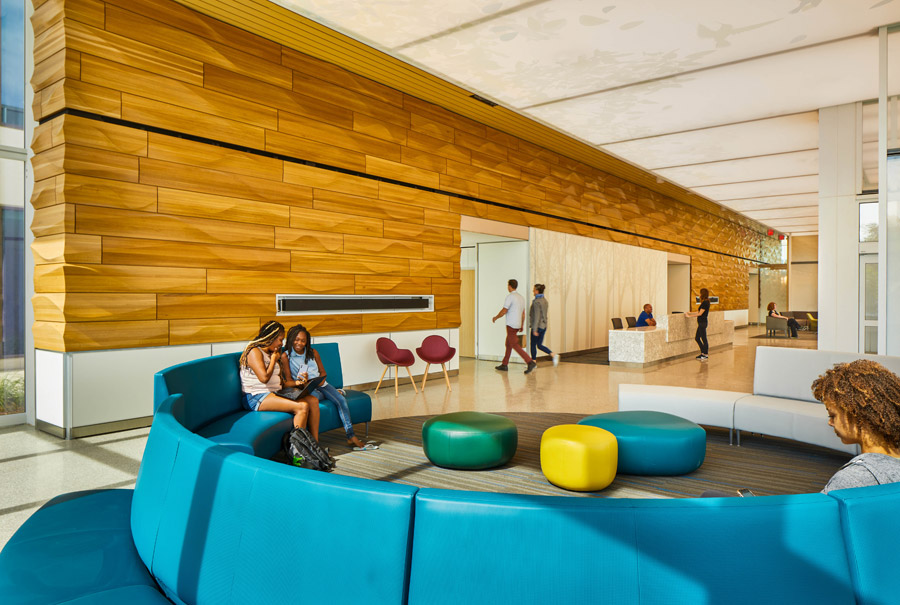 As a result of delays, the project baseline schedule was reset, and the contractor was asked by the owner to assist in mitigating the delay and expedite the project by six months. This was accomplished with an established overtime allowance used to support critical path activities during the week and on Sundays. After completion of the building structure, the interior build-out was completed in under 36 months

The project was built next to an active children's hospital, with kids watching the construction process through their patient windows. To cheer things up for the kids, the project team and Loma Linda University put together videos for the children utilizing 360 view cameras that would immerse them in the jobsite.