Multidisciplinary diversity holds a strong meaning at Portland-based design firm Otak Inc. Examples include National Park Service facility rebuilds in Hawaii, hotels in Portland and culvert replacements in Washington. Otak’s expertise in a wide range of areas and subsequent increase in business has earned the firm recognition as ENR Northwest’s Design Firm of the Year.

“We offer a lot of different service lines for a firm of our size; it is quite unusual,” says Jim Hamann, Otak CEO. “We have a unique offering where [clients] can work with more of a regionally focused firm, but we provide a well-coordinated range from civil and sitework to buildings to project sites with one company instead of a series of companies. We are fairly unique in that way, and there is a sweet spot where that works really well for clients.”

“We do have a lot of long-term clients and there is a trust there. We have grown with those clients in a lot of ways.”
—Nico Vanderhorst, Principal, Otak Inc.

The firm’s major regional projects include Portland’s Hyatt in the Pearl; planning for the Multnomah County, Ore., library program; the Kitsap County, Wash., maintenance base and recycling facility; and Washington State Dept. of Transportation’s Northwest Region Fish Passage GEC, among others. The company has a growing K-12 school portfolio in Oregon, serves as project manager for the renovation of the historic Portland Building and is reworking the Hawaii Volcanoes National Park layout to improve safety at the active volcanic site on the Big Island.

In addition, Otak is growing through mergers and acquisitions. Founded in 1981 by Nawzad Othman, Ralph Tahran and Greg Kurahashi, the firm now has eight offices in three states. Korean firm Hanmi Global acquired a majority share of Otak in 2011, and in 2017, DAY CPM joined Otak and expanded its services to include comprehensive project management and owner’s representative offerings. That same year Otak acquired Loris and Associates to strengthen its design capabilities in Colorado.

Already with nearly 350 employees across Oregon, Washington and Colorado, Hamann says the firm expects to expand its service lines, take on larger projects and open offices in new geographies, including Salem and Bend, Ore. The company also hopes to expand from neighboring cities into downtown Seattle.

Otak is in discussions about acquiring offices in new states with similar Northwest-themed values. But with expansion comes a requirement, Hamann says, “to take care to maintain quality delivery at the same time.”

Otak has hired 17 new employees in the last couple of months and has 30 open positions, with an expectation to employ more than 400 people by 2023. 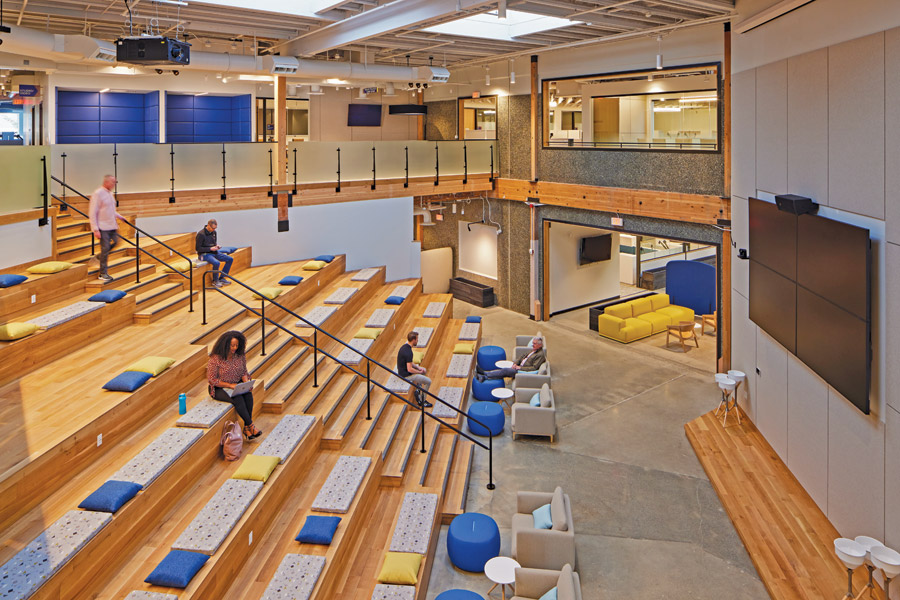 Otak has a history working with Community Transit of Snohomish County, including the planning, landscape architecture, civil, architecture and structural design of the Merrill Creek operations base.
Image Courtesy Otak Inc.

Otak continues to be a leader in environmentally focused projects, and it backs its practice with an in-house commitment. Now carbon neutral, Otak is more about positioning itself for the future and what its wants to be as a company, Hamann says. He acknowledges that being carbon neutral may help in the selection process on some projects, but the policy also embodies the company’s philosophy about sustainable design.

Hamann says the firm looks to take a strong position from the outset of planning to push sustainability practices beyond normal expectations. “We are really looking to the future of the industry,” he says. “And we have to stay ahead of it.” 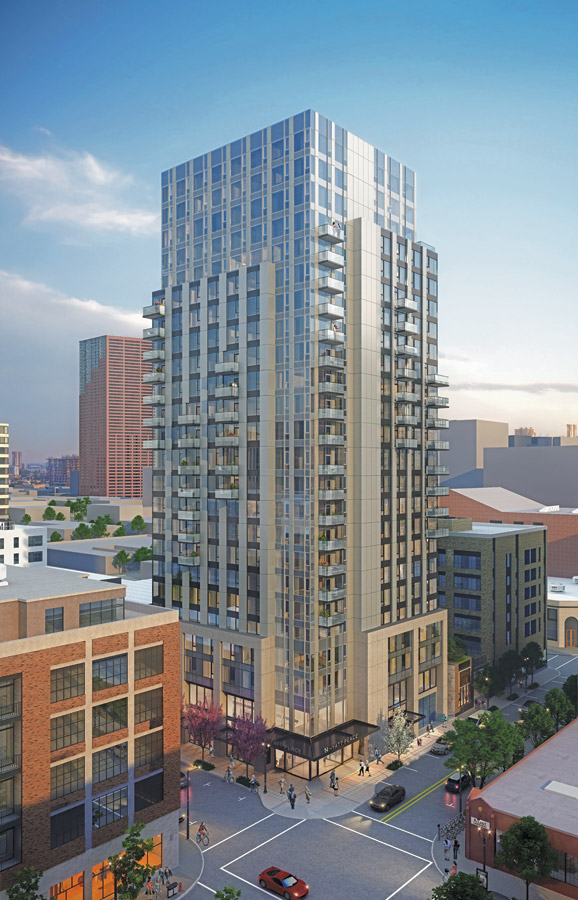 One area where Otak continually seeks improvement is in diversity, equity and inclusion, both internally and as part of its outreach. Now with a full-time, executive-level DEI director, Otak has made diversity not only part of its project design but also key to how the firm recruits staff and puts project teams together. “We are making headway,” Hamann says. “We still have some distance to go.”

To further establish itself as a regional leader, Otak has initiated a policy this year to pay disadvantaged businesses and small business subs within 30 days rather than using a standard pay-when-paid process. With cash flow typically an issue for small firms, Otak believes that paying firms promptly gives them better opportunities to win contracts and gain experience.

Relationships have become even more important during the company’s growth curve. Nico Vanderhorst, Otak principal and leader of the Washington/Puget Sound region, cites growth in work beyond the Northwest with the National Park Service, one of the firm’s largest clients. That includes a new five-year contract for studying how parks operate across the country.

Long-term clients also see Otak’s range of abilities and continue to rely on the firm, whether it’s for a recent Community Transit project in Snohomish County or the WSDOT culvert replacement project.

“We do have a lot of long-term clients, and there is a trust there,” Vanderhorst says. “We have grown with those clients in a lot of ways, taking on bigger and bigger projects and responsibilities. These long-term relationships really helped us get through the pandemic because we are their trusted advisers.”

The firm also seeks to win new clients. With the Puget Sound and Colorado regions focused largely on public-sector infrastructure, representing as much of 90% of the projects in those offices, that expertise carries over to Portland, which has a 50-50 split between public and private work.

“We truly are an interdisciplinary firm,” Vanderhorst says. “We are pretty equally balanced between disciplines. There are a lot of other firms who say they are multidisciplinary but may have one or two experts in certain fields. We have a pretty balanced team between engineers, architects, landscape architects and planners [who are] able to do a lot of things in house. That results in a lot of efficiency.”

Melissa Cauley, manager of regional programs and projects for Community Transit in Snohomish County, Wash., says Otak understands the importance of strong relationships with partner agencies and jurisdictions. The firm has upheld that reputation with Community Transit, she says, especially as Otak designs the agency’s bus rapid transit projects.

“They look for areas of win-win to progress our projects forward and create advocates for our agency and our initiatives.”
—Melissa Cauley, Manager of Regional Programs and Projects, Community Transit

“They look for areas of win-win to progress our projects forward and create advocates for our agency and our initiatives,” Cauley says.

One example is Otak’s management of a new Swift Orange Line where the terminus is located on a landfill. “Otak’s experience with this facility and creative ways to deal with environmental issues and challenges of working on a landfill provides confidence to our partner, Snohomish County, and to local community groups that we can complete this project and expertly mitigate any risk associated with this work,” Cauley says.

Kelly Snyder, public works director for Snohomish County, credits Otak’s work on a range of projects, meeting budget and schedule goals while handling complications as they arise. “A number of our county projects come with unique challenges,” she says. “Otak has the required expert level of engineering and communication to succeed with these challenges.”

A $5-million project to breach a deteriorating levee and restore 400 acres of estuary habitat included challenging stakeholder engagement. Snyder says Otak was “key in helping the county build trust with the stakeholders during that engagement process.”

As Otak grows, the company expects to see a natural progression into larger projects, with the firm’s average project size increasing in scope and complexity. Hamann wants to see that continue across all regions, even as the firm gets involved in more environmental and clean water projects and launches a new focus on the tech industry. That includes landing a major tech client in Silicon Valley as project managers for a global campus, and it expects to start work on electric-vehicle battery facilities. “Moving toward tech clients, both in design and project management, is important,” Hamann says.

He says having the right people in place is what creates great projects. “That is the biggest challenge we have,” he says. “If you look at everything we do, it is not about winning projects, it is about getting the right team in place so winning projects and financial results will follow. We are really focused on attracting people.”