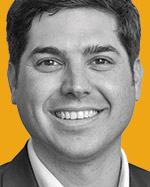 The construction industry in Baton Rouge is trending toward a recovery back to pre-COVID levels, O’Connor says. “Many industrial, turnaround and expansion projects that were postponed during 2020-2021 are now underway.” Large commercial projects include a new Amazon distribution center as well as expansion and renovations to the Baton Rouge Zoo and Greenwood Park, O’Connor says.

“There are ongoing discussions and planning for a new Mississippi River bridge in Baton Rouge along with a new high-speed passenger rail to New Orleans,” he says. “There is also a public spending bill awaiting approval in the legislative session right now, with funds set aside for major projects in the Baton Rouge market along with other areas of the state.”

However, “with interest rates rising and material pricing escalation not slowing down, it’s certainly a concern if we will see building construction begin to slow down more,” O’Connor says. “All things considered, we are optimistic and bullish on our continued growth in the Baton Rouge region and beyond.”