This website requires certain cookies to work and uses other cookies to help you have the best experience. By visiting this website, certain cookies have already been set, which you may delete and block. By closing this message or continuing to use our site, you agree to the use of cookies. Visit our updated privacy and cookie policy to learn more.
Home » Morrison-Maierle Selected as 2022 Intermountain Design Firm of the Year
Mountain StatesMountain States Construction Companies
Top Design Firms | Intermountain Firm of the Year

When was the last time somebody won a major design award and got excited talking about an RV park?

Make no mistake: Morrison Maierle, an employee-owned, full-service engineering firm headquartered in Helena, Mont., has created many spectacular structures over its 77-year history. Notable recent achievements include the soaring, $20-million American Indian Hall at Montana State University in Bozeman and the simple yet striking Kootenai Falls Swinging Bridge, a gracefully curving walkway suspended 35 ft above the swift waters of the Kootenai River in northwestern Montana.

But the engineers at Morrison-Maierle also know that notions of aesthetic beauty comprise just one aspect of design. Depending on the project, aesthetics may scarcely enter the picture. And if form indeed follows function, then the company has taken that concept to a new level.

Call it “mission follows vision.” And in the eyes of Scott Murphy, Morrison-Maierle president and CEO, the vision belongs mainly to the client.

Asked about the company’s design philosophy, Murphy replies, “It’s not so much about our approach to design. It’s our approach to our client relationships. In the end, that’s going to help produce great design work.”

CFO Sonya Leckner takes it further. “We push our employees to collaborate and innovate and to create a solution for the client that fits their unique situation,” she says. “We’re not looking to work on projects that are just repeatable applications of the same solution over and over again. We are client-oriented and looking to apply a solution that fits their unique situation each time. I think innovation is required under that business model.” 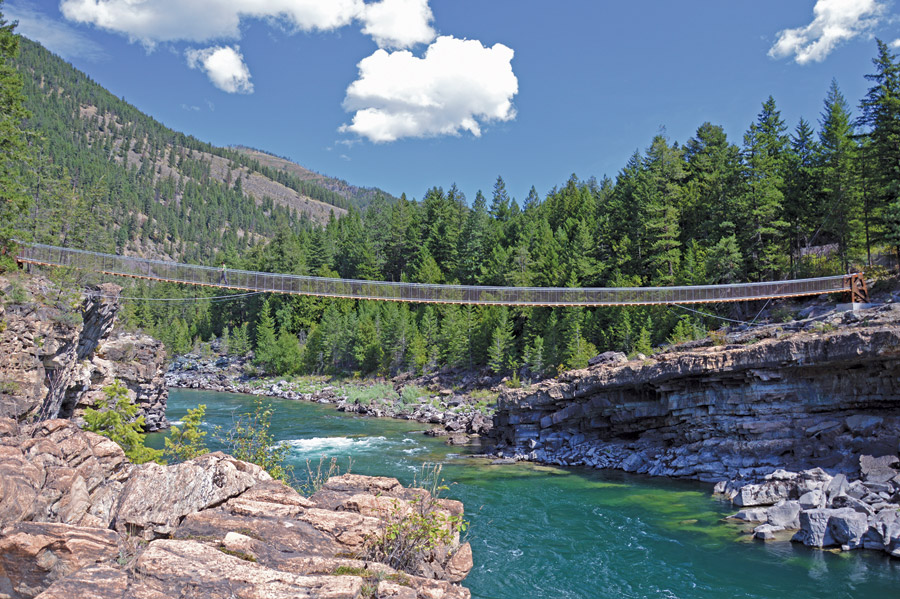 Take that RV parking lot—plenty of innovation came into play there. In this case, it was to make things easier for drivers of recreational vehicles in Yellowstone National Park. Originally laid out decades ago for cars pulling pop-up tents and small travel trailers, the facility now needs to accommodate today’s mammoth-size RVs.

For Xanterra Travel Collection, the concessionaire of various services within Yellowstone, challenges included reconfiguring the parking area; designing water, sewer and electrical systems; creating accessibility for disabled visitors; and accounting for inexpert drivers and their rented RVs—all while retaining as many parking spaces as possible. 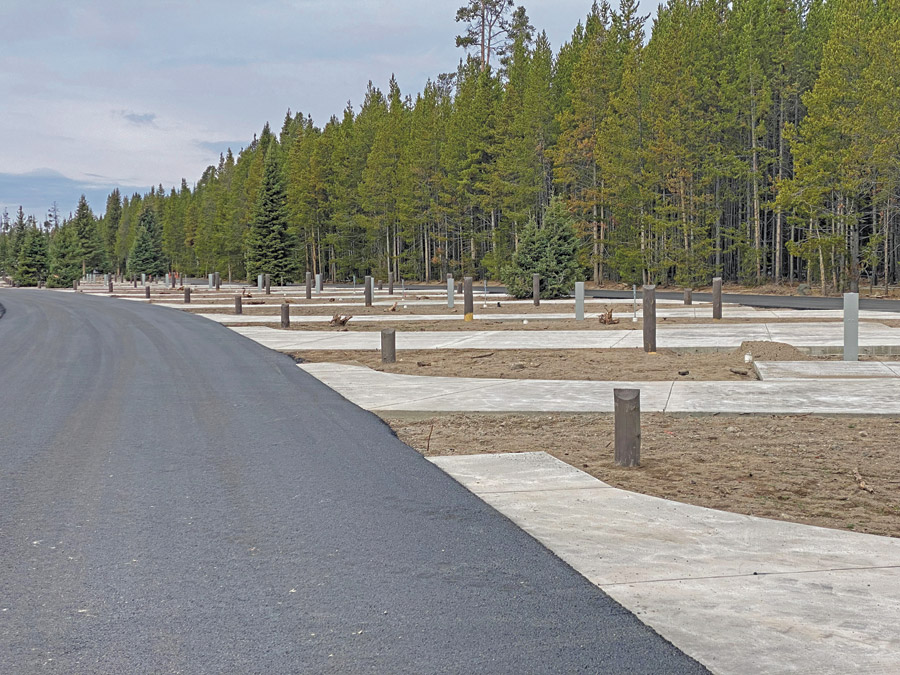 Morrison-Maierle provided options for the upgrade of portions of the only campground in Yellowstone National Park with full RV service hookups.
Image courtesy Morrison-Maierle

“He has been driving with a fifth-wheeler and camping his whole life,” Wickham notes. “Even though he may be doing the design in a computer program, I wanted to make darn sure that we had plenty of turning radiuses because these are not experienced RV people who come here.”

That assignment came naturally to Bomar, who drove his RV to Yellowstone 14 times last year alone.

“The first thing you have to do is understand how to drive a 60-ft-long pickup truck and camper combination, and the limitations you have,” Bomar explains.  He started by making roads at least 4 ft wider than usual and designing gradual corners.

“I even laid out fire hydrants and light poles in areas where there were no turning motions because inexperienced people run over stuff,” Bomar says. “They just make a turn like they’re driving a regular pickup or a car. They don’t realize they have wheels that are 40 feet behind them. 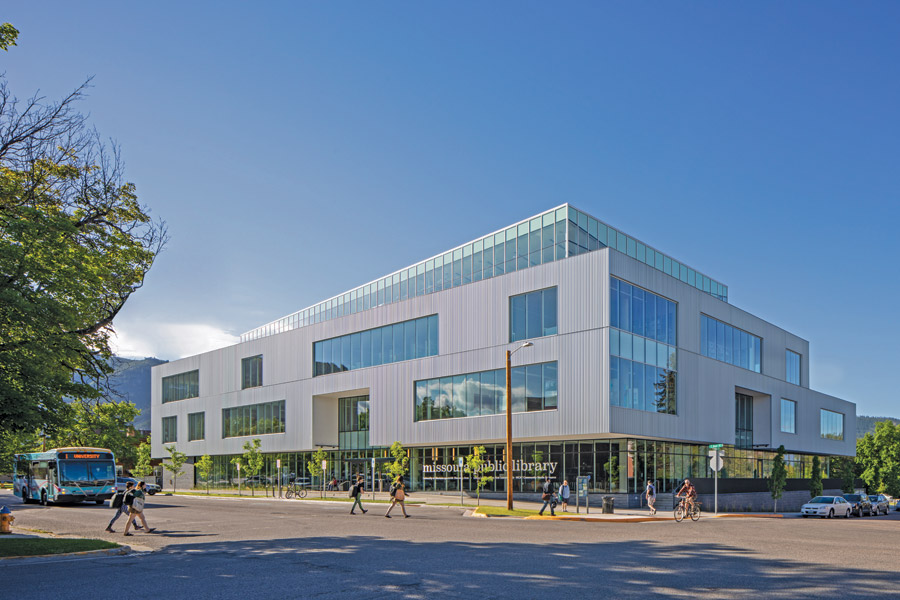 “The other thing when you’re driving a large RV—you do not want to have to turn right,” Bomar continues. “That’s your blind area. So every entry road and every entry and exit spot for the RV spaces is a left-hand turn.”

Additional considerations included campers’ needs to make their motor homes level once parked. RVs contain up to a half-dozen leveling jacks—hydraulic posts that can be adjusted higher, lower and sideways. Anyone who knows a little about asphalt recognizes that on a hot day, the blacktop will soften and be depressed by the weight of the RV, which may be concentrated on a single jack.

For that reason, Bomar specified thick concrete for all the parking spaces. As his client Wickham likes to say, “Yellowstone”—and, by extension, Wickham’s employer, Xanterra—“is in the forever business.” Every structure is built to last for decades. In this case, forever applies to a parking surface that will stay consistently flat under the narrowly focused weight of 10,000-lb vehicles. 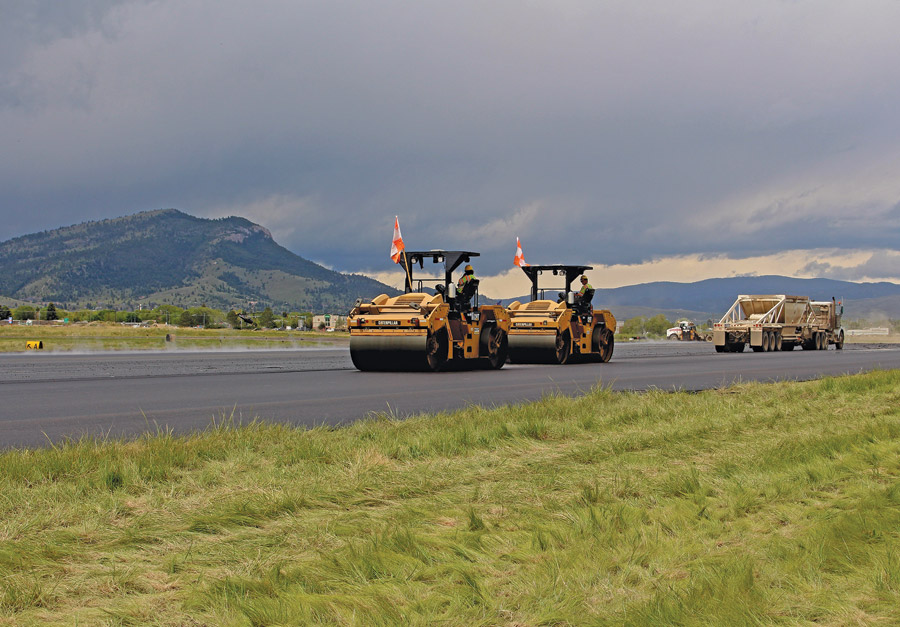 Connected to the Work

“We feel a real connection to the work we’re doing,” Mercer says. That connection, he adds, is linked to the company’s value for relationships with both clients and communities.

“As a firm, we’ve had clients that go back 30 to 40 years,” Mercer says. “My longest-standing client relationship (with the municipality of Bullhead City, Ariz.) is about 15 years. We’ve been through ups and downs; we’ve been through births of children and graduations, and we’ve also done some great water and wastewater work together.”

“I think it’s really creative to have something in mind and draw things that eventually take real form,” Keith says. “And when you’re done, you can go out in your community and say, ‘I remember working on that school or that business over there.’ And you feel like you’ve contributed—making your community better.” 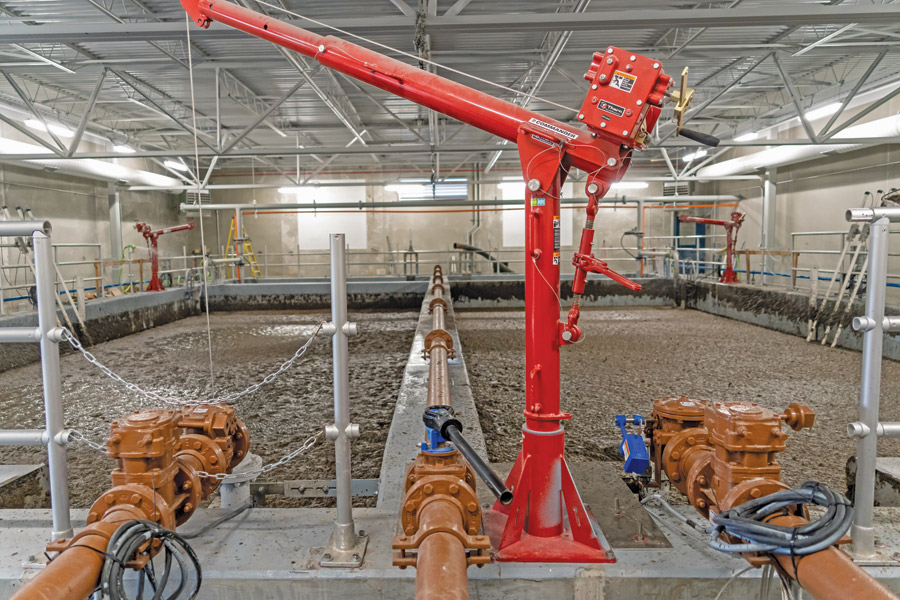 Craig Workman, another Morrison-Maierle client, might well sign off on that.  Workman, public works director for the city of Whitefish, Mont., says the firm has completed numerous projects for the town since at least as far back as the 1970s. In just the past few years, he says, Morrison-Maierle has constructed water-main systems, wastewater systems, roadway improvements and various other infrastructure as well as performing the structural and electrical engineering for a new city hall.

He adds that the company’s innovative solutions have saved hundreds of thousands of dollars and improved the lives of the city’s 8,032 residents. In particular, Workman says, Morrison-Maierle’s work on the city’s cast-iron water mains has reduced lead in the town’s water distribution system, and the firm’s contributions to roadway design have helped to increase safety.

For Morrison-Maierle CEO Murphy, such improvements begin with that tight connection to the client.

Architectural Nexus Selected as 2019 Intermountain Design Firm of the Year