This website requires certain cookies to work and uses other cookies to help you have the best experience. By visiting this website, certain cookies have already been set, which you may delete and block. By closing this message or continuing to use our site, you agree to the use of cookies. Visit our updated privacy and cookie policy to learn more.
Home » Atwell Chosen 2022 Colorado Design Firm of the Year
Mountain StatesMountain States Construction Companies
Top Design Firms | Colorado/Wyoming/Dakotas Firm of the Year

With a history and backlog coming almost exclusively from private clients, Atwell LLC’s expansion into the Mountain States region has proven to be a smart move for the Michigan-based firm. Harry Atwell started in Ann Arbor doing surveying more than 117 years ago, and the company has been growing steadily since then. Today, Atwell LLC serves clients from 30 offices nationwide.

In 2002, Atwell shifted its original focus from land development projects “to a market-sector-based company that was really our platform for growth,” according to Matt Bissett, vice president of power and energy and a 24-year Atwell veteran.

Those primary market sectors include oil and gas, power and energy, and land development for which the firm provides a range of services such as program management, engineering, surveying, environmental and entitlement services, and construction management. Project types include residential and mixed-use land development, infrastructure, utilities, transmission and distribution for investor-owned utilities and support for oil and gas.

Atwell expanded into the Mountain States region via Colorado in 2007 with a handful of staff, a move precipitated by a desire to pursue land development projects and to support an existing renewable-energy client, Leeward Energy, which remains a client today.

Sitework is underway at the Legato West spine infrastructure project, which will support a 600-acre residential development in Commerce City, Colo.
Image courtesy of Atwell LLC.

Atwell continued to grow organically, and two acquisitions of Colorado-based companies further boosted its presence and breadth of services. The first was Lakewood, Colo.-based Peak Power in 2013, which focuses on power engineering, utilities and renewables.

“It really helped us expand our services from a traditional civil engineering design firm to more of a civil and electrical design firm to support that market,” says Bissett, adding that the firm’s subsequent acquisition of a civil land development firm two years later “gave us more of the presence and support” to build that team.

Today, the firm employs nearly 1,000 people across the U.S., with 200 of them located in Colorado offices spanning the Front Range and in Durango as well as a soon-to-open office in Colorado Springs. 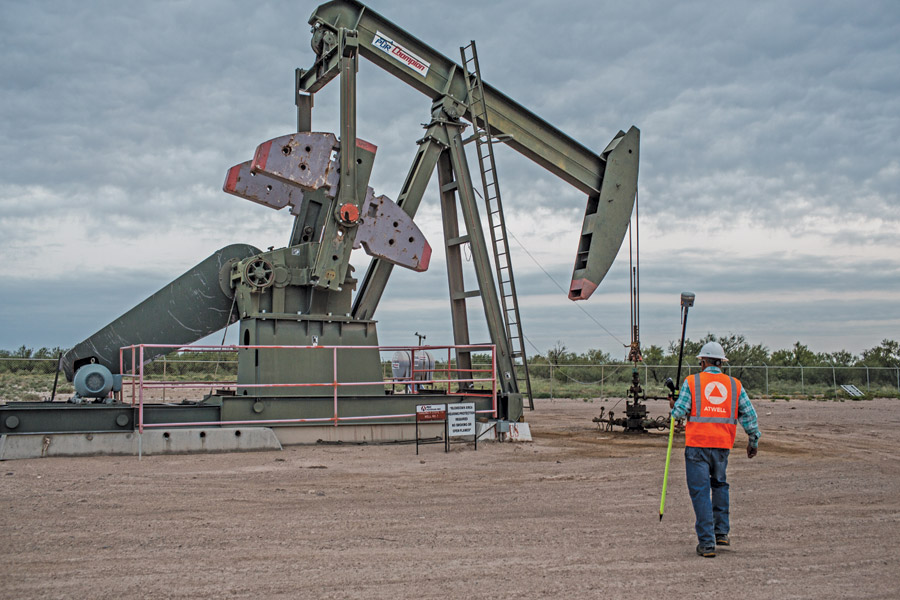 Atwell’s new services for the oil and gas industry include support for carbon-capture projects.
Image by Amy Sacka

The firm’s 2021 Mountain States revenue dropped to $34.4 million, including the firm's Intermountain area office, from $36.9 million in 2020, primarily due to the recent completion of a large wind project in North Dakota. In Colorado, Wyoming and the Dakotas, last year's revenue was $13.8 million. Still, Bissett maintains that Atwell’s expertise and market focus matches current demand. He remains bullish on growth from new service opportunities in renewable energy and carbon capture as well as continued demand for land development services driven by the area’s booming housing market.

“There’s a lot of activity going on between battery-storage projects, solar-energy projects, and we’re probably involved in north of 100 different [renewable] site development-related activities that will eventually be real projects in some way, shape or form,” Bissett says.

“There’s a lot of activity going on between battery-storage projects and solar-energy projects...”
—Matt Bissett, VP of Power and Energy, Atwell LLC

“We’ve really had a lot of success with growth in the real estate market in the last few years and some nice, big exciting projects happening,” says Jeff French, vice president of land development in Colorado. French joined Atwell in 2015 when it acquired his firm, Peak Civil Consultants.

One of those big projects is the Legato West spine infrastructure project, a 600-acre residential and mixed-use development, which at full build-out, is expected to bring 2,000 homes and associated retail and mixed-use facilities to Commerce City, Colo., just north of Denver.

Mike Sanders is a manager with US West Properties, a longtime Atwell client, and has worked with French since 2012. He says Peak Civil’s integration into Atwell was “flawless,” adding, “[French] tried really hard to make sure that everything stayed as much the same as possible.”

He notes the only perceived differences were value-added capabilities in surveying and a depth of additional resources. “If we ever had crunch time on one of our larger projects, Jeff could reach out and tap resources” from other offices with capacity, he says.

Among several of the projects the two have worked on together is a 250-acre development in Parker, Colo., called Stone Creek Ranch. Sanders says it was particularly challenging because it required installation of a sewer line and trail crossing to connect parcels across Cherry Creek. He credits solution-driven, “out-of-the box thinking” that helped make the project successful.

“Jeff was able to come up with a solution that had benefits for both the county’s parks department and the water and sewer district, where we were able to do a fortified crossing with a trail on top,” he says. 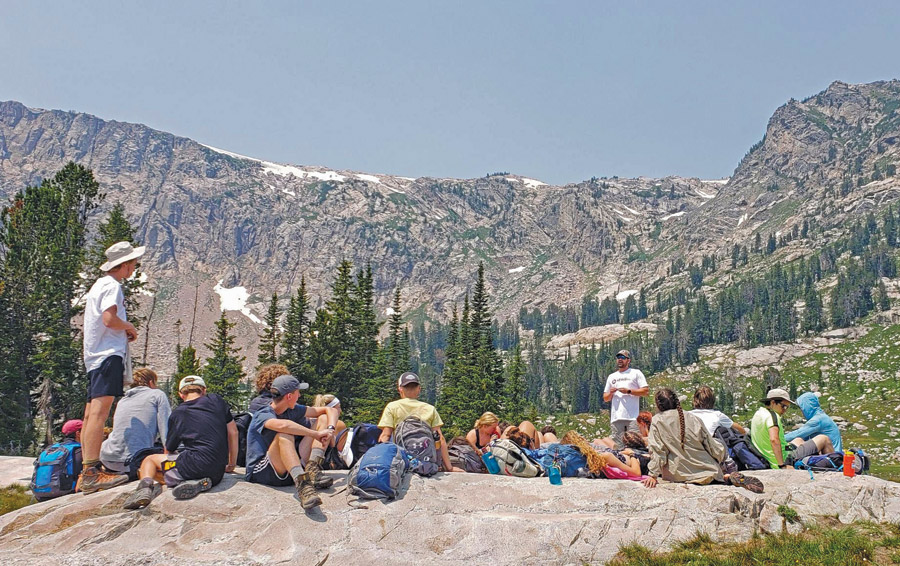 Atwell’s presence in Durango and Denver are key to helping it serve oil and gas projects on the Western Slope and in neighboring states. The firm has expanded beyond its traditional scope of work for oil and gas clients by helping these companies reduce their environmental impact and supporting them on carbon capture and electrification projects.

“A lot of this is still fairly new in the industry and in the market,” says Matt Rosser, Atwell’s vice president of oil and gas. He says one project the firm is working on for a key client is “literally pulling CO2 emissions out of the air. They will pump it into a pipeline; it’s going to be transported a certain distance and then they’ll sequester it into caverns.” He says the process is not unlike those found in underground natural gas storage facilities.

Rosser says other new opportunities come from oil and gas clients who are looking to electrify their assets wherever possible. “We’re bringing power directly into those assets in an effort to minimize their carbon footprint.”

Bissett says the client service and entrepreneurial spirit ingrained in the firm’s flat organization helps it take advantage of these kinds of opportunities. He says what makes the firm different compared with others is that “we have one bottom line of the firm,” adding that this financial structure eliminates the minutiae and burden that comes from tracking individual profit centers, services or disciplines.

That enables the firm to focus on client success by leveraging the best talent wherever they sit. “It’s given us an opportunity to add some good, quality people and presents opportunities for staff to take on additional responsibilities.” 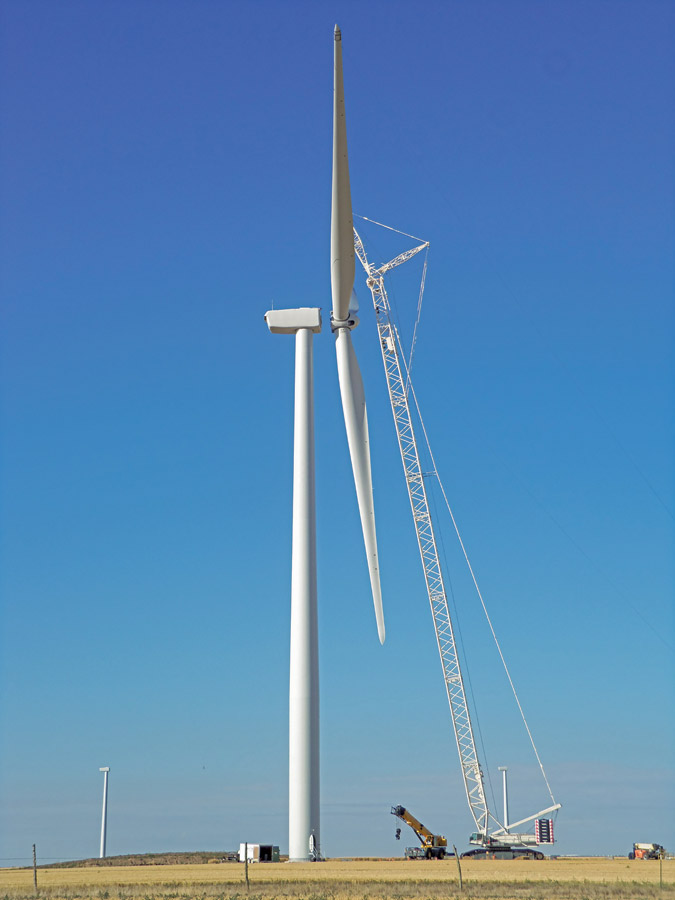 But finding quality people is a challenge because so many firms are competing for the same talent. French says Atwell leverages its relationships to find the right staff. “Talking to people, getting referrals from clients and reaching out to people we know” is a key strategy, he says.

Bissett says firm leaders spend a significant amount of time recruiting on college campuses, and he touts the firm’s internship program, which typically averages 15 interns a year, although this year’s program includes 27 students from colleges across the U.S.

Addie Womack is an engineer in the firm’s land development group who got her start in Atwell’s internship program in 2015. She saw it evolve into a more formal program, and she eventually landed a full-time position after graduation. She says the internship gave her a chance not only to learn technical skills but also to gain insight into company operations.

“I worked with landscape architects, surveyors, engineers, the management team, people from corporate, so it was very broad. I learned professional development skills and just being in an office environment.” She says that’s not something that’s taught in college. “You can only learn those skills when you’re in the office and around seasoned professionals every day.”

Bissett says Atwell’s flat structure helps it quickly adjust as conditions change. “Markets go up and down,” he says. “It allows us the ability to share resources and provide stability for people to make [Atwell] a lifelong career.”

Martin/Martin Chosen 2018 Design Firm of the Year in Colorado, Wyoming and the Dakotas

JLG Architects Chosen 2019 Design Firm of the Year for Colorado, Wyoming and the Dakotas