This website requires certain cookies to work and uses other cookies to help you have the best experience. By visiting this website, certain cookies have already been set, which you may delete and block. By closing this message or continuing to use our site, you agree to the use of cookies. Visit our updated privacy and cookie policy to learn more.
Home » Utah DFCM Selected Intermountain Area Owner of the Year
Mountain StatesMountain States Construction Companies

Construction officials from the state of Utah are facing a new challenge this year—and it’s not due to the pandemic or budget shortfalls or any of the usual suspects from the recent past.

In fact, project funding statewide is solid. In many ways, Utah is awash with cash—from the deep coffers of a private sector eager to invest in one of the country’s fastest-growing areas to the generous $1.8 billion in monies from the state Legislature allotted for projects, nearly double last year’s total, and the most after several years of fiscal growth. And that’s before any funds arrive from the recently signed federal infrastructure act.

The Utah Division of Facilities Construction and Management also has plenty of work underway, with 439 projects in some stage of planning, design or construction, according to Jim Russell, DFCM division director.

The biggest problem facing Russell and his state DFCM team this year is near runaway inflation, an abrupt jump in costs driven by surging materials prices and more expensive labor.

“Costs have gone up dramatically, especially for concrete and steel,” Russell says. “And that’s pushing project costs up for us.”

National trends bear that out. The price of nonresidential construction materials jumped more than 21% from February 2021 to February 2022, according to the Associated General Contractors of America, which is expecting even worse cost pressures this spring. Prices are up by double digits for nearly all categories of inputs—more than 20% for the indexes covering copper and brass mill shapes, at 24.4%; lumber and plywood, up 22.5%; asphalt and tar roofing and siding products, up 22.5%; gypsum products, up 20.7%; and architectural coatings, up 20.3%.

“Since the time these prices were collected, multiple increases have taken effect for metals, fuel and trucking, while supply chains have become even more snarled,” says Ken Simonson, AGC’s chief economist. How prices will be affected by the war in Ukraine and a bigger demand for materials in Europe remain to be seen, he says. 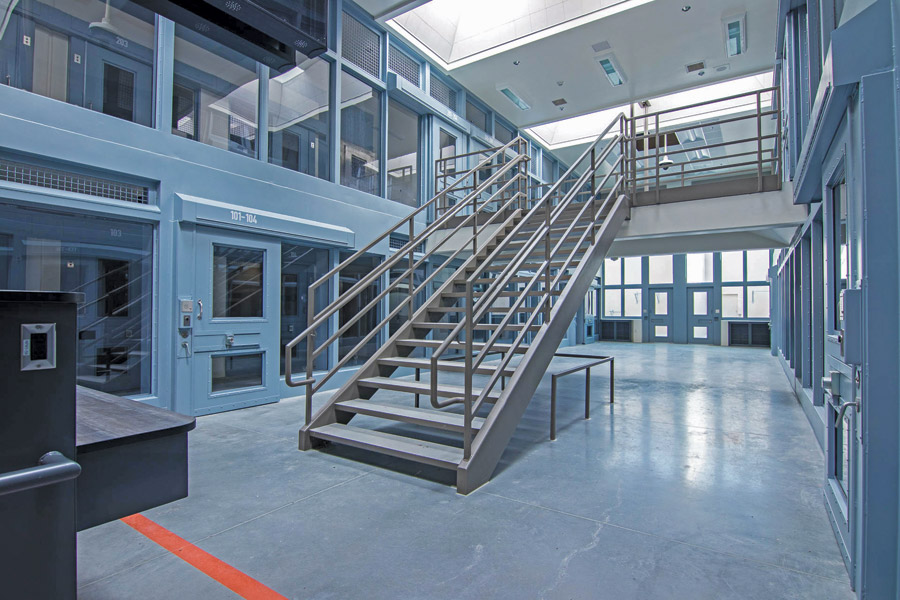 The new Utah State Correctional Facility project is now on track for a May completion.
Image courtesy Utah DFCM

To combat that price inflation, which Matt Boyer, DFCM’s assistant director of capital development, says has reached nearly 8% this year, the Utah Legislature is mandating what Russell calls “a year-long pause” in starting work on some state-revenue funded projects. Construction cannot start on fiscal year 2022 projects other than those funded by bonds or other alternate sources until July 1, 2023.

“Costs have gone up dramatically, especially for concrete and steel, and that’s pushing project costs up for us.”
—Jim Russell Division Director, State of Utah DFCM

The intent is “for this escalation to cool off a bit,” Boyer says. The pause could even affect some projects that have already been approved. “We just move forward until we know otherwise,” he says.

The delay also arose from a dearth of bidders on some state projects. In one case, only a single bid emerged from the process; other projects had only two bidders. Worse still, some bids are coming in at more than double the budgets, Russell says. “It’s hitting our smaller projects—like capital improvement work in the $2 million to $3 million range—even more. We’re just biting the bullet on some of them,” he says.

Still, the Utah DFCM has an impressive portfolio of projects that are finished, already underway or nearly complete.

The $1-billion Utah State Correctional Facility west of Salt Lake City, which started construction in 2017, will be complete this spring (see related story, p. MS26). The 1.3-million-sq-ft facility, described as a small city in itself, required a complex bidding and procurement process the DFCM staff managed “like a puzzle” that entailed 53 bid packages and more than 400 subcontractors.

The University of Utah West Village Family & Graduate Housing project, home to graduate students, international students, married students and students with families, is adding three new buildings in a $109.5-million project led by Jacobsen Construction and VCBO. The work, which builds 504 modern apartments and several community gathering spaces, will be complete in July 2023.

For another higher education endeavor, the innovative $78.4-million U of U Helix project, Okland and MHTN Architects are creating a new campus office building with private offices, workstations, informal collaboration spaces, meeting rooms, a coffee shop and gym. The project, scheduled to finish in October, will include a nearly 450-ft-long bridge connecting to the university’s Moran Eye Center.

VCBO and Layton recently completed an $80-million expansion at the south end of the University of Utah football stadium, known as the Ken Garff Performance Zone. The project increased the number of seats to nearly 52,000 and added amenities for athletes, including new locker rooms for both teams, a sports medicine room equipped with X-ray capabilities, a media room for interviews and a club section at field level.

Those are only a few examples of the 300-plus projects handled annually by the DFCM’s capital improvement group, says Darrell Hunting, assistant director of capital improvements. His team’s goal is to complete projects the same year they are funded, but he says a heavy post-pandemic workload means only about 86% of the full list will get done this year.

The department has $192 million in current funding, “a significant increase from past years,” Hunting says. “But with the extra funding comes a bigger workload, and that’s a challenge in itself.” Projects are bidding 20% to 30% over budget this year, he says. He has 17 project managers on staff now and is looking to hire more. 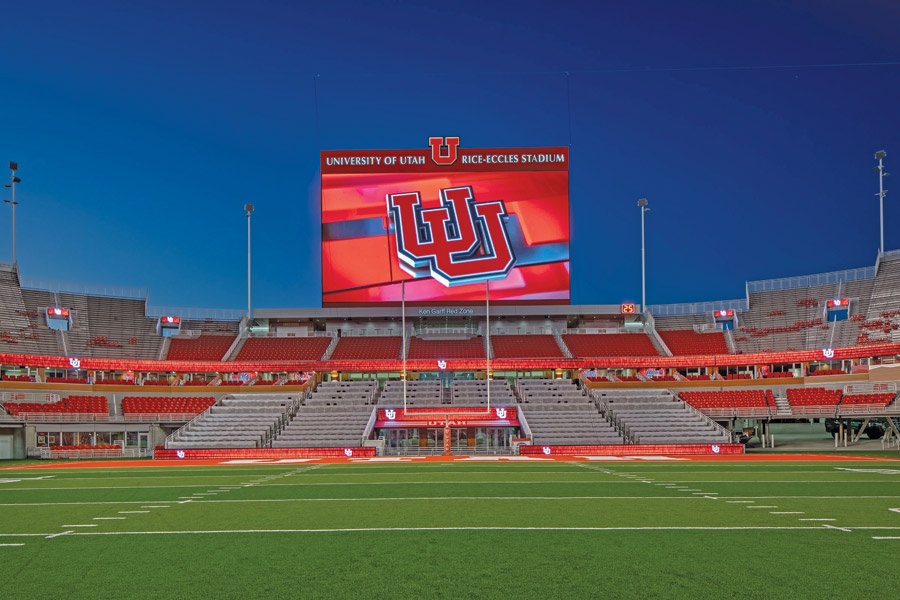 Meanwhile, the DFCM is seeking ever-higher building standards in both quality and sustainability. “Our own standards push past LEED,” says Sarah Boll, DFCM’s assistant director of building performance. She says that the state’s standards push improvement on many levels, including achievement of significant reductions in air leakage on a whole-building basis. “We expect to own our buildings for at least 50, or perhaps 100 years, and we require enhanced commissioning at every level. That helps the end-users get more out of their facilities,” she says.

As in the private sector, the pandemic has forced the state to rethink the use of space in most buildings, with office space needs reduced by 25% overall. “People don’t come into the office now just to use a desk,” Boll says. “They come to interact with co-workers as part of a team.” That means the state is seeking more consolidation of services, combining functions within buildings rather than creating single-user agencies within a facility.

The DFCM also is renewing efforts to help state agencies benchmark water consumption and improve operations to save water resources, in accordance with a new state mandate to reduce consumption. To that end, Boll’s team is working to create a better centralized data base and facilities assessment tools that look to the future to help agencies plan their maintenance needs and better conserve resources.

University of Utah Chosen 2018 Intermountain Owner of the Year