2022 Owner of the Year: Invenergy Wins With Wind 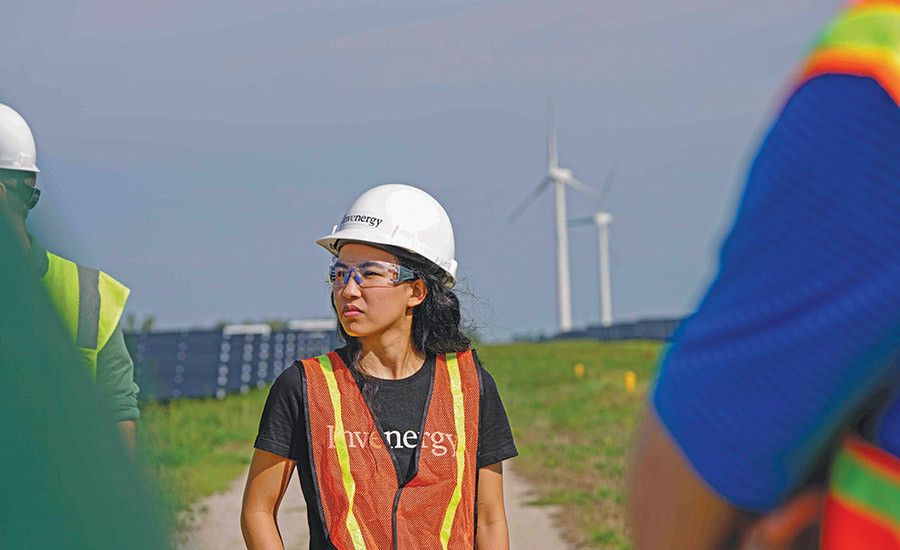 The Midwest region accounts for 64 of those projects, including 38 wind projects, 17 solar, three natural gas facilities and six storage projects. They account for 11,650 MW of electricity generation capacity and more than $72 million invested annually in local taxes, landowner payments and wages and benefits for workers.

“This is our backyard here in the Great Plains and in the Midwest,” says Jon Saxon, senior vice president of renewable development at Invenergy.

Saxon says there were several factors driving demand for renewables that have led to Invenergy’s market position and growth in the region, with cost-effectiveness being the first.

“It’s not just about the fact that this is sustainable energy, it’s the most competitive energy,” he says. “We’re seeing that from our utility customers, our commercial and industrial customers that have very electricity-intensive operations. They want sustainable energy and they want cost-effective energy. And we’re able to deliver that.”

“Their ability to provide a project that is buildable, permittable and then functional from an economic standpoint is very good.”
—Chris Hanson, Executive Vice President, IEA

Saxon says Invenergy’s growth has also been propelled by the contractors it’s worked with on a portfolio that’s almost exclusively large-scale projects. One of those contractors is Indianapolis-based Infrastructure and Energy Alternatives Inc., a contractor focused on renewable energy projects. Chris Hanson, executive vice president of IEA, says the company has worked on at least one project a year, and usually at least two, for Invenergy since 2006.

“Their ability to provide a project that is buildable, permittable and then functional from an economic standpoint is very good,” Hanson says. “They have a good development team. We would consider Invenergy as a Tier 1 developer.”

Hanson says the projects it has worked on, no matter how remote or how daunting the scale, have always been well planned, designed and thought out by Invenergy. These include wind energy generation farms across the Midwest and a few in Texas. “It’s just been a very purposeful, deliberate and good functioning business relationship for a decade and a half.”

“One thing we really pride ourselves on is a partnership model and that spans the entire life cycle of these projects,” Saxon says. “It’s how we approach the communities where we’re developing in and the stakeholders that we’ve got within these communities. It’s also how we approach our construction contractors. It’s building these relationships and that trust with every decision we make throughout the development life cycle.” 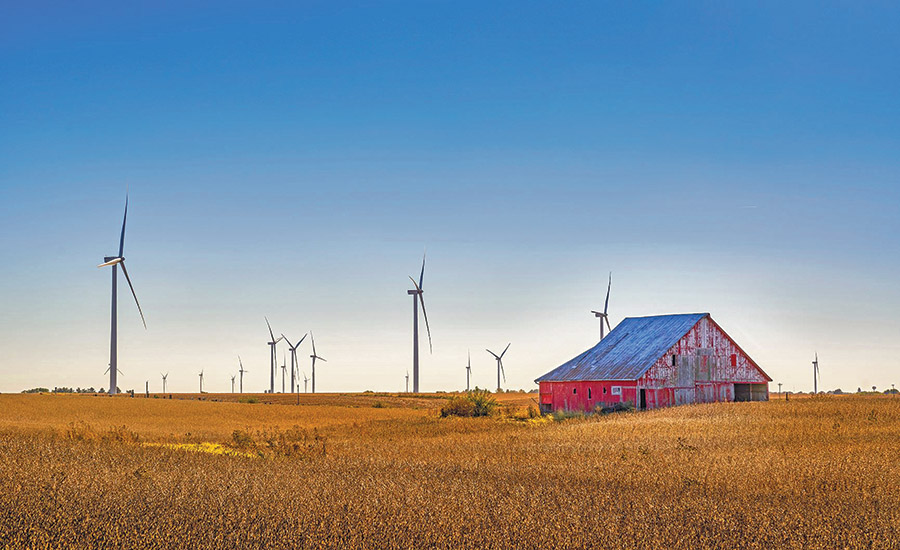 This Owner of the Year is not resting on its laurels. Invenergy and its partner energyRe in February won an 83,976-acre area of seabed auctioned by the U.S. Bureau of Ocean Energy Management (BOEM). The winning bid of $645 million secured a lease of OCS-A 0542, one of the largest leases awarded in the New York Bight offshore wind lease.

“We’re poised to be successful in offshore, and we see a lot of synergies between our business offshore and on, and we’re excited about advancing our efforts there and deploying offshore wind technology here in the coming years,” Saxon says.

Like all energy providers, Invenergy’s biggest challenge remains getting the power it generates to load centers and, eventually, homes and businesses. Saxon says one of the key challenges for the deployment of Invenergy’s projects at scale continues to be getting to the resource rich areas to build and then getting that electricity to load centers.

“The transmission side of the equation is something we spend a lot of time on,” he says. “There are a lot of places that have a high wind resource, have a good solar resource throughout the Midwest, but these are areas where there’s not a lot of demand for electricity. So, how do you get that energy from where you know you can site the projects to the places where the electricity is needed?”

Saxon says Invenergy is working on several transformative energy transmission projects and remains committed to siting its projects in places where the company can bring the bounty of resource-rich energy pockets to load centers across the Midwest.

USACE Earns Owner of the Year Honor for its Flood Fight, Other Projects