This website requires certain cookies to work and uses other cookies to help you have the best experience. By visiting this website, certain cookies have already been set, which you may delete and block. By closing this message or continuing to use our site, you agree to the use of cookies. Visit our updated privacy and cookie policy to learn more.
Home » Dick Saunders Selected as 2021 Colorado Legacy Award Winner
Mountain StatesMountain States Construction Companies
Legacy Award | Industry Leaders

Dick Saunders created one of the region’s most trusted contracting firms, founded on his own history of integrity and giving back to the community

“Your honesty, your integrity—that’s all that counts,” says Benson, who led the 67,000-student CU system from 2008 to 2019, and first knew Saunders through Denver-area community work. Saunders Construction has completed buildings on all four CU campuses, and Benson says, “You don’t have big fusses and fights about what you did do or what you didn’t do. If Dick says it, that’s it.”

The 81-year-old Saunders, who retired two years ago from the company he founded in 1972, says he learned the importance of square dealing when he mowed lawns at age 12 or 13. As is often the case, the lesson came through hard experience. 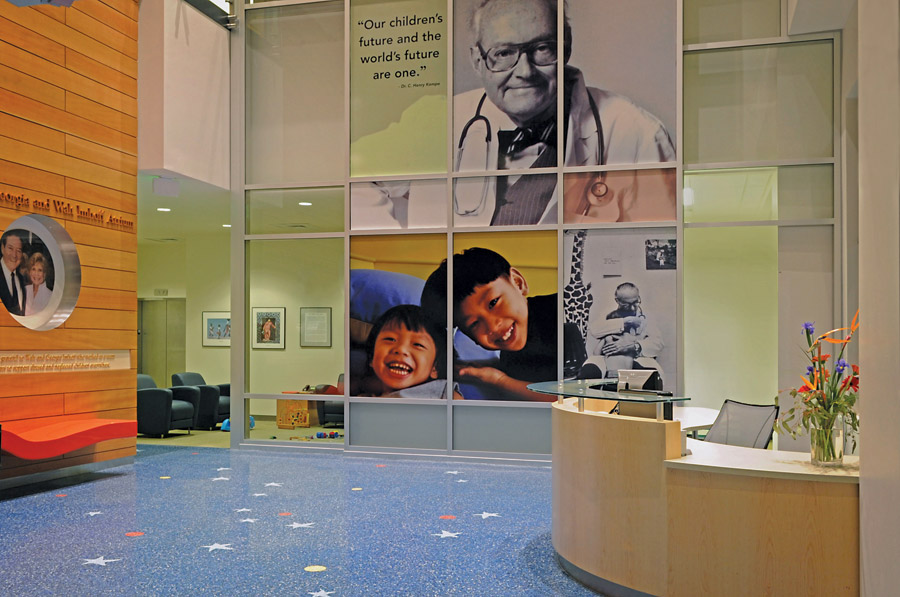 As Saunders tells it, a neighbor in Niagara Falls, N.Y., was taking a six-week trip.  He hired Saunders to trim his grass every week while he was away.  They agreed on a price and shook hands. The neighbor left, and Saunders, in typical adolescent fashion, promptly forgot about it.

Just before the man returned, Saunders suddenly remembered. He rushed to the house, where he found the yard predictably overgrown. Undeterred, he got down to business and was meticulously edging the lawn when the neighbor swung into the driveway.

“Sure did,” Saunders replied.

The neighbor strolled over to the trash can. Lifting the lid, he discovered a tall mound of fresh yard clippings.

“Did all this grass grow just this week?” he asked. 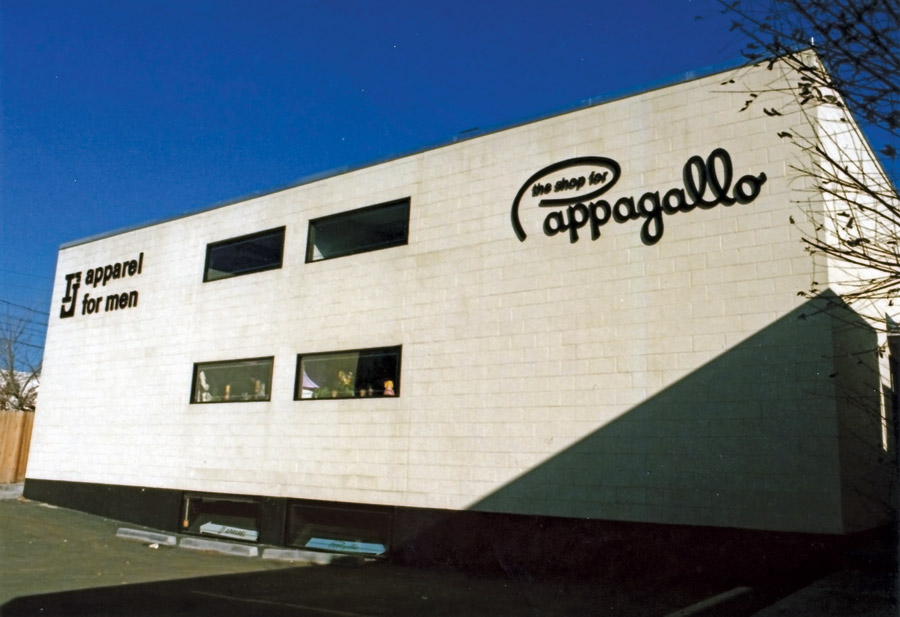 Saunders stared down and scuffed his shoes on the sidewalk. Then he settled for half the price. It may have been the last time he made that mistake.
Says John Beeble, who followed Saunders as president and CEO at the firm and is now a construction industry consultant, “Dick has been a guy who’s never, ever said he was going to do something that he didn’t follow through on. That is what makes Dick Saunders who he is, and it’s what makes him unique.”

That reputation for reliability was central to ENR Mountain States’ selection of Saunders for the publication’s 2021 Legacy Award in the Colorado-Wyoming area.  The honor annually celebrates lifetime achievement in architecture, engineering and construction. 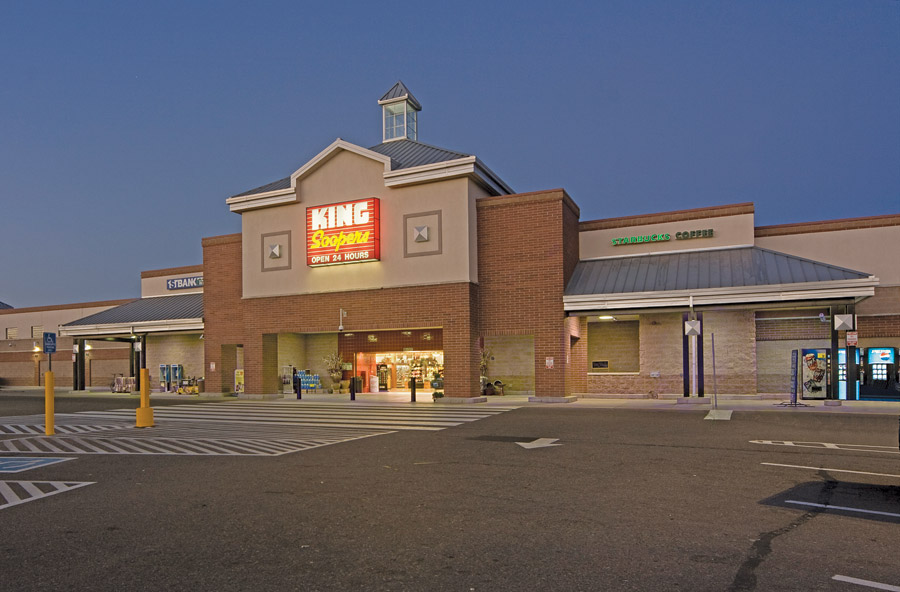 A Lifetime of Causes

“Lifetime” aptly describes Saunders’ career. To escape the growing urban pollution around Niagara Falls and nearby Buffalo, his mother took him and his three older siblings every summer to the family’s cabin in Maine. (Another motivation then, Saunders says, was the seasonal fear of polio.) Walking in the woods as early as age 6, Saunders liked to construct impromptu benches by nailing planks into tree trunks. From those beginnings, a construction magnate was born.

Even with a summer home, which Saunders’ grandfather built in 1928, the family endured tough times. Helen Saunders’ husband left when the four children ranged between 5 and 11 years old. Still, Saunders remembers his mother as a strong provider.

“You don’t have big fusses and fights about what you did do or what you didn’t do. If Dick says it, that’s it.”
—Bruce Benson, Former President of University of Colorado

“I never suffered with food,” Saunders recalls. “I didn’t have a big wardrobe, but I was always clothed and felt comfortable in the environment.”

Saunders readily agrees that his experience growing up influenced his long commitment to Denver-area causes that emphasize education and children, especially inner-city kids.

Saunders has been involved with multiple groups for decades. Those include his alma mater, the University of Denver, as well as organizations such as Colorado UpLift, which helps underserved urban youth; ACE Scholarships, which offers private-school grants to low-income children; Urban Youth Ministries, which develops faith-based leadership; and Mental Health America of Colorado, which provides education and advocacy for people with mental illness. In addition, he has given time to the Associated General Contractors of America, serving on its national board of directors, and was elected to lead the Colorado state chapter.

Another youth organization, the Boy Scouts, changed Saunders’ life. He says his scout leader in Niagara Falls was his most significant male role model. The scoutmaster also had attended the University of Denver and spun stories of jagged mountains, deep powder and blue skies. When it came time for college in 1958, Saunders boarded a plane for the first time and took off for DU. He thought he might even join the ski team. 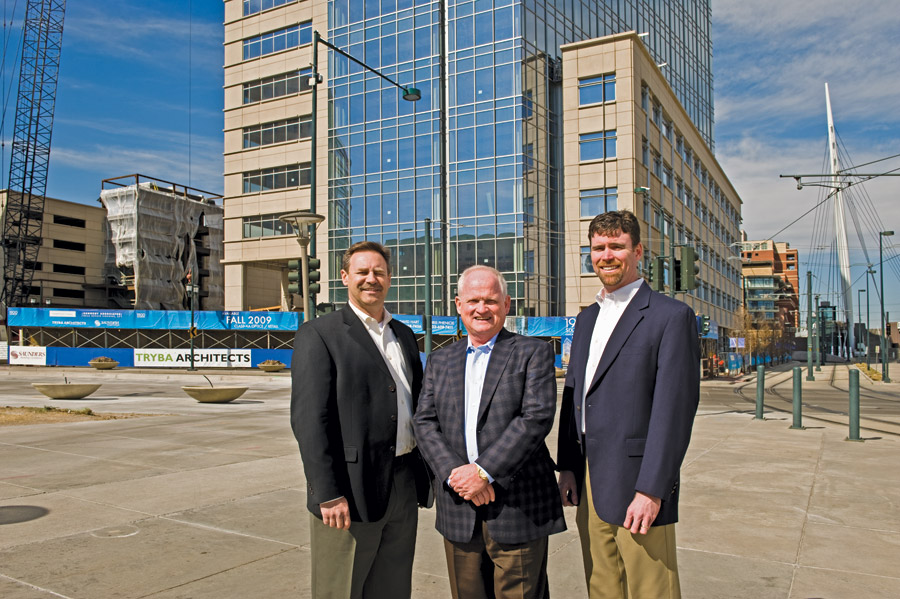 The steep runs of the Rockies, however, proved nothing like the gentle, snow-covered slopes of western New York. In the classroom, too, Saunders found himself going downhill fast. In the middle of his junior year, he says, DU asked him to leave.

Saunders had been working for a local homebuilder to earn college expenses and parlayed his experience into a job as a laborer with R.W. Fenton, a small commercial contractor. If school had been difficult, full-time manual work was even harder. After “getting sunstroke in the summer and frostbite in the winter,” he says he persuaded DU to take him back.

He graduated in 1963 with a bachelor’s degree from what is now DU’s Burns School of Real Estate and Construction Management. He also left with a lifetime of gratitude, which perhaps reached its apex in 2020, when he gave $1.5 million to support the university’s new Community Commons student center, built by Saunders Construction and opened in January 2021. 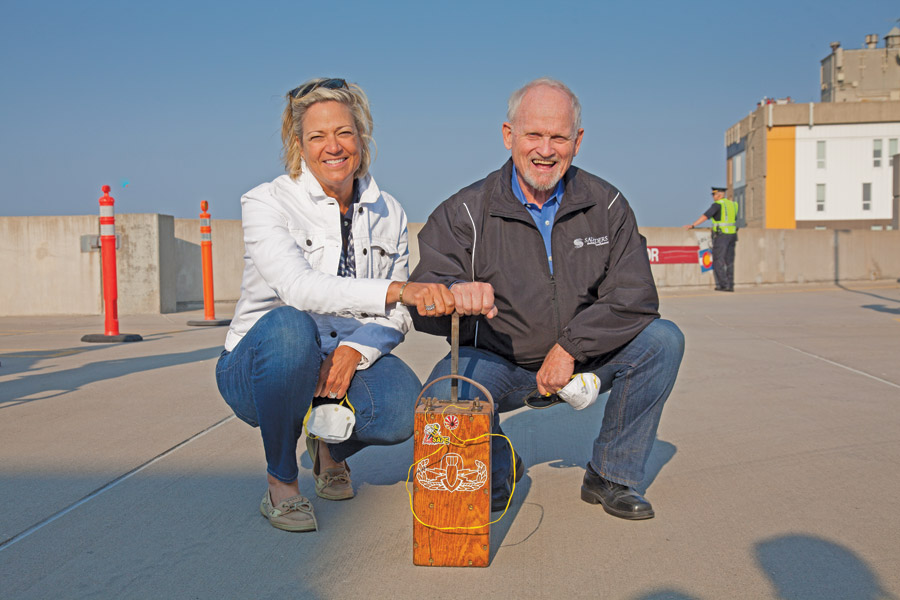 Dick and Jeanne Saunders pose before implosion of the former Biomedical Research Building at the 9th and Colorado Redevelopment project, led by Saunders Construction.
Image by Paul Wedlake

After growing up poor, Saunders had always sought financial security and aspired to own a business. When he was just 30 and with no savings, he took out a $40,000 loan to start forming Saunders Construction. The company’s first job came in February 1972 in Denver’s Cherry Creek neighborhood, where Saunders built an upscale men’s store called Pappagallo.

Retail work became an early specialty. Saunders soon began constructing King Soopers grocery stores, and during the next five decades, his tiny firm ballooned into a diversified, $362-million powerhouse, peaking at $620 million in annual revenue just before the COVID-19 pandemic. A company representative says Saunders now owns just “a small minority share” of the company, with the rest distributed among key members of the 475-person staff.

Current CEO and Chairman Greg Schmidt says Saunders built the business in the early years by working 14 hours a day and always searching for people smarter than himself. Schmidt, who joined the firm in 1994, recalls that Saunders typically arrived late morning and toiled until midnight. He says the regimen continued until 2001, when Saunders, then 60, turned over daily executive duties to Beeble. Schmidt became president in 2011 and assumed the CEO role when Beeble retired in 2015.

Both Beeble and Saunders say they’ve been appalled by the many shady practices they witnessed during their years in the industry. Disgusted and disillusioned, Beeble in 1995 had quit his most recent job and was ready to leave construction when Saunders and other company brass talked him into one last go. Beeble had four offers, and the overture from Saunders ranked last in both money and immediate responsibility. Still, there was something about Dick Saunders and the people around him. 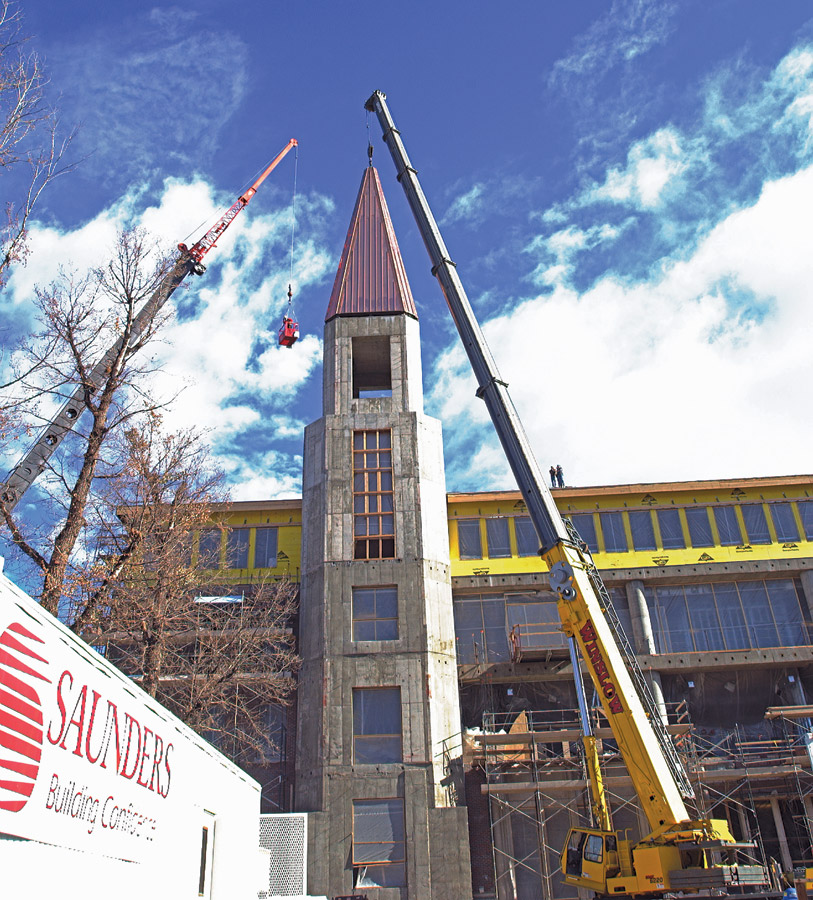 Installation of the copper spire at the University of Denver Law School building, the first higher education and LEED-certified project for Saunders Construction.
Image by Steve Talley

“They were so honest,” Beeble says. “They told me: ‘We think you have a tremendous upside, but you have to show us.’” Trusting a “churning in my gut,” Beeble turned down the other jobs, including two VP positions, and joined Saunders—as an estimator.

“Within the first month,” he says, “I knew I’d made the right choice.”

Before COVID, Beeble met monthly with Saunders for lunch, distracting him from his frequent golf rounds in Arizona, where he now lives. Saunders still plays golf twice a week with his wife, Jeanne, and his home office in Scottsdale is adorned with three oversized scenes from Cherry Hills Country Club in Denver.

He says he still regularly breaks 100, although Jeanne always wins. Not long ago, he uncharacteristically carded a 90. But when he reached the clubhouse, the manager told Saunders he couldn’t post his score because, on that day, he had played alone.

He may be the only guy in the world who doesn’t trust Dick Saunders.