Situated on a hilltop with panoramic views of four iconic Northwest mountains, Willamette National Cemetery’s natural landscape both helped and hindered its phased expansion. The design-build project for the Dept. of Veteran Affairs (VA) expanded and improved the cemetery after a 38.2-acre land acquisition. The project developed 20 acres of land to provide 6,650 pre-placed crypt gravesites, 3,500 in-ground cremation gravesites, two columbaria with 13,000 columbarium niches and an ossuary with memorial wall. Overall, the expansion project added 23,150 interment sites for service men and women.

The two-year project also remodeled the administration building and added two new maintenance facilities. The team built access roads, laid utilities and installed water-conserving irrigation. It was imperative to mitigate impacts to visitors during construction and those being laid to rest, so crews scheduled work around funeral services and cemetery operations.

The team discovered a number of unforeseen conditions during construction, particularly large amounts of hydrocarbon contamination. Soft soils below the building structure were mitigated, removed and documented, and the project was delivered under the VA’s budget and ahead of schedule. 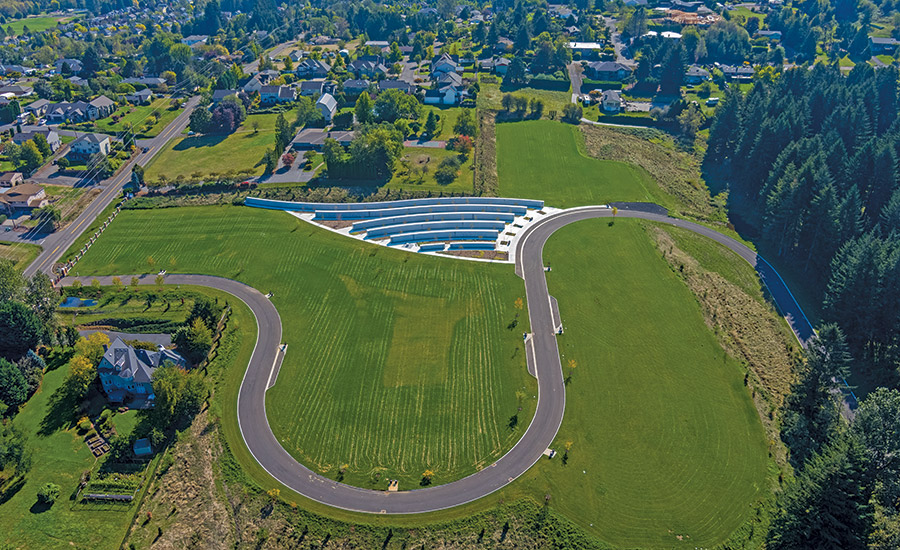 The cemetery’s 38.2-acre expansion area included an 18-acre conservation easement that actually split the land into two parts. But the roadway easement granted to connect the two sides did not consider the road’s impact on the natural environment. The design-build team created a new 24-ft-wide roadway that ran stormwater through biofiltration basins and naturalized ponds. The new designs and features expanded the area’s wildlife habitat and protected stream and wetlands while keeping all cemetery elements outside the easement. The team also conducted careful grading to tie in quickly to existing grades and maintain safe vertical slopes.

The design team focused on managing earthwork, the cemetery’s largest construction cost. The site’s steep natural slopes and unsuitable clay soils required a unique earthmoving choreography and sequence, minimizing the number of soil transfers to save time and money. 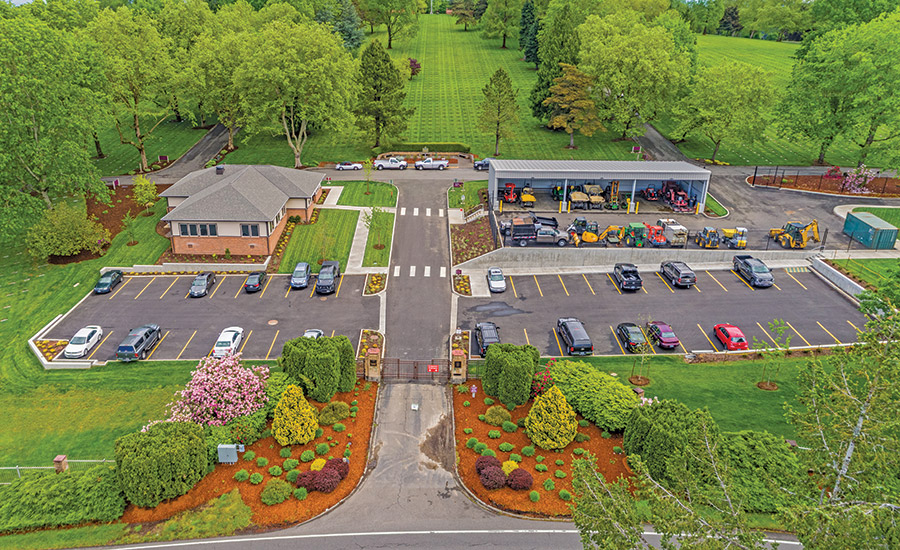 Density testing determined the type of structures and activity the soil would support. Various locations required different densities—a landscaped area would require a different density than a crypt field. When a third-party tester provided incorrect results on roughly 20 readings, Kiewit brought it to the attention of the VA, which judged that the results were close to passing and would be acceptable. Kiewit instead chose to retest each location in question and received passing results.

With views from the cemetery of Mt. Adams, Mt. St. Helens, Mt. Rainier and Mt. Hood, the team considered it critical to incorporate vantage points in the project designs. The undulating terrain included 10% to 15% existing topographical gradients, which presented building challenges but enhanced the natural beauty of the area. The team developed designs that followed the natural slope of the land, placing elements such as columbaria at the high points and planting trees and plants to align closely with the natural environment.