This website requires certain cookies to work and uses other cookies to help you have the best experience. By visiting this website, certain cookies have already been set, which you may delete and block. By closing this message or continuing to use our site, you agree to the use of cookies. Visit our updated privacy and cookie policy to learn more.
Home » Best Renovation & Project of the Year Nominee: Webster Elementary School
ProjectsNorthwestNorthwest Construction ProjectsBest Projects2021
Best Projects

The 53,000-sq-ft building served as a school until 1979, and then as the Nordic Heritage Museum. In 2020, Seattle Public Schools completed a project to allow the building to house an elementary school once again. The team upgraded the existing unreinforced masonry structure, renovated and modernized the building, and added extensive site improvements.

The project team did its homework before beginning construction, but delays in accessing the site and ill-documented previous renovations all resulted in a few surprises. Laser scanning and careful inspection revealed unsupported structures and rooms within rooms hidden behind the walls.

Throughout the project, the team used 360-degree photography to document both current work and as-built conditions before construction. The photos allowed project stakeholders to virtually walk the site, a critical feature during the pandemic when they couldn’t physically visit it. 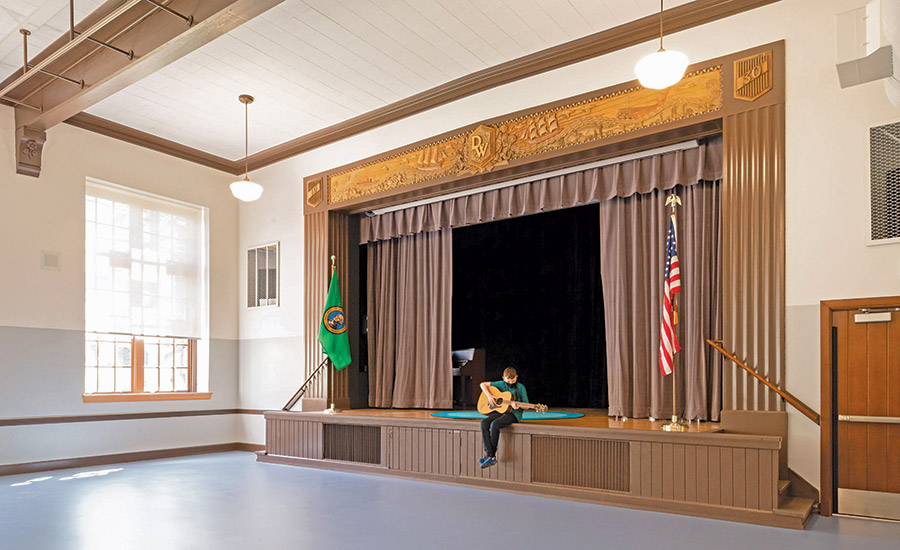 Executing a considerable amount of engineering and shoring on the fly, the team would begin demolishing rooms to find different structures than expected. Any demolition had to be done while supporting existing walls and protecting the original wood flooring. Historically significant features such as the commons, central hallways and grand staircase were preserved, protected and, in some cases, replicated.

Installing drywall and repairing damaged plaster required some Old World techniques such as restoring a century-old metal cornice by hand. Seattle Public Schools’ standards are so tight for electrical conduit that the building could barely accommodate them. The team installed a long routing of conduit to go around corridors and run between the joists. 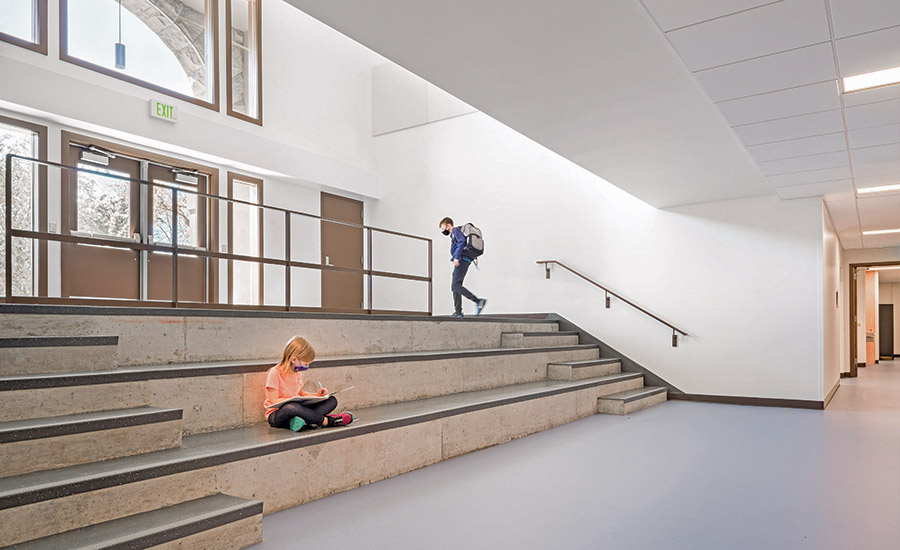 The majority of the renovation and restoration focused on rebuilding the facade, which had been damaged from past renovations. The team found creative ways to match the color of the existing brick, salvaging brick from the interior and cutting bricks in half to create a veneer.

Another consequence of previous renovations was that the floors didn’t align between different phases of construction. The project had a three-story building with a six-stop elevator. The difference between the 1930s renovation and the original 1908 building was about 6 ft, so there was an odd split between the buildings. The team rebuilt all the uneven transitions to create a finished and functional building. 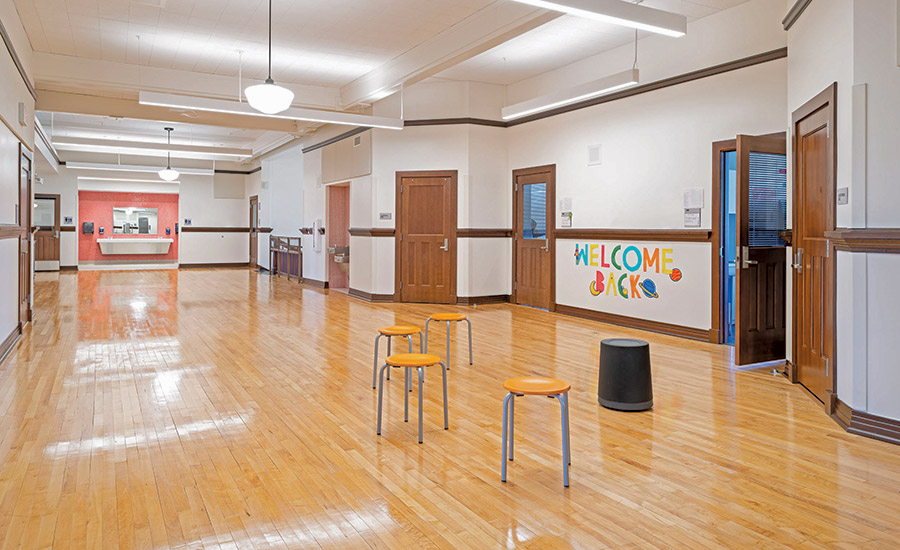 From an aesthetic standpoint, the team mimicked original elements such as the cornice and metal cladding to evoke the building’s original feel. The large polycarbonate windows were scaled to the remaining windows, and the design allowed views of both the building’s old and new main entry. The team made this feature the school’s new front door, referred to as the “hyphen,” to celebrate the connection of old and new.