“As we approached the 20th anniversary of the 9/11 attacks, it was important to reflect on our collective mission to restore, revitalize and re-invent downtown Manhattan,” Silverstein said. 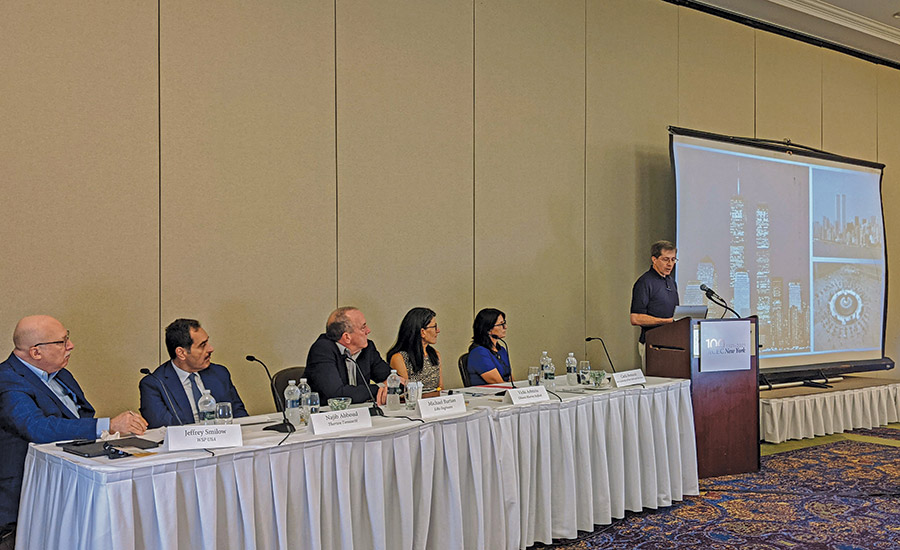 The American Council of Engineering Companies of New York held its fall 2021 conference Sept. 12-14 at the Harbor Hotel in Watkins Glen, N.Y. Its first live event since 2020 featured educational sessions and networking attended by engineering professionals from across the state.

The final day featured a panel discussion about 9/11, reviewing the history of the complex, the response to the attack, plane impact analyses and the rebuilding of the World Trade Center. Many panelists had ties to the site before the attack and told personal stories of their Sept. 11, 2001, experiences.

Southwest On the Scene: November 2021

Midwest On the Scene: November 2021