Totaling 100,000 sq ft across two floors, the tenant improvement project in New York City aimed to provide employees with secure, soundproof spaces to work and communicate with clients, according to the team submission that did not disclose the project owner at the client’s request.

The signature element is an interconnecting spiral staircase with a millwork tree-inspired canopy. A second floor cutout was also required to further open the space and create additional visibility between floors, the team says. After working with carpenters on site to lay out steel and glass to determine precise locations, a large rectangle was cut into the upper-floor slab and infilled to create the two eyebrow-shaped openings. 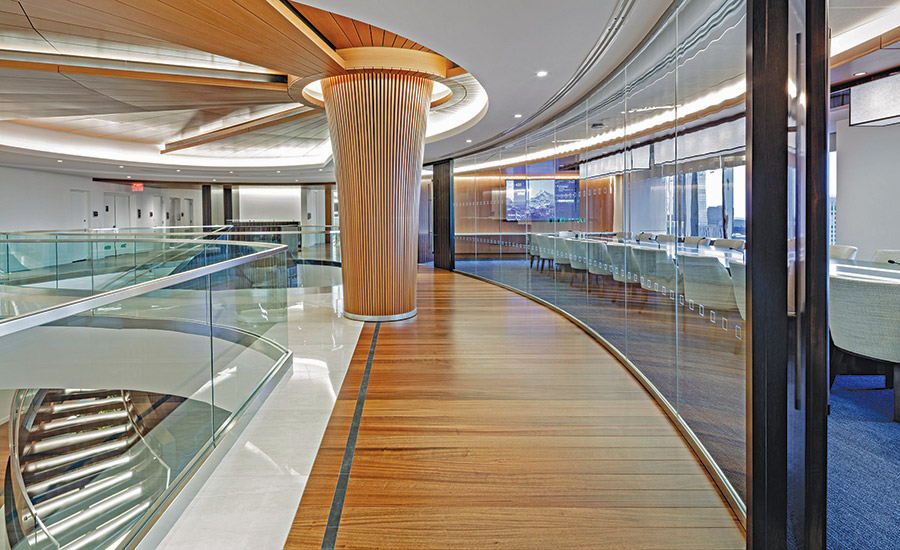 Composed of several tons of steel and curved glass, the staircase and its associated fireproofing were installed over eight weekends to minimize disruptions to the occupied floor below, the team says. The process also required removing and relocating lighting, conduits, ductwork and sprinkler systems without a noticeable effect on the space. Once the main structure was complete, millworkers installed the canopy’s custom-crafted wood slats. 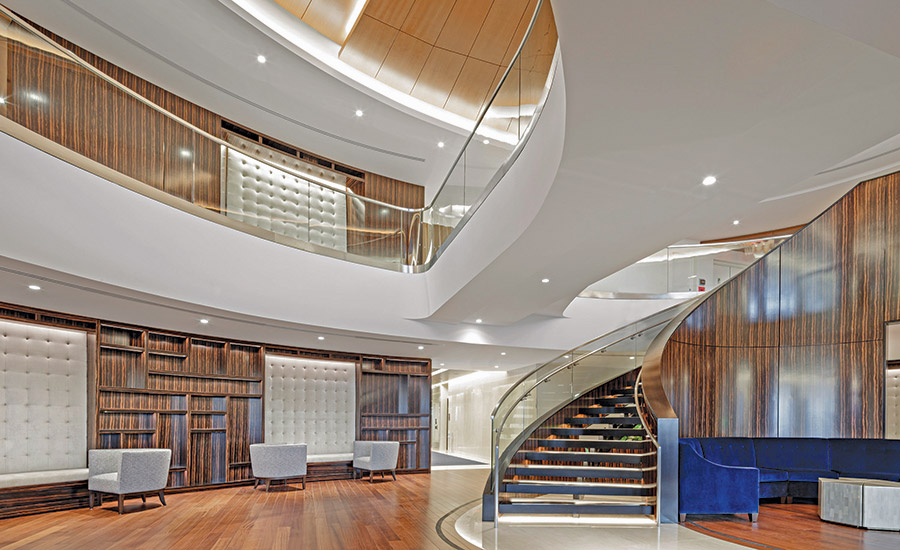 Another project priority, says the team, was to give client staff the ability to control temperatures in their respective areas with a system that is also easy to maintain. The solution was a network of 170 variable refrigerant flow units that augment the main HVAC system. Another 15 pieces of equipment serve larger conference rooms. To maintain the open ceiling design, piping is routed through boxed structures and beams that were designed to appear as if they are part of the original structure. 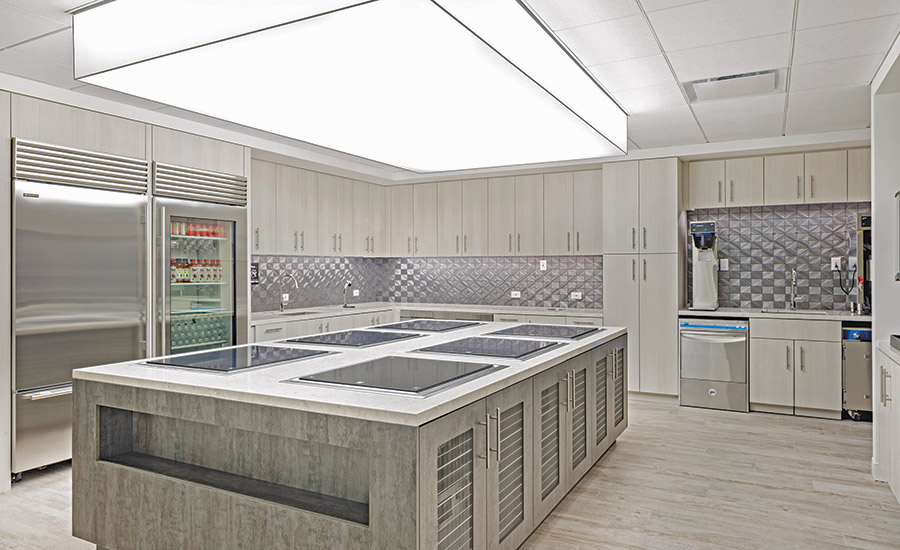 The project was eight weeks from completion when COVID-19 lockdowns suspended construction. During shutdown, the team says it stayed in close contact with subcontractors and the client to retain project momentum. This helped facilitate a rolling restart as restrictions were lifted, with workers returning in phases and work performed under strict protocols. With most building occupants still working remotely, the project team says it was able to use main elevators to quickly transport workers to project floors, enabling them to get a head start on their daily tasks.