With the goal of balancing environmental protection and aviation safety, Short Elliott Hendrickson designed an alternative alignment for the main runway at Duluth Sky Harbor. The airport is located on Minnesota Point—one of the largest baymouth sandbars in the world and home to several state and federally protected species. It’s also home to old-growth pine trees, which were obstructing the flight path to and from the airport. 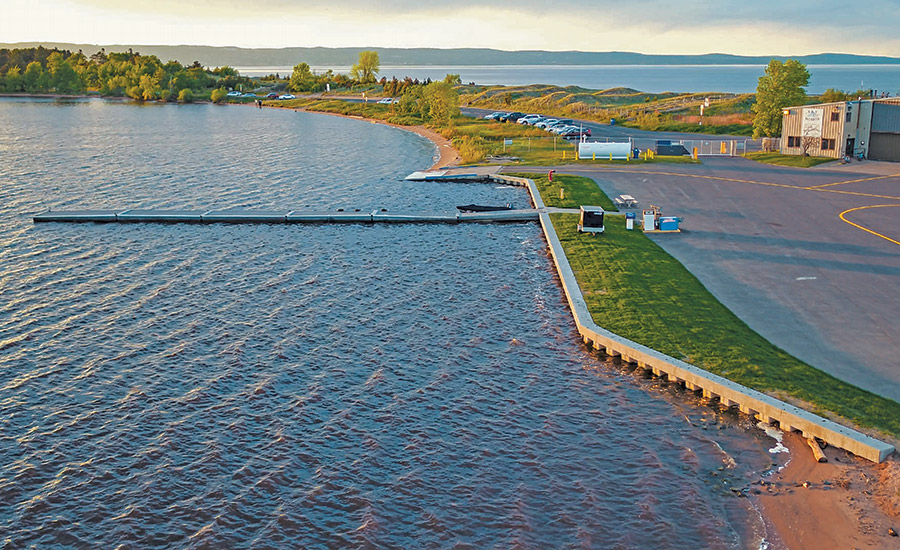 To preserve the trees, which grow in a rare plant community found nowhere else in the state, the design team rotated the alignment away from the woods and into neighboring Superior Bay. To accomplish this, the runway was also shortened in length to 2,600 ft from 3,050 ft. 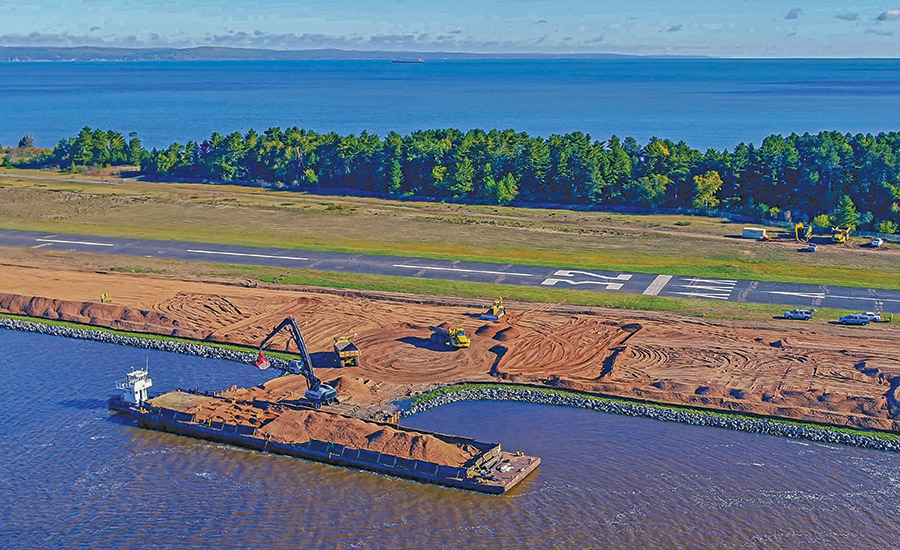 The project created 7.5 acres of new land along the Superior Bay shoreline using 70,000 cu yd of fill. The new land was created over three phased construction seasons, including fill, surcharge for consolidation and surcharge removal. The phasing also minimized runway closures during construction, which was led by Northland Constructors. 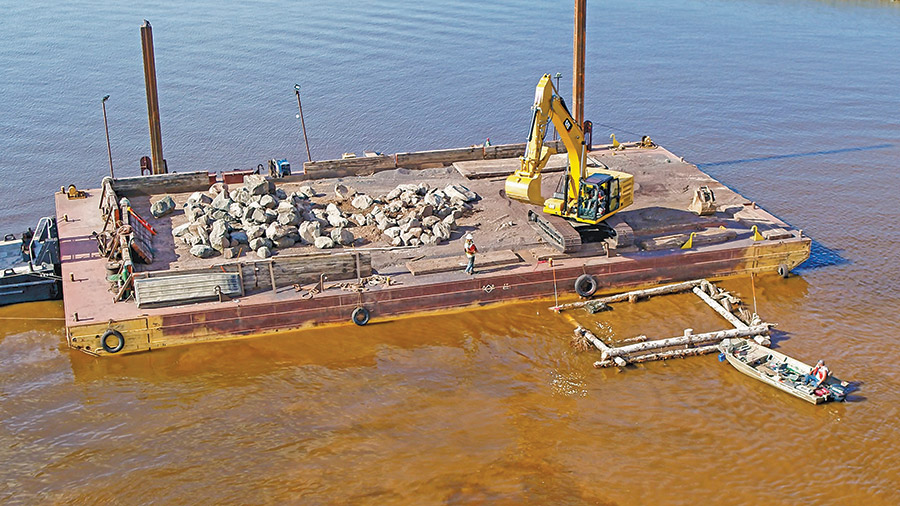 The design team conducted both extensive geotechnical modeling and settlement analysis. During the yearlong consolidation period, settlement plates and sensors were used to compare the actual settlement with designed values. 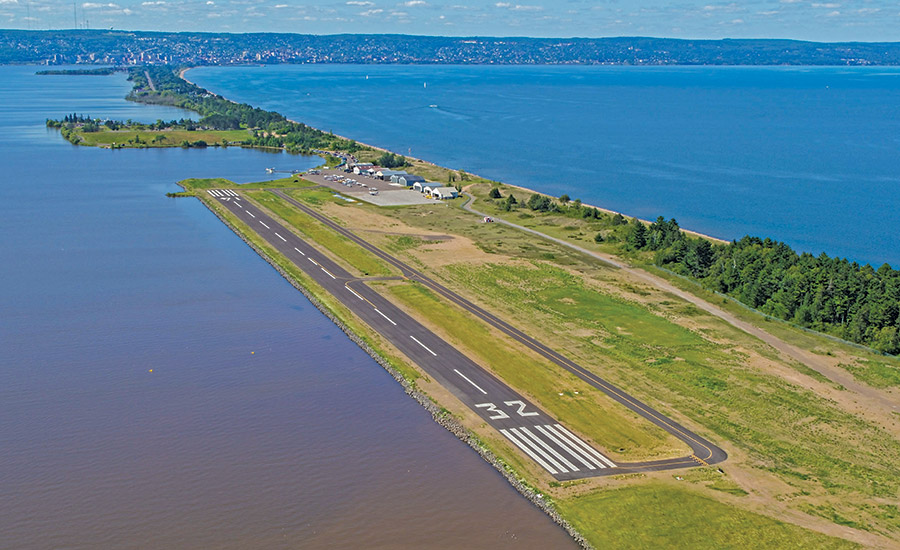 Land access to the site required crossing the Aerial Lift Bridge, a historic structure with a limited load rating. Trucking earthwork and bituminous paving material onto the site would have required more than 12,500 loads, so nearly all of those materials were barged across Superior Bay to the site to reduce traffic on the five-mile-long two-lane access road.