This freeway expansion project added a third travel lane in each direction along an eight-mile section of the toll road between Quincy Avenue and Interstate 70.

The CM/GC collaboration among the E-470 Authority, Kraemer, SEMA and FHU on Phase I led to the selection of the SEMA Kraemer joint venture for Phase II to further improve the corridor.

Other work improved drainage for a future fourth lane in each direction, added wildlife fencing and game ramps and overlaid the existing pavement. The improvements were delivered on time, under budget and with minimal impacts to the traveling public and with no increase in tolls. 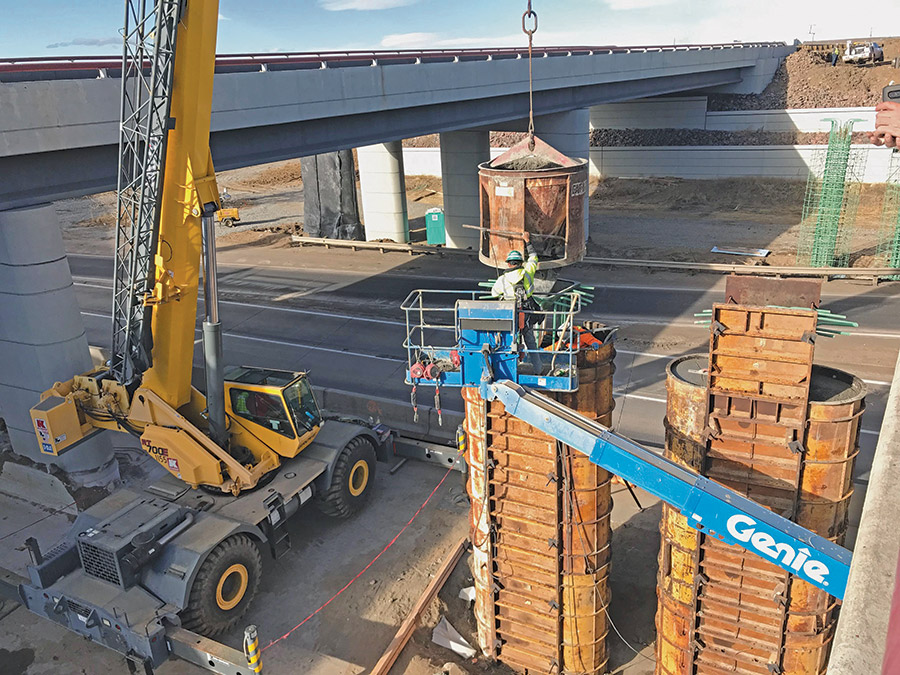 The joint venture contracting team collaborated with FHU to develop innovative designs that limited the need for temporary construction easements or property acquisition.

Coordination of trail connectivity improvements were sensitive to disturbances outside the right-of-way, and the team minimized the construction easement corridor to avoid disturbing open space areas and native vegetation.

The overall approach streamlined the construction schedule, saving almost a year on each phase. It also minimized cost escalations for materials, reduced impacts to the traveling public and ensured the quality and long-term durability of the pavement by doing paving work during the most optimal season. Total project savings were estimated at approximately $1.2 million due to compressed construction timeframes and reduced overhead costs.