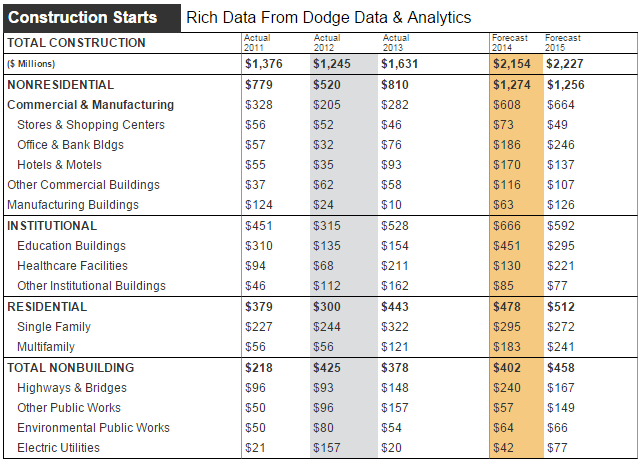 Residential and Non-Building Activity Boosts Total as Non-Residential Hold Steady.
The increase in office, health care and multifamily sectors will offset the decline in education and highways.

Mark Lang VP, Buffalo Office
AECOM (formerly URS): Development along Buffalo's waterfront has been nothing short of an "overnight sensation," Lang says. Current work in the area includes the construction of hockey rinks, hotels, municipal infrastructure and housing as well as a feasibility study for a new Buffalo Bills Stadium, a project that will be "a decade in the making," according to Lang. His firm is also involved in the Rush Creek Interceptor project, which will eliminate a wastewater facility and improve water quality in Lake Erie, a critical step in opening the waterfront for development.