When it comes to design, subsidized housing has earned a mostly dismal reputation over the decades, with New York City being no exception. But since he launched his own firm in the early 1990s in Harlem and taken on numerous projects, architect Victor Body-Lawson has reinvented the tired-old institutional-style template that has long dominated affordable housing design. With a groundbreaking portfolio of work, he has led the way to a new way of thinking about how it should look.

His design for a low-income senior housing complex that opened in Manhattan’s Harlem neighborhood in 2012 called Erbograph Apartments has been hailed as one of the city’s first aesthetically pleasing subsidized housing developments. 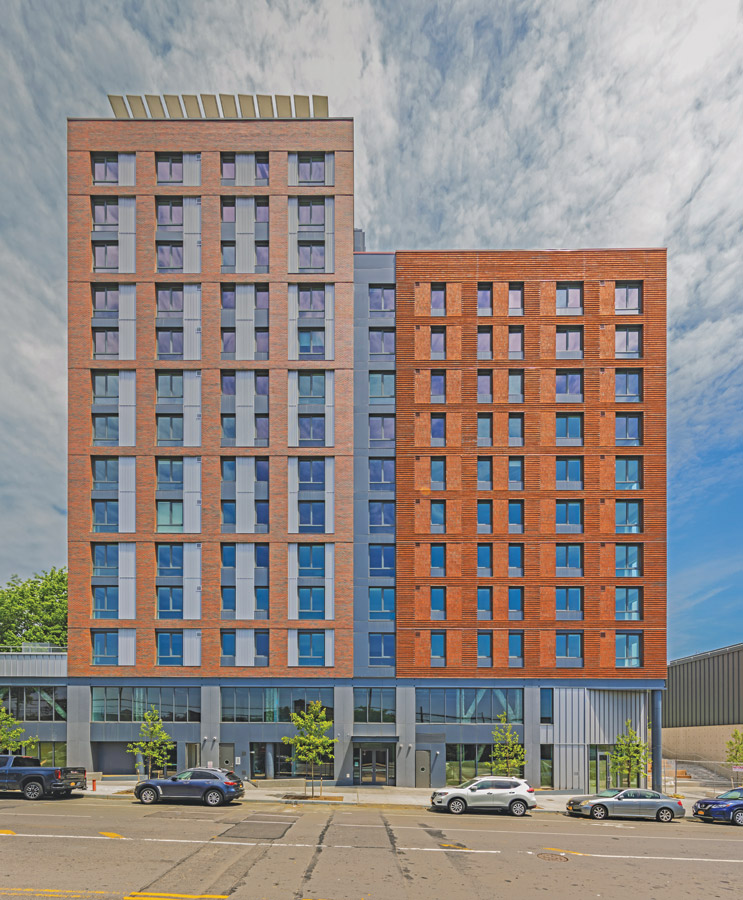 Designed by WXY architecture + urban design with Body-Lawson Associates, the recently completed Building 1B is the first of four mixed-use residential buildings at The Peninsula in Hunts Point, a mixed-use Bronx complex that will include more than 700 units of 100% affordable housing as well as space for light industrial, small business, cultural and other uses.
Image courtesy WXY Architecture + Urban Design

Body-Lawson’s designs are not only a hit with the critics, but city residents also love his work. Some of his buildings have drawn tens of thousands of applications from would-be renters. The architect, who now is principal of Harlem-based Body Lawson Associates, is the winner of this year’s ENR New York Legacy Award.

“The emphasis is on empowering the people in our buildings,” Body-Lawson says. “If someone moves into our building and lives there for 15 to 20 years, by the time they leave the building, they should be better off. That is the objective.”

Claire Weisz, a founding partner of New York City-based design firm WXY who teaches with Body-Lawson at Columbia, didn’t believe it was possible to design affordable housing to be visually distinguished within stringent public housing standards before she visited Erbograph. After that, “I knew it might be possible to destigmatize these buildings,” she wrote in her nomination bid for Body-Lawson’s recent induction into the American Institute of Architects’ College of Fellows. “Victor Body-Lawson’s career shows that it takes time to change minds about urban development.” 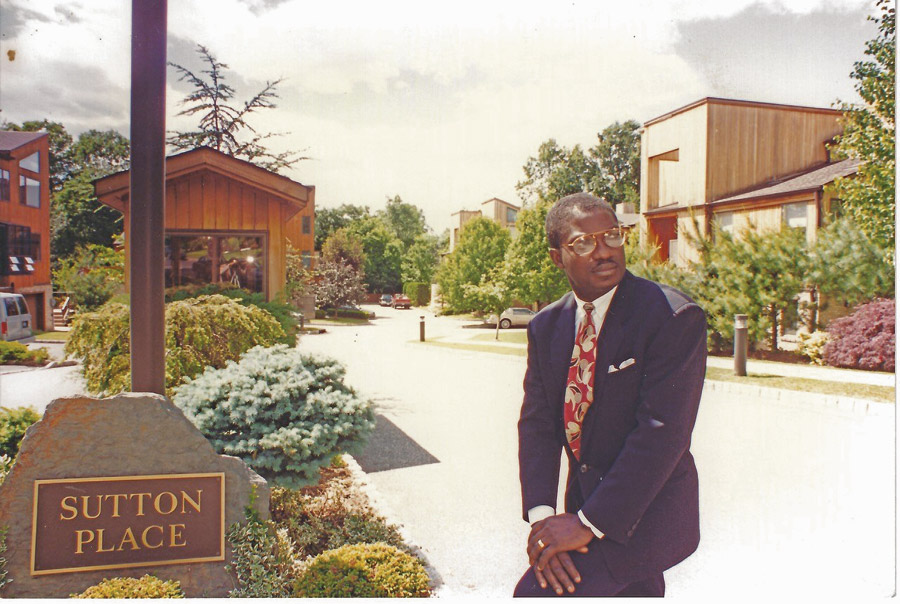 Body-Lawson grew up around construction. As a child in Nigeria, his father was a surveyor and used to take him into the field on various assignments. When Body-Lawson later came to the U.S. to go to college at the Catholic University of America in Washington, D.C., he initially enrolled in advertising, but eventually found architecture. “It was something I just couldn’t get away from,” he recalls.

“The idea was to bring as much of the elements from the high-level luxury residential projects we were doing into the affordable market.”
—Victor Body-Lawson, Principal, Body Lawson Associates

Later, at Columbia University, Body-Lawson met trailblazing architect Max Bond, who was chair of the architecture department at the time and would become both his employer and his mentor. “He was one of the most influential people in my life in terms of my trajectory,” Body-Lawson says, noting Bond’s firm did a lot of work on affordable housing projects.

Working with Bond, the two Black architects strove to provide sophisticated design work for affordable housing projects for residents who would not ordinarily be able to afford it, Body-Lawson notes. “I learned that architecture could be used for good, not only for just building a good environment but also as a tool to help people who were disenfranchised,” he says.

During those early years, Body-Lawson honed his housing design skills, working on both affordable housing projects in Harlem and on expensive single-family homes in the New Jersey suburbs. One home he worked on was particularly inspirational, with the two doctors who owned it having imported wood from Ghana and other materials from Africa.

Inspired by what he saw, Body-Lawson for years now has incorporated the same wood in the affordable housing projects he has designed in Harlem and in other parts of the city, even establishing a sourcing relationship with suppliers in Ghana. “It gave me a sense of what the other half looked like,” he says. “The idea was to bring as much of the elements from the high-level luxury residential projects we were doing into the affordable market.”

But Body-Lawson isn’t busting city budgets with high-end designs. The veteran award-winning architect works within tight city housing budgets. These include limited space for apartments—each roughly 600 sq ft with a budget of $150 per sq ft—with city officials mandated to provide as many units as possible. That means the equivalent in space of a hotel room.

Body-Lawson says the challenge is to find “ways to make that apartment seem bigger,” including things like floor to ceiling windows and high ceilings.

“We want to bring in as much daylight so the exterior and interior are connected, so that you have the feeling you are not in the small space but you are in a larger space,” he says.

To create the feeling of a “communal environment,” the architect also puts a stress on common amenities such as gyms, laundry and recreation rooms, and space to gather on green rooftops and terraces. “They have a relationship with an outdoor space so they feel they are in a communal environment … where they can have the opportunity to meet with their neighbors,” he says.

Body-Lawson also aims to incorporate more durable high-end materials in the affordable housing developments he has designed, arguing that doing so will provide higher value over time. “Stone countertops are more durable than plastic laminate or Formica. The materials are better, and people take care of them a lot more.” 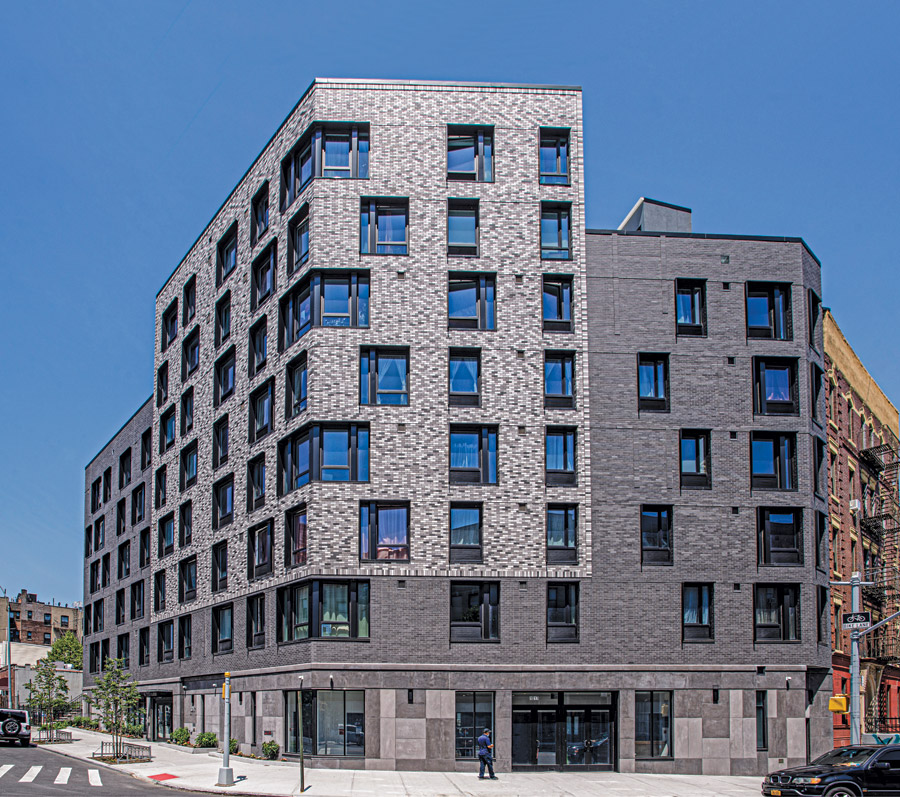 In designing affordable housing, Body-Lawson finds ways to a personalize or individualize the buildings he designs to make them feel like home. By placing windows slightly off center, a child coming in from the playground should be able to pick out which apartment—and which window—is his or hers, he says. The architect changes use of materials around windows to heighten interest as well.

“He plays with the colors, the shadow lines and the materials. It is not your conventional brick and mortar building.”
—Richard Gonzalez, Body-Lawson Colleague and Former Student

Body-Lawson also incorporates small details in the hallways, floors and other parts of the affordable housing he designs to give each apartment and section of the building its own identify. He uses color as a “way-finder device” as well. In the firm’s Home Street Residences project in the Bronx, Body-Lawson had each floor painted differently.

Richard Gonzalez took classes under Body-Lawson at City College and went on to work with him after starting his own architectural firm. “He plays with the colors, the shadow lines, the materials, it is not your conventional brick and mortar building,” Gonzalez says of Body-Lawson’s work. “From the minute someone puts their hand on the doorknob, you start getting that experience, that this is something special.”

Body-Lawson, a talented artist skilled in drawing and painting, also contributes his own artwork pieces for the affordable housing projects he designs. In fact, before starting design work on a particular project, he first creates a painting aimed at laying out his vision for the new building. Sometimes he uses construction materials, such as an old door, as the canvas on which he works.

Often it is not a literal painting of what the building will look like but rather Body-Lawson’s internal vision for it.

It is an approach that helps the architect connect with the subconscious elements of creativity, a process he likens to composing a song. “It doesn’t mean the painting is going to be like the project,” he says. “It is something to use to explore the site—sometimes it is related and sometimes it’s not.” 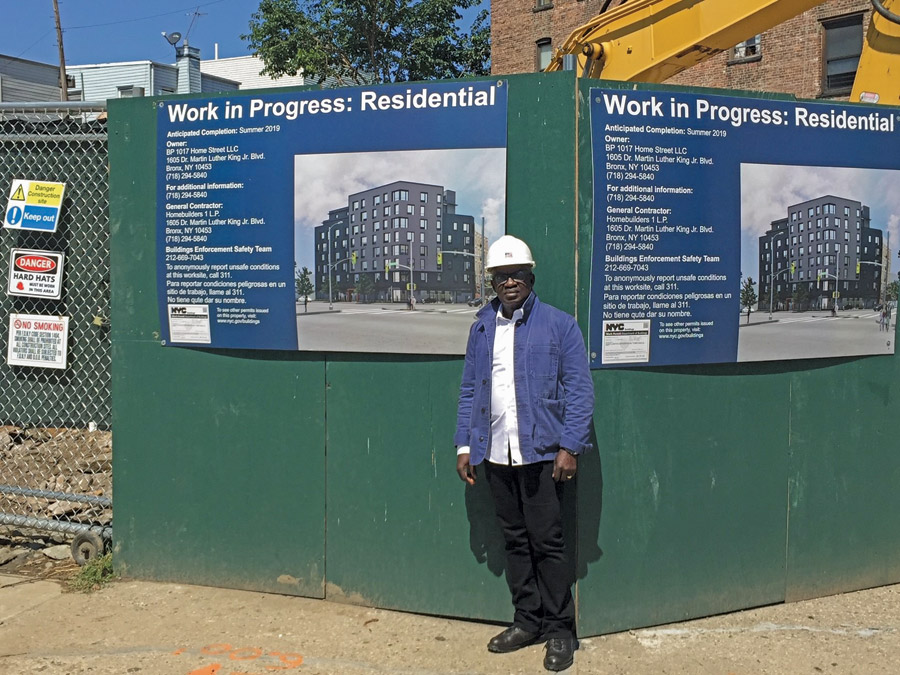 Body-Lawson at the site of Home Street Residences during construction.
Photo courtesy of Body Lawson Associates

Body-Lawson has teamed up with WXY, a frequent partner, on one of his most ambitious projects yet—La Peninsula in the Bronx, a 100% affordable, mixed-use residential and office complex spanning 4.75 acres. The construction team just completed the first phase over the summer, with a total of 740 units of affordable housing eventually planned for the site along with a significant amount of space for local small businesses.

There are plans for bakeries, a brewery and a coffee making company as well as a film studio and space for a fabric manufacturer. Other features include walkways, a central plaza and community facilities.

“I believe in collaboration—I don’t think you can do what we do alone,” Body-Lawson says.