Completed in April 2022, the $24.5-million diverging diamond interchange (DDI) at Houghton Road and I-10 is southern Arizona’s first and just the state’s second DDI. The interchange replaces the outdated 50-year-old two-lane bridge 15 miles southeast of Tucson. A lack of separate left turn lanes previously caused extensive delays during peak hour traffic, and the existing bridge was not capable of carrying the anticipated traffic growth on both the local road and the highway. The new interchange increases capacity from 8,000 vehicles daily to 50,000.

In a DDI configuration, each direction of Houghton Road traffic crosses to the left side over the freeway. This allows for left turns onto the on-ramps without waiting at a traffic signal or having to turn across traffic. A DDI allows traffic to proceed through the crossover intersections quickly and move on and off the freeway more efficiently. The Arizona Dept. of Transportation also expects the number and severity of crashes to drop.

While driving on the left side seems unnatural to those accustomed to driving on the right, the interchange includes curbing, signals, pavement markings and signage to guide drivers. 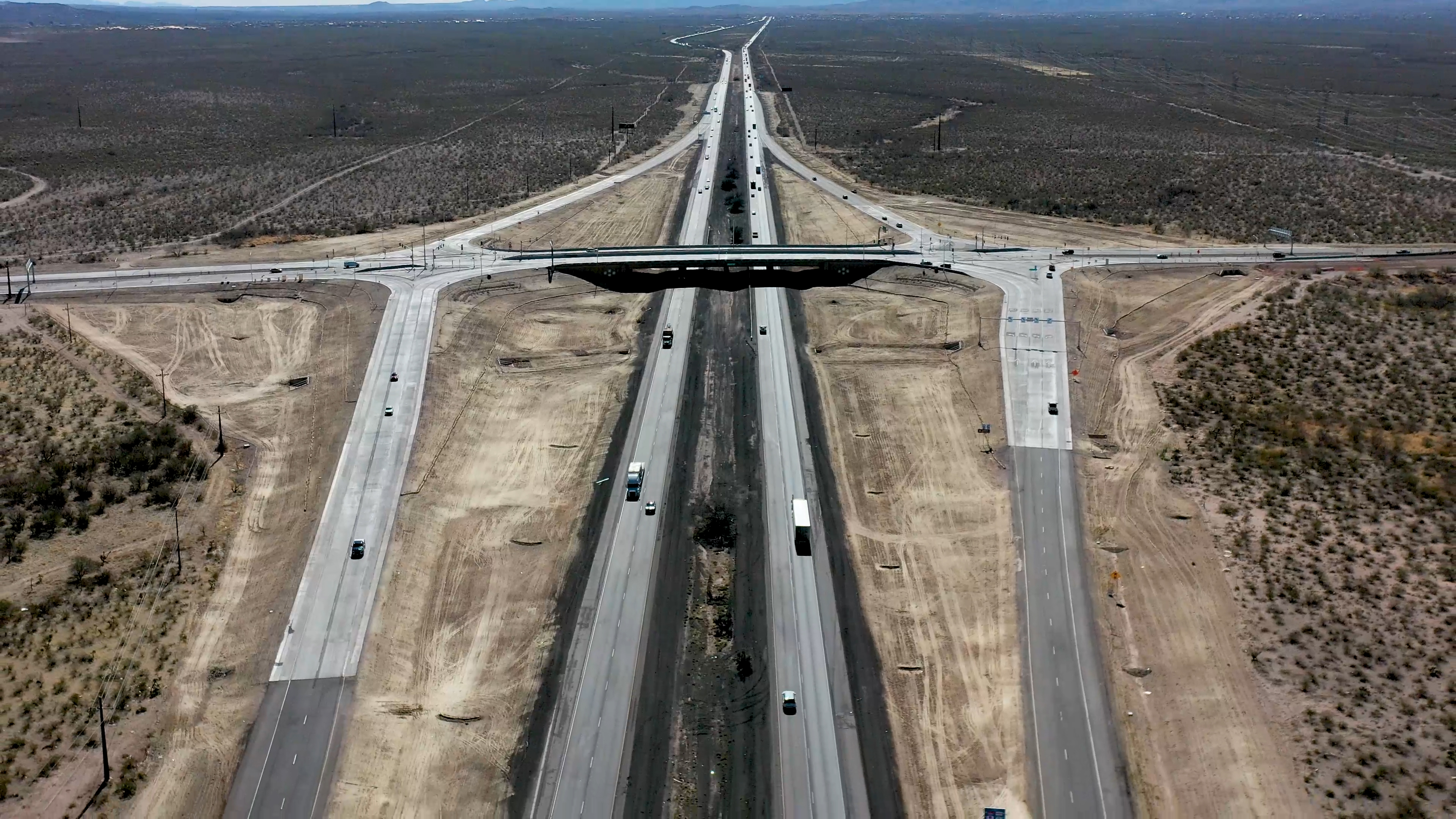 The new interchange includes an I-10 overpass bridge, with four parallel entrance and exit ramps connecting with the highway. Houghton Road was widened to three through lanes in each direction north and south of the interstate. It includes a dedicated, protected route down the center of the bridge for pedestrians and cyclists. In addition, it connects trails and creates a convenient route for those traveling to the nearby fairgrounds.

Rather than using bridge abutments, the design specified full height retaining walls behind piers shaped like cacti. These exposed abutments are similar to a regular pier except for a bridge span on one side and an approach slab span and a mechanically stabilized earth retaining wall on the other. The abutment primarily carries the vertical load and the retaining wall the horizontal forces. 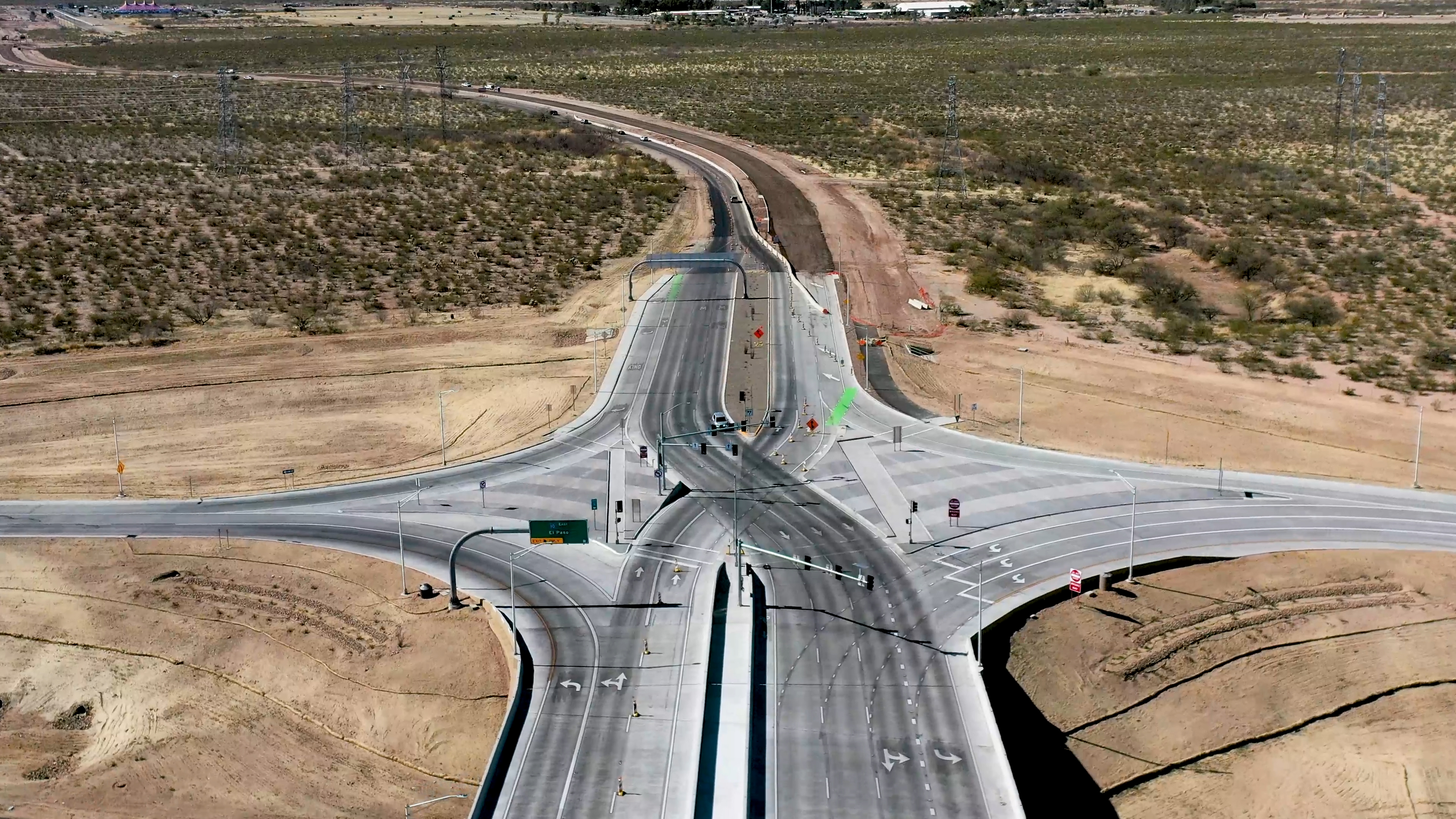 The team confronted various challenges. Two nearby city and country projects, north and south respectively, tied into the interchange. Both required coordination during design and construction to ensure a seamless design between various roadways and traffic flow during construction. Work on the piers and bridge occurred beside the active old bridge while the new structures were built. The most significant hazard while constructing the DDI was traffic. Signage, arrows, curbs and barrier walls were used to direct vehicles safely through the changing worksite.

The team also located multiple overhead and underground utility conflicts within the four-acre footprint. In addition, three months of planning and scheduling with vendors went into the 900-cu-yd concrete deck placement to complete it without joints. This required the concrete to be fed from two separate plants. The team completed final paving in the spring 2022. Despite a global pandemic, supply chain delays and labor shortages, the contractor finished the DDI on time and on budget with minimal change orders.