Completed in June 2021, Sun Streams 2 is a 200-MW solar facility located approximately 40 miles west of Phoenix that will power new energy-efficient data centers being built by Microsoft Corp. in nearby Goodyear and El Mirage.

Environmentally, the impacts are significant. The solar farm is displacing 190,000 metric tons of carbon dioxide annually, equivalent to removing 37,000 cars off the road each year and saving 356 million liters of water annually based on Arizona averages. In addition, it’s estimated that the air quality benefits of the project will save more than $12.5 plus million in avoided healthcare costs annually.

Delivered below budget and ahead of schedule, the facility is one of four Maricopa County-based projects that the owner acquired in 2021. That portfolio also includes Sun Streams 3, 4 and 5, totaling approximately 900 MWdc with the potential for 1 GWh to 2 GWh of battery storage. Sun Streams 3, 4 and 5 target operational dates between 2023 and 2025.

Altogether, the projects are expected to generate $40-plus million for Arizona’s schools via a long-term lease with the Arizona State Land Dept. and more than $5 million in tax revenue. 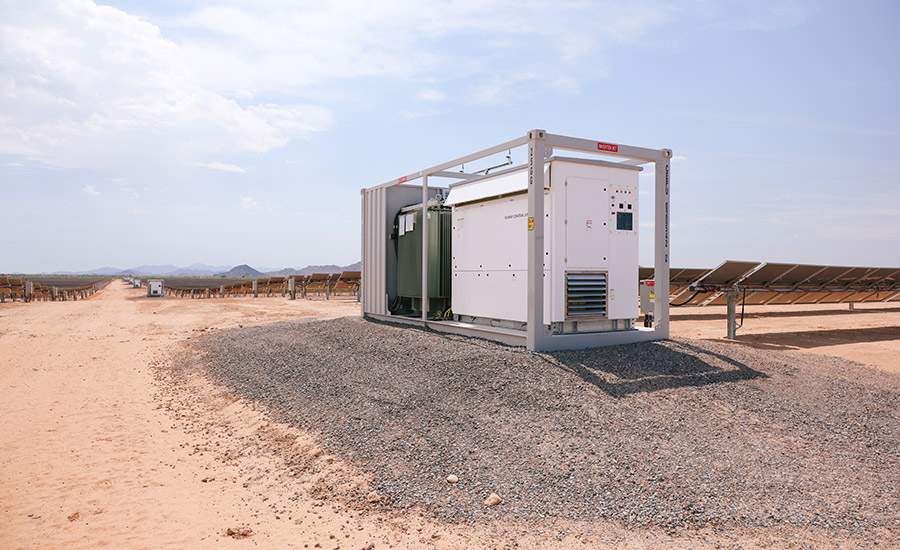 Three months before construction started, COVID began, and material shortages and shipping delays immediately impacted the schedule. Moreover, anyone testing positive or exposed had to be quarantined for 10 days, which became the project’s largest challenge.

The team promptly responded, with facial coverings, extra space between workers in the field and regular testing to help contain the virus. In addition, personnel were cross trained so if a crewmember succumbed, others were able to step in to stay on schedule. This substantially contributed to the ahead-of-schedule finish.

Solar projects have large workforce requirements, and because they are usually built in remote locations, it can be challenging to recruit, train and retain the workforce needed. The contractor allowed employees from its other business units to spend time on site and learn elements of the trade and recruited entry-level hires to acquire new skills in the expanding renewable energy sector. 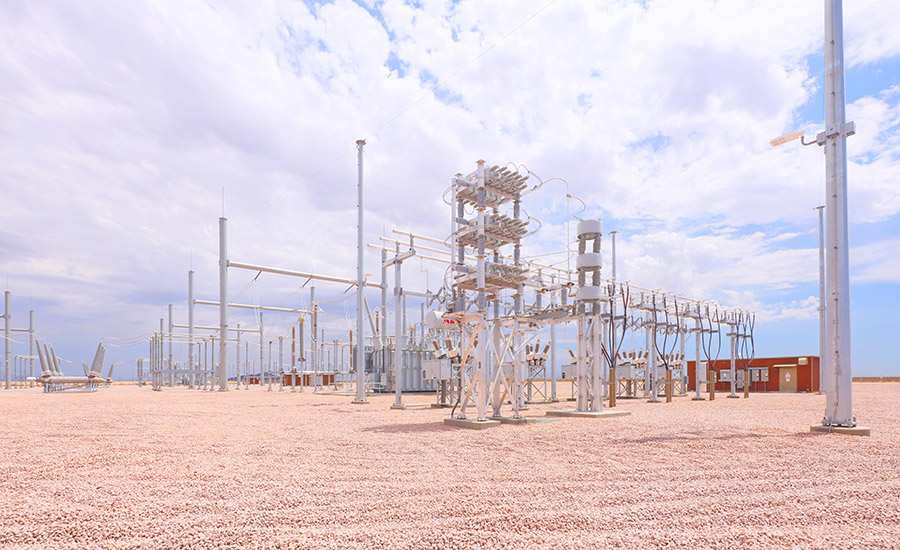 Partway through the project, the project changed ownership, and the team addressed any issues quickly and kept everyone informed. All of the efforts generated cost savings and saved time for the client.

On a standard project, a 20-plus pound rivet gun, or Huck tool, is carried solar panel to panel—plus the weight of the hydraulic hoses—to attach tubes on each. This action was conducted throughout the day, leading to frequently exhausted project team members, especially in the often intensely hot desert. A company-developed BOM rig utilized a mobile crane on a trailer that suspends the rivet gun off a spring-loaded apparatus above each panel. This not only relieved the weight of carrying and lifting the rivet gun into place, but also expedited installation. A UTV towed the trailer with the crane down the rows of solar panels. Because of this, an all-woman “BOM squad” was able to effectively use a heavy piece of machinery and increase productivity 1.5 times.