On a single $25-million project to remove a fish barrier in northwest Washington, Granite Construction worked as design-builder for a Washington State Dept. of Transportation contract to regrade Padden Creek in Bellingham, while also working with a variety of stakeholder agencies to build an Interstate 5 bridge.

Delivering multifaceted projects while working with multiple stakeholder agencies and other community groups across the Puget Sound is not an uncommon experience for contractors working on projects for the state’s Fish Passage Program. The 17-year, $3.8-billion effort to correct barriers to fish passages is beginning to ramp up funding with the goal of repairing 90% of the region’s roughly 1,000 fish barriers by 2030.

“Each project is unique because the streams in Washington state are unique in terms of size, velocity, grade of the stream.”
—Kim Mueller, Fish Passage Delivery Manager, WSDOT

While Washington has been correcting fish barriers since the 1990s, 21 tribes in the northwest region of the state asked the U.S. District Court to find that Washington state has a treaty-based duty to preserve fish runs, requiring the state to repair or replace culverts that impede salmon migration specifically in the Puget Sound region extending north toward the Canadian border. A March 2013 court injunction requires a 90% completion by 2030.

WSDOT has now corrected 100 injunction barriers since 2013, improving access to more than 400 miles of blocked salmon and steelhead habitat. In each biennium, the funding levels increase. The 2021-2023 budget delivers $600 million to the program, whereas WSDOT is scheduled to correct between 80 and 105 barriers between 2023-2025 at a cost of $844 million. The agency expects to spend another $735 million to correct 150 to 175 barriers between 2025 and 2027. Already the state has spent just over $1 billion.

The Dept. of Fish and Wildlife has found fish spawning upstream at over half the project sites, but the wide-ranging program has benefits beyond improving fish habitat.

“We have local contractors all over the injunction area,” says Kim Mueller, WSDOT’s fish passage delivery manager. “There are new contractors over the past couple of years. This is all hands on deck.”

Individual contracts can range from $1 million to $50 million, averaging about $5 million per site. 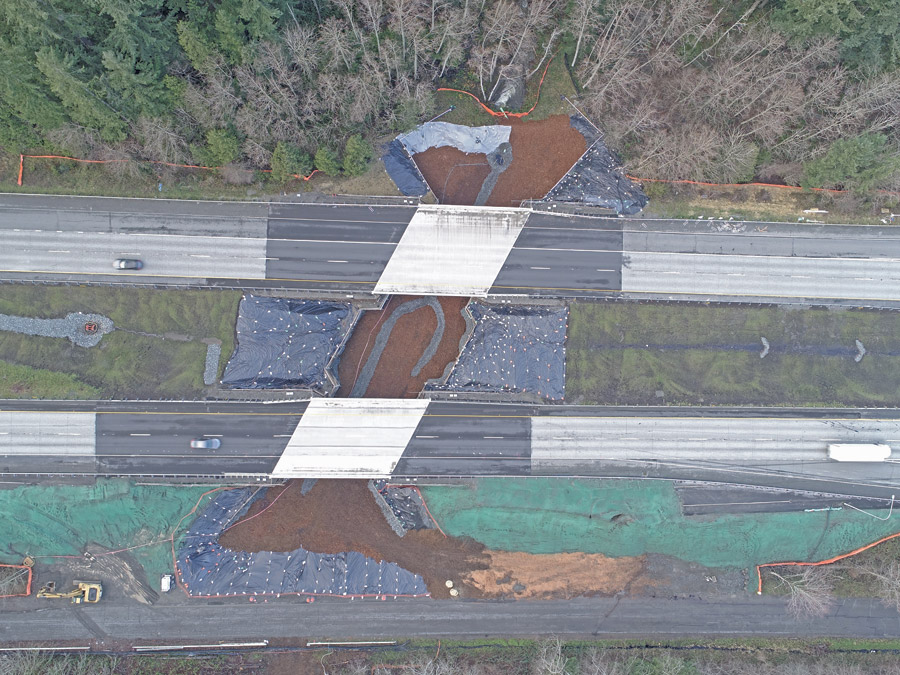 In addition to replacing infrastructure such as culverts, stream beds were often improved to provide a high-quality habitat and channel diversity for salmon.
Photo Courtesy Granite Construction

“Each project is unique because the streams in Washington state are unique in terms of size, velocity, grade of the stream,” Mueller says. “While you will see similarities from project to project, there are so many different variables.” Barriers can range from rural areas on the Olympic Peninsula to highly urbanized locations in King County.

As the program started, many contracts were single-barrier corrections spread all over the region. As funding increases, WSDOT can bundle barrier projects, such as one current contract that includes 10 barrier corrections while another project’s scope calls for correcting 24 barriers. “We are headed more toward bundling,” she says. “We have the funding, and we gain efficiencies.” Sometimes the projects come as stand-alone contracts and other times part of larger transportation projects.

“We are committed to having contracts of all sizes so we can appeal to contractors of all sizes, smaller and larger,” Mueller says. “These projects require every type of engineering and construction discipline. There is lots of different work in traffic, structure construction, geotech work. You name it, they have everything going on.”

Integrated design firm Otak says the program has offered projects for them in four different counties with a wide variety of work. “It has been critically important, both in terms of project work and environmental stewardship,” says Nico Vanderhorst, Otak senior vice president. As a designer in an HNTB-led general engineering contract, the team has worked on everything from culverts to bridge replacements, partnering with WSDOT to create new protocols, templates and modeling “that are redefining the industry standard for fish passage design in the region.”

And the program’s work has been “important to winning more of these type of projects with local cities and counties,” Vanderhorst says.

Granite Construction, with its Pacific Northwest headquarters in Everett, Wash., has worked on Fish Passage Program projects across the state, including a bundle of eight barriers on the State Route 520 eastside improvement project or the current Padden Creek project in Bellingham.

“The benefit of how the program is set up right now is the consistent funding and the known funding source,” says Nick Lupo, Granite Construction project manager. Add in that each project comes “relatively unique” and Lupo says that not only gives contractors consistency in work, but the changing set of challenges “creates opportunities for our people.”

The Padden Creek project, specifically, allowed Granite to construct a short-span bridge in a top-down construction method in 37 days, ahead of the planned schedule, along with the permitting, stakeholder relationship building, working with WSDOT and the actual stream work, which is scheduled to be completed in September. Lupo says these projects also allow the company to complete locally significant projects that benefit the community and offer an environmental focus for Granite. 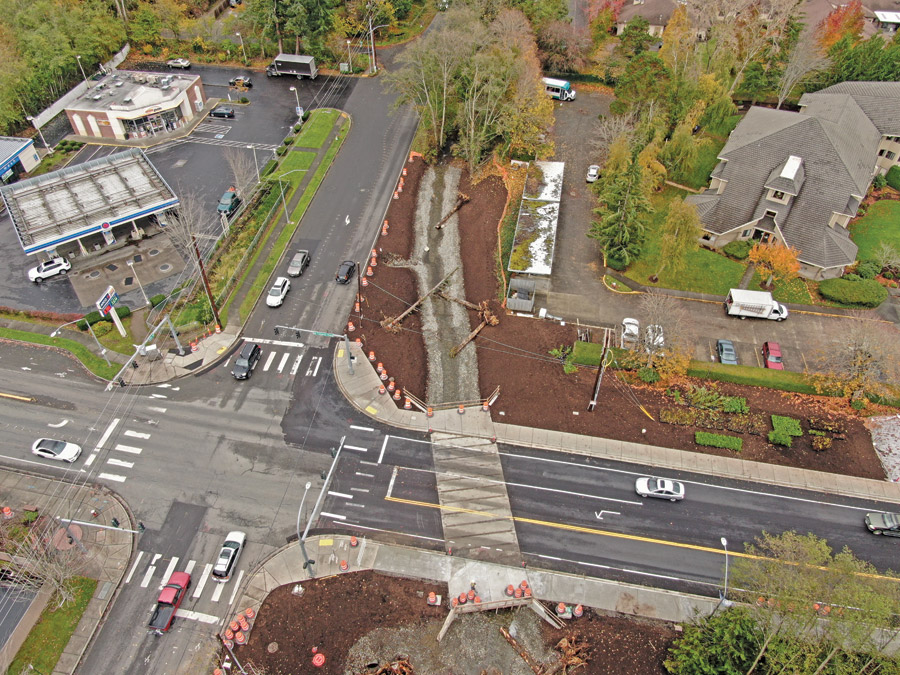 “The uniqueness is a challenge, and it is important we are learning on every one, trying to build up the team,” Lupo says. “Ultimately, we are trying to parlay that success into bigger opportunities or opportunities with other clients where we can point at Padden Creek or any number of the fish passages we have done and say, ‘Here is what is unique.’”

With a program at this size or scale focused on fish habitat in the region, Vanderhorst believes the multiyear nature of the program allows them to work on unique projects, partner with team members and experience new opportunities and delivery methods. “Final engineering work may also involve other disciplines like transportation and structural engineering,” he says, “creating the opportunity to provide more comprehensive services.

Every project opens the door for more. “We are making sure we are successful,” Lupo says, “so we can go forward and do maybe two bigger fish passage jobs at the same time or maybe a $100-million job instead of a $25-million job.”