On the Scene, Midwest Events, May and June

The Chicago Transit Authority and Walsh-Fluor Design-Build Team, the contractor for the CTA’s Red and Purple Modernization (RPM) Phase One Project, announced in June that a second-grade class won a contest to name the overhead gantry system for the Red and Purple Line structures. The system will be named the Windy City Gantry thanks to students at Goudy Elementary School in the city’s Uptown neighborhood. The contest was created as an educational opportunity for young students to learn more about the project happening next to their school as well as to learn about construction in general.

The gantry, at 285 ft long, is about the size of a 747 aircraft and allows the new Red and Purple Line track structures to be built more quickly and with fewer impacts on the community during construction.

“This project has been timely as many of our students are already learning some fascinating aspects of construction and engineering,” said Pamela Brandt, principal at Goudy Elementary. “The opportunity to learn about the gantry enhanced their learning experience with real-world applications that they will see unfold outside their classroom window.”

Phase 1 will completely rebuild the Lawrence, Argyle, Berwyn and Bryn Mawr stations and all the tracks and support structures for more than a mile adjacent to the stations. The project will also construct a bypass to modernize the century-old Clark Junction where Red, Purple and Brown Line trains currently intersect.

The winning name will be displayed on the gantry for the duration of the bridge segment installation work, which is expected to be complete in 2025. 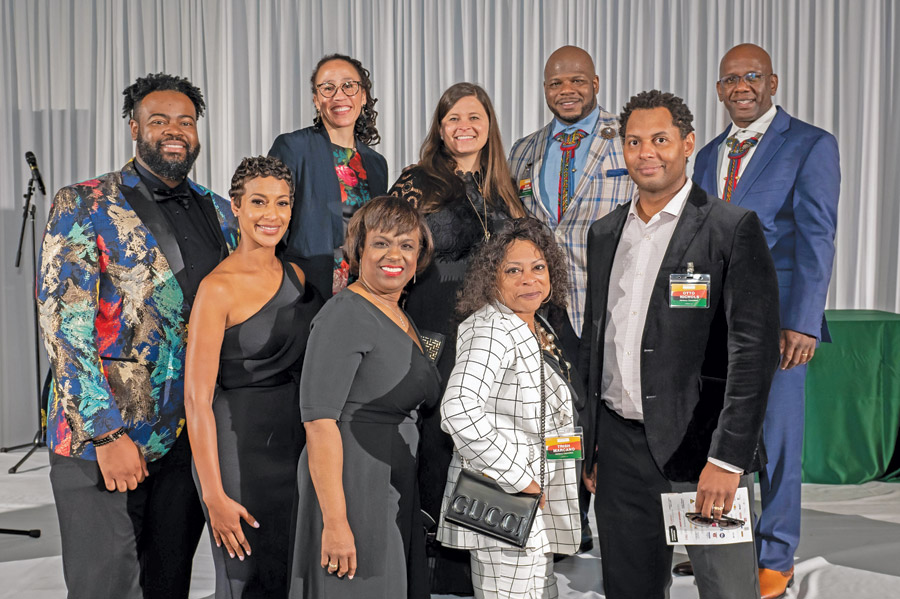 Photo courtesy of the Clayco Foundation

In honor of Juneteenth, Chicago-based Clayco Foundation donated $150,000 in June to six nonprofits based in Chicago and St. Louis dedicated to raising awareness and advancing causes of Black equality and inclusion. Each group received $25,000 at the second annual Juneteenth Fund Celebration on June 18 in Chicago. These nonprofits included: Ex-Cons for Community and Social Change, Institute of Positive Education, The Hip Hop Architecture Camp, Mentors in Motion, NPower, and The Village. 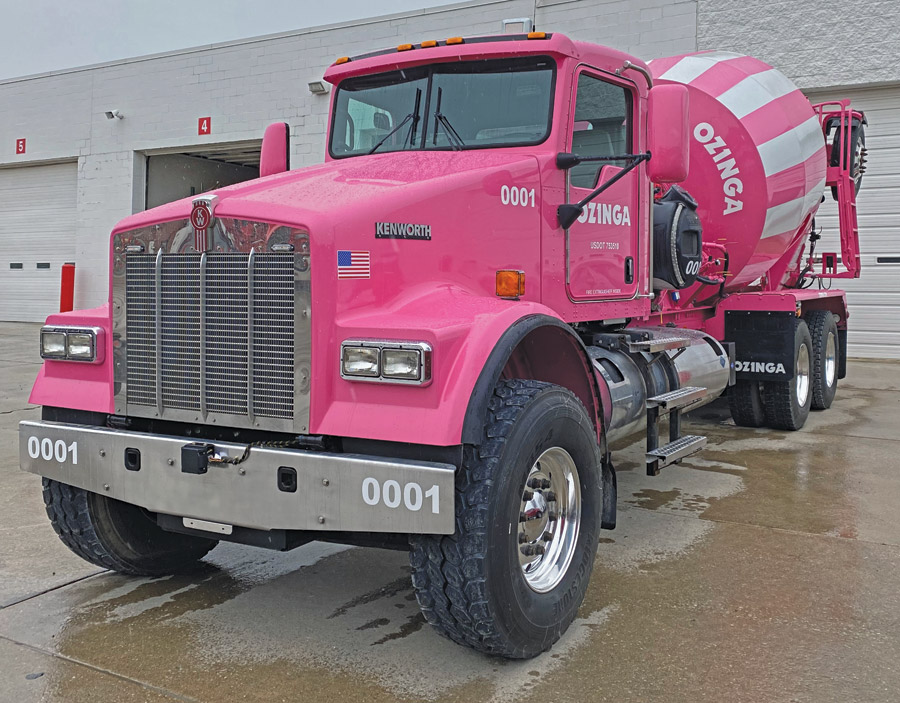 To support  breast cancer awareness and as an advocate for those who have been affected by the illness, Ozinga, which is based in Mokena, Ill., recently painted one of its concrete mixers pink and white.

The idea to transform one of the ready mix trucks came from Alivia Ozinga, daughter of Justin Ozinga, current Ozinga president. Alivia wrote a letter to the company’s vice president of fleet asking if painting a truck pink would be possible to support families who have been affected by breast cancer.

“I just wanted to raise awareness,” said Alivia. “Too many people have to go through it and it’s very hard for them, so raising awareness would really help.”

The pink ready mix truck, which is a 2015 Kenworth W900B, runs on compressed natural gas and was given truck number 0001 to highlight the risks of getting breast cancer—there is a 1 in 8 chance that a woman will develop breast cancer during her lifetime.

“Our trucks are easily recognizable and having one painted with pink and white stripes is a small way we can bring awareness to such a plaguing disease, especially one that is close to our family,” said Justin Ozinga. “My grandmother passed away from breast cancer, and co-owner Jeff Ozinga’s mother passed away from it as well.”

Ozinga’s traditional red-and-white-striped concrete mixers can be found throughout Illinois, Indiana, Michigan, Wisconsin and South Florida. The pink mixer truck began to hit the streets of Chicago in May.