This website requires certain cookies to work and uses other cookies to help you have the best experience. By visiting this website, certain cookies have already been set, which you may delete and block. By closing this message or continuing to use our site, you agree to the use of cookies. Visit our updated privacy and cookie policy to learn more.
Home » City Scoop: Greener Residential Projects in NY's Capital Region
New YorkNew York Construction Companies 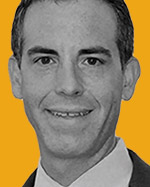 “Multifamily housing and affordable housing projects continue to be a trend for the greater Capital District [despite developers’] earlier concerns about market saturation,” he says. One reason for this is “a greater emphasis being put on carbon-neutral buildings.”

Roman notes that “owners and developers are incentivized to compete” for Buildings of Excellence project funds from the New York State Energy Research and Development Authority (NYSERDA) “in the state’s third round of competition.”

The funding requires buildings to “achieve a carbon-neutral performance while being beautiful and functional and providing healthy, safe, comfortable and resilient living spaces for their occupants,” he explains.

On the flip side, current market issues could make completion of these projects risky, Roman says. “Supply chain and inflation issues could make it challenging to source replicable materials or consistent pricing,” he notes.