This website requires certain cookies to work and uses other cookies to help you have the best experience. By visiting this website, certain cookies have already been set, which you may delete and block. By closing this message or continuing to use our site, you agree to the use of cookies. Visit our updated privacy and cookie policy to learn more.
Home » Best Health Care: University of Maryland Capital Region Medical Center
MidAtlanticMid Atlantic Construction ProjectsMidAtlantic FeaturesBest Projects2021
Best Projects 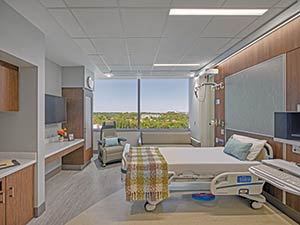 One judge said that the hospital was the only project in the category that he rated a “10”  in overcoming challenges. One of the project’s most complex aspects involved coordinating and installing the center’s central utility plant (CUP), which was prefabricated in North Carolina and included essential MEP equipment for the plant. 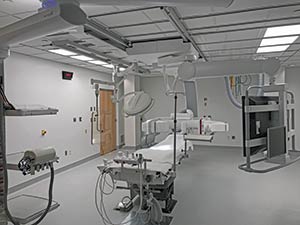 The team worked closely with the university medical system to ensure that the newly constructed hospital spaces met specific requirements for large medical equipment. Although this was not a design-build project, the team met with key medical staff and the nine equipment vendors to review designs and make any necessary changes to avoid costly rework.

Another judge said the University of Maryland’s 2 million worker-hours “is impressive on any job,  period, to have that many man hours and that rate.” The team’s recordable incident rate was 2.04 while its lost time accident rate was .08. The judge added, “It is my favorite [project in this category] based on safety.”

While building the foundation to accommodate the prefabricated structure, the team undertook detailed coordination of plumbing tie-ins and underground electrical duct banks, for example, with less than ½-in. tolerances. Sequencing the CUP’s installation a year in advance allowed the team to set the modules with the main switchgear first. Allowing the local utility company to deliver permanent power to the building through the CUP made it possible to heat the structure in winter 2019 so crews could conduct finish work and other key work inside. 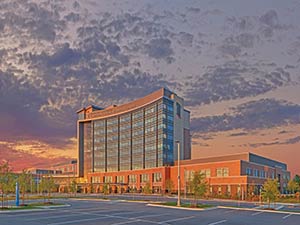 Despite staff reductions due to COVID-19, the team delivered the facility 10 days ahead of schedule. The team relied on strategies such as early coordination and implementing shift work, including having the millwork and flooring subs switch to the night shift to reduce the number of workers on site.

Attracting top medical talent was a goal, so building a facility where doctors and hospital staff could perform at their best was paramount. The team met with hospital staff early on to validate designs. That resulted in a few early changes, including guaranteeing that spaces would accommodate removing a countertop in the lab to improve workflow and allow enough space for the turning radius of a gurney.