Texas & Louisiana People for May 2022

David Robison has been promoted to CEO at Audubon Engineering Co. LLC, Houston. During his 11-year tenure with AEC, Robison has held several positions and served as president of Audubon Field Solutions LLC for the last three years. 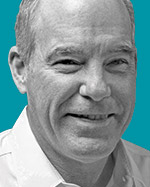 Garver’s transportation planning and traffic team leader Nicci Tiner is the first woman to be named president of the Arkansas Academy of Civil Engineering, which provides support for students and faculty in the University of Arkansas civil engineering department. Tiner will serve as president for the 2022-2023 term.

Structure Tone Southwest has added several new key leaders and promoted a number of professionals in its Dallas office. Jody Reed has been named senior vice president, Chris Shackelford has been promoted to project executive and Ryan Davis has been promoted to operations manager. New hires include Blake Christian, who will serve as vice president of operations in Dallas, and Pete Kobelt, a CLT pioneer who will serve as the new director of mass timber. 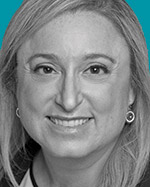 Jennifer Macks has been promoted to vice president and director of design-build at Gilbane Building Co., based in Austin. In this newly created position, she will lead Gilbane’s design-build program.

Perkins&Will has hired Dan Thomas to serve as health principal for its Dallas studio.

Smith Seckman Reid Inc. (SSR) has promoted Scott Terry to principal in its Dallas office. He previously served as operations director of the Dallas and Fort Worth offices. SSR also made several new hires in March and April. In Dallas, Karen Espensen was hired as project manager and Jonathan Olivarez as technology consultant. In Houston, Matthew Simonelli was hired as senior project manager, Ozzy Rodriguez as electrical EIT and Adam Perales as technology associate.

Atkins has appointed Aaron Autry as the new central sector (Texas, Okla., Ark. and La.) manager for the company’s Dept. of Transportation Business Unit. Autry has been with the company for over 25 years.

Geoffrey “Jeff” Leaf has been hired at Merrick & Co. as the local civil engineering lead for the high-performance facilities team in its San Antonio office.

Joeris has hired Joel Benavides as director of higher education and healthcare in its Dallas office. Benavides brings 10 years of experience as an architect to the role, and previously served as vice president at HKS.

Manson Construction Co. has promoted Belinda Rodriguez to offshore purchasing agent in its regional office in Houma, La. Rodriguez has been with Manson for 15 years.