How did design firms in New York, New Jersey and the New England states perform in 2021? Depending on which figures are analyzed or who is interviewed, the year was a win, a loss or a draw.

The complete regional ranking of companies, based on ENR Top Design Firm surveys, shows total revenue increasing or staying steady. But some market breakdown lists indicate revenue declines. Anecdotally, firms tell ENR that life science facilities and health care projects are offering big opportunities across both regions but that hospitality notably cooled down in both areas. Other sectors such as transit and education were both winners and losers, with wide regional variations.

In New England, overall design revenue still hovers below pre-pandemic levels. The top 58 firms on this year’s list reported a combined $2.2 billion in 2021 revenue, equaling the amount reported by the same number of companies the year before in Connecticut, Maine, Massachusetts, New Hampshire, Rhode Island and Vermont. In 2019, New England’s 59 listed firms reported $2.4 billion in revenue. 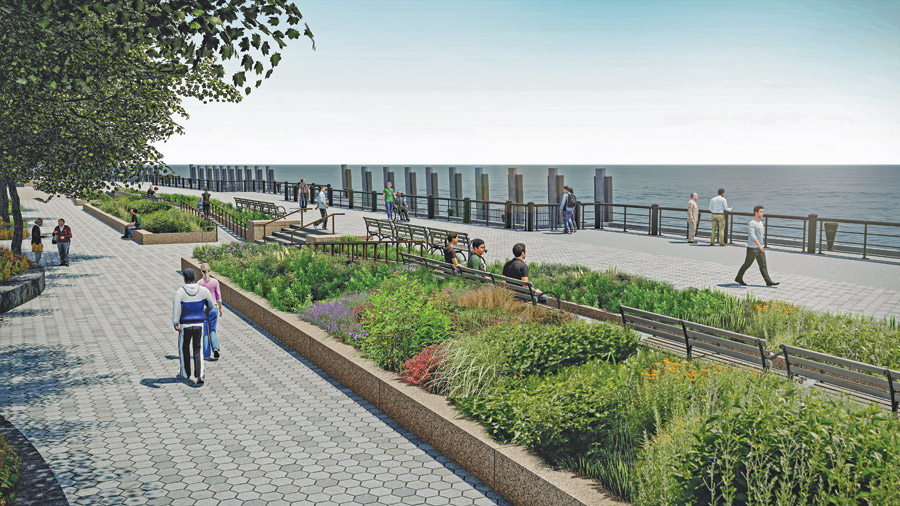 Stantec, coming in at No. 2 on the New England design firm list and No. 9 on the New York ranking, is lead designer on the Lower Manhattan Coastal Resiliency project.
Rendering courtesy Stantec

But for this year, the 10 highest ranking firms in both regions saw revenue declines. Those in New England reported a combined $1.2 billion in regional revenue, down 25% from the previous year’s top 10 firms, which reported a combined $1.6 billion. In New York and New Jersey, the top 10 firms had combined revenue that was 14.3% lower in 2021 at $2.4 billion, compared with the 2020 total of $2.8 billion.

New England’s top three firms on the 2022 list placed the same as last year. AECOM finished first with $213.86 million in regional revenue, while second-ranked Stantec reported $162.32 million and third-placed VHB was just behind with $161 million in revenue.

For the New York region, the top two firms held their spots from last year and the third rose from its fourth-place ranking in 2021. AECOM remained on top, with $571.37 million in regional revenue, with second-place WSP reporting revenue of $424.57 million and third-ranked STV at $203.95 million.

One bright spot in the New England breakout rankings was the power sector, where the top 10 firms increased revenue 11.3% to $150.32 million, compared with  $135.1 million. New England’s top 10 firms in the wastewater-solid waste sector reported $136 million in revenue this year, about equal with the previous year.

The transportation sector showed modest drops in revenue, according to survey numbers. In New York and New Jersey, the 10 highest-ranked firms reported $1.42 billion, a combined revenue decrease of 10% compared with $1.58 billion a year earlier. In New England, the top 10 firms had combined revenue of $535.56 million, down 13.4% from the $618.1 million they reported last year. Those interviewed, however, say transit is offering big opportunities to design firms.

Interviews with regional design firm executives in New England and New York-New Jersey shed further light on industry performance and market expectations for 2022 and beyond. The responses of interviewees have been lightly edited for length and clarity. 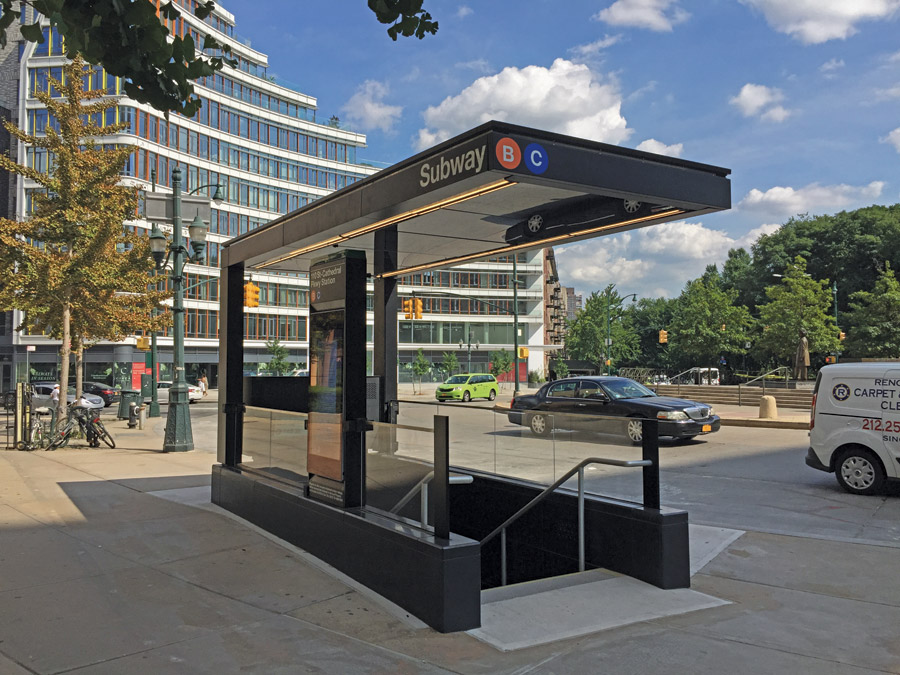 What lessons from the last two years have most shaped the way you do business now?

Yanel de Angel, Perkins+Will Managing Director, Boston: Flexibility and adaptability. The hybrid workplace is successful for both employers and employees; it is here to stay.

William Harris, Perkins+Will Managing Director, New York: Investment in in-office and cloud-based/mobile technology that supports a hybrid workplace continues to support our culture of agility and choice when it comes to workplace productivity.

Tom Walsh, Stantec Vice President and Northeast Regional Leader: The way we work has changed forever. Now that we can essentially work from anywhere, we can provide the best experts for a job regardless of location. Virtual work has also influenced how we collaborate internally, making office interactions more intentional as far as carving out time for collaboration, mentorship and project reviews.

Ehab Shehata, President, CEO and Founder, BRAVO Group: Most important is being very diligent with cash management as well as with backlog management. Also, the importance of taking calculated risks rather than uncalculated risks.

Which sectors have offered the biggest opportunities in the region(s)?

Walsh: Ongoing advancements in the life sciences sector have presented us with great opportunity across the Northeast, particularly in Boston, where our architecture and design teams have been advising clients on strategies to convert commercial space into labs. Our work with federal clients has also grown as far as size and complexity of projects. An increased focus on climate change impacts has opened greater opportunities in renewables, coastal restoration and resiliency. Lastly, our work with warehouse, distribution and logistics facilities has thrived with the continued rise of e-commerce.

Shehata: Our most active and vibrant categories are education and transportation, for clients such as the New York City School Construction Authority and the MTA. We are especially proud of our role in the authority’s Interagency Ventilation Walk Through, which helped enable in-school instruction during the
COVID-19 pandemic. We also provided engineering services for MTA’s Enhanced Station Initiative Program for improvements throughout the 72nd St., 86th St. and 110th St. subway stations in Manhattan. 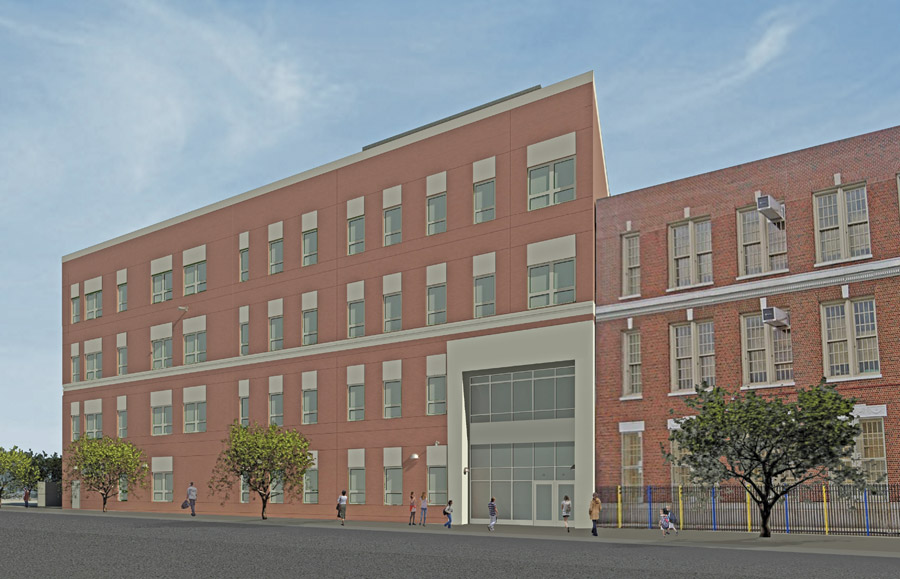 The State Street School in Queens received an addition and upgrades designed by BRAVO, one example of the strong education sector in the New York region.
Rendering courtesy Bravo Group

Which sectors have cooled down?

Walsh: Office, retail, hospitality and colleges and universities saw a slowdown during the pandemic. Public works projects in transportation also generally saw a slowdown, but we are seeing a healthy rebound with the passage of the Infrastructure Investment and Jobs Act.

De Angel: Going into the pandemic, Perkins+Will had an established and robust remote technology platform. For our firm, quickly transitioning to a remote workplace was seamless for our staff.

Harris: We have also taken a more proactive approach to mentorship and career development for our teams. Technical innovations have to be balanced with great work culture and new opportunities in order to be effective.

Walsh: We’ve had access to a number of tools for virtual collaboration for some time. But the pandemic helped accelerate their implementation not only internally among our teams, but also with clients and the community. Our design visualization team has been especially busy helping to bring our designs to life in a virtual space. We have an in-house team of filmmakers, animators, 3D modelers and application engineers who produce a range of products to support project team collaboration and community engagement efforts.

Shehata: The use of collaboration software and related technologies to hold meetings. Important benefits for our business and for the environment include using less paper, gas and energy to deliver materials and to meet with clients.

How do you think the market will perform in the region(s) in the next year or two?

De Angel: We believe the market will remain strong, and we may see inflation normalize in the next year or two.

Harris: We are confident in the market but also expect that labor shortages will take their toll across all industries.