A contractor facing a lawsuit related to the December partial collapse of an Amazon.com Inc. warehouse that was hit by a tornado is pushing back on claims in a fire marshal’s report that highlighted possible “significant structural issues” with the building.

Attorney Jack Casciato, who is representing the family, pointed to a report from Dan Bruno, a St. Louis-area fire marshal. A licensed professional engineer in Missouri since 2001 and certified professional traffic operations engineer, Bruno responded to the collapse at the warehouse, built using the tilt up method, on Dec. 10 as a FEMA-trained structures specialist for a St. Louis regional government terrorism and disaster response team. He is not licensed in Illinois.

In the report, Bruno wrote that the remaining trusses he observed were not properly oriented on columns and no longer straddling knife plates. Many of the columns “appeared to have been lifted out of the floor,” he added, writing that the failed columns did not appear to be ripped from the base, but lifted like a loose peg out of a hole. 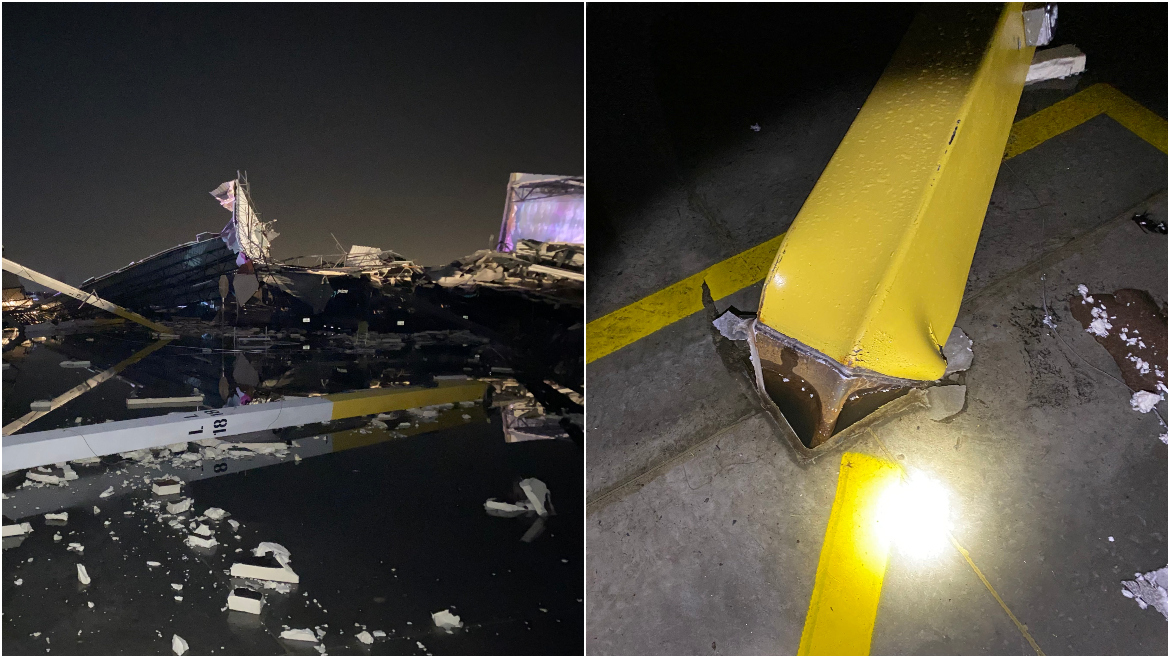 A report raises questions about the design and construction of the warehouse. Photos courtesy of West County EMS & Fire Protection District

“Looking at the base of the columns more closely, I could find no weld or bolted connection at the base of any column, but only a bead of what appeared to be some sort of caulk around the column at the finished floor line,” Bruno’s report states.

However, Contegra, in a statement provided by its attorney, disputed the conclusions drawn by Casciato from Bruno’s report. According to the contractor, the design used a common alternative to bolted or welded base-plate connections for warehouses. Instead, a metal sleeve is anchored to the concrete foundation beneath the floor slab. After each column is placed in its sleeve, it is connected with a perimeter weld between the top of the sleeve and the side of the column. A bead of caulk is then placed around the column as part of finishing work. 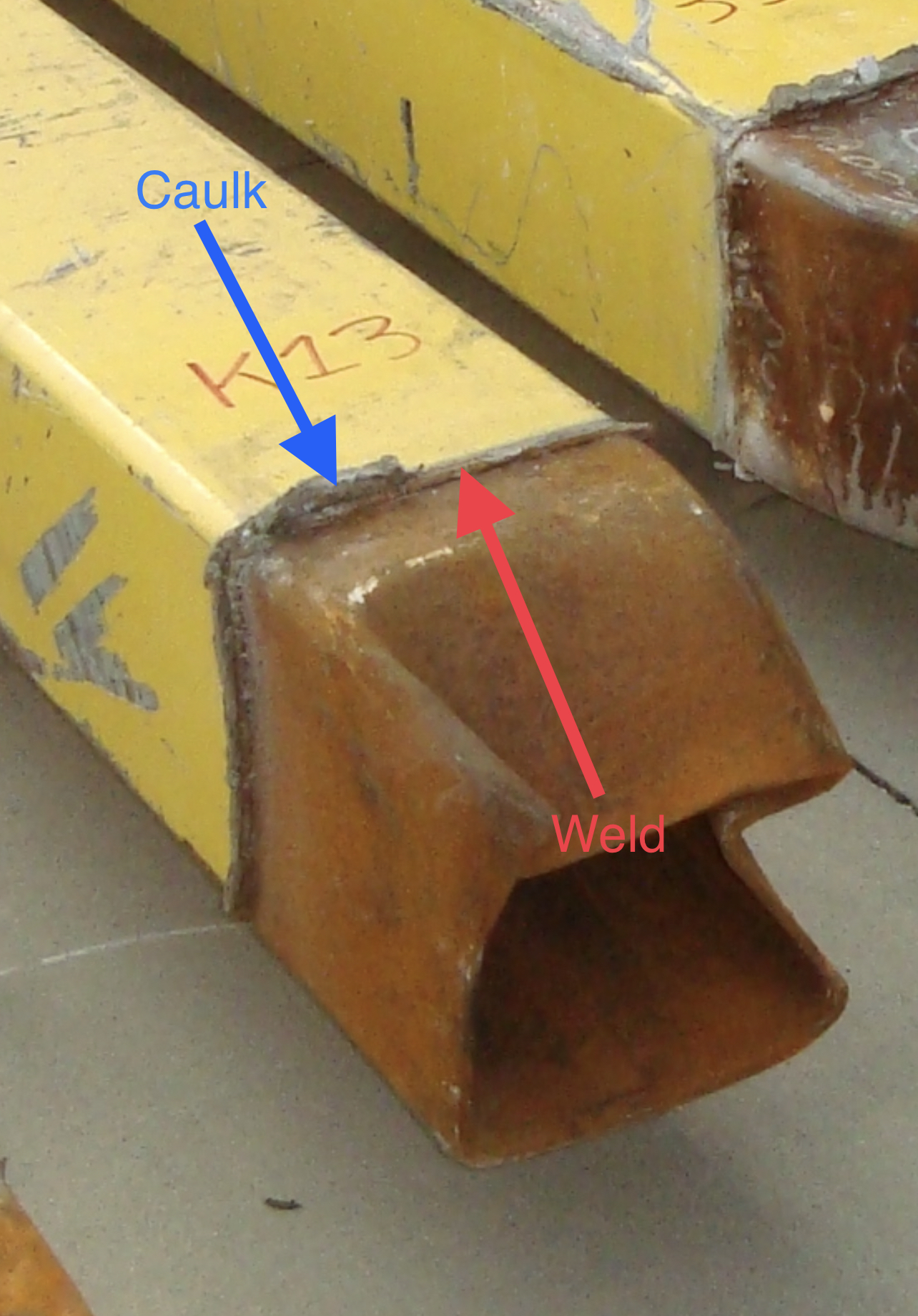 Contegra says a weld line is concealed under caulk on the columns. Photo courtesy of Wiss, Janney & Elstner Associates, Inc.

Bruno questioned in the report whether the building’s design met the requirements for securing against uplift under the International Building Code’s 2006 edition, which is in force in Edwardsville. Contegra said in its statement that the building did meet the code and that the building was able to withstand 90-mph winds as required, but that the EF3 tornado hit with even stronger force.

The columns that appeared to be lifted out of the floor had actually been ripped from the column sleeves with such force that the welded connections were sheared and the column base bent, Contegra said.

“Contegra firmly stands behind our company’s record of quality construction and we will vigorously defend our company’s work and our reputation against these unsound claims,” the company said in a statement.

Bruno noted in the report that his statements regarding the design were only advisory and it would need more analysis by other professionals. His narrative also includes that he was busy with tasks like directing a heavy equipment operator removing a collapsed wall section during his time at the scene. He spent about six hours there on Dec. 10 and left after the effort switched from rescue to recovery at about 3:41 a.m. on Dec. 11.

Casciato told reporters during a press conference that he learned of the report when Bruno called him, and then obtained it through an open-records law request. The lawyer said he believes columns in some parts of the building were anchored, but others were not.

“Construction experts, consultants that we put together on our team on the construction side of the case, indicated that many buildings in this area historically can withstand an EF3 tornado when the actual support columns are properly anchored,” Casciato said.

The lawsuit seeks more than $50,000 from each of the companies named as defendants. In addition to its claims about the building, the suit alleges that Amazon did not have an appropriate refuge area or emergency action plan for severe storms. Also, the lawsuit accuses Amazon of making employees and delivery contractors continue working until moments before the tornado hit, despite alerts from the National Weather Service.

Amazon spokesperson Kelly Nantel said the building passed inspection when construction was completed in 2018 and again in 2020 when the company leased it.

“Investigators continue to conduct a comprehensive forensic examination of the building and debris—so it’s premature and misleading to suggest there were any structural issues,” Nantel said in a statement.

Other companies named in the lawsuit either declined to comment or did not respond to inquiries.

Congress Passes CHIPS Act With $39B for Semiconductor Plant Construction