Exec Eyes the Future But Sticks to His Roots

A modest house set on an equally modest lot in tiny Pearl River, N.Y., north of New York City, was built in the early 1900s by Fred L. Holt, founder of what became Holt Construction Corp. It still is headquarters for the contracting firm that his grandson now leads.

Jack Holt was 28 when he took over the family business in 1974. Under his father, Fred A. Holt, the company’s focus had shifted from premanufactured homes to commercial and industrial projects, with the younger Holt diversifying it further by adding hospitals, dams, airports and baseball stadiums. It ranks among ENR’s Top 400 Contractors for 2021, with reported construction revenue of $216 million in 2020, including $194.3 million in New York and New Jersey.

“I grew up with this business in my blood,” says Holt, 75, now chairman of 102-year-old Holt Construction. Holt grew up two blocks away, working as a truck driver and laborer during school vacations. He studied mathematics and political science at Baldwin Wallace University near Cleveland but never doubted being a builder first.“What resonated with me is that in construction, you’re actually producing a product that you can walk over and touch and see and that you can drive by and point at years later,” he says. When Fred A. told his son he was ready to retire, “I immediately started looking at a calendar and he was looking at his watch,” Jack Holt says. “Six months later, he was living in Florida and I owned a construction company.” 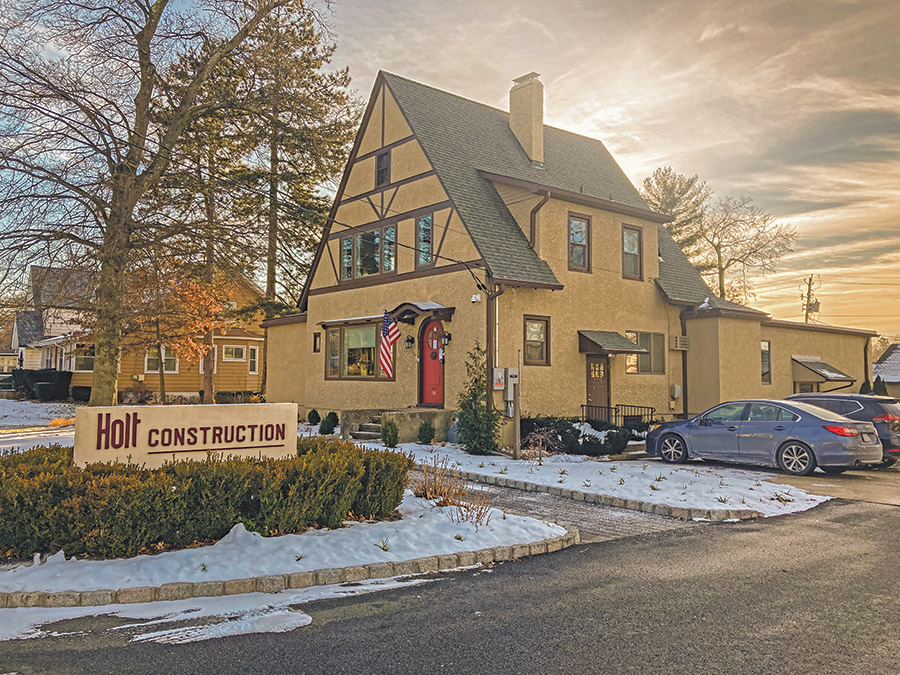 The company has offices in six states, but still is run from this house in Pearl River, N.Y., that was built by founder Fred L. Holt, grandfather of Jack Holt, in the early 1900s.
Photo courtesy Holt Construction Corp.

The anointed successor started in survival mode at the then 30-person company but soon shifted into growth mode. By the early 1980s, it was taking on challenging projects such as building dams along the Ramapo River, which flows in northern New Jersey and Orange County, N.Y. “We had to divert the river while we were building the dam in two phases,” Holt says. “We had never done anything like that before.”

The firm opened its first remote office in New York City in 2000 as it gained work at area airports, including, most recently, the expansion of the American Airlines terminal at JFK International Airport in Queens. Holt now has nine offices in New York, New Jersey, Pennsylvania, Massachusetts, Texas and Florida.
Along the way, Holt’s team became interested in orchestrating projects as well as building them, with construction management now making up 80% of the firm’s work. Managing the JFK project, set to finish in 2023, includes installation of new jet ridges to accommodate larger planes and new fuel lines—work possible only during low tarmac activity. Reduced air traffic due to COVID-19 has expedited the  project.

“I have a hands-off management style; I hire the best people and let them do their job. You can lose sleep over some of their decisions, but you can’t step in and fix it.’
—Jack Holt, Holt Construction Corp.

As the company grew, Holt’s leadership style shifted from hands-on involvement in every aspect of the work to trusting an expanding group of executives. “I have a hands-off management style; I hire the best people and let them do their job,” he says. “You can lose sleep over some of their decisions, but you can’t step in and fix it.”

Holt also steered the now 300-person firm toward a culture of inclusion, with women now making up one-third of  leadership. Patricia Zugibe, its former in-house counsel who also is Jack Holt’s wife, took over as CEO in early 2021. “We look forward to her striking an essential balance in this male-dominated construction industry,” he said in announcing her appointment.

The pandemic also expedited projects for Good Samaritan Hospital in Suffern, N.Y., and for drug and vaccine manufacturing giant Pfizer in New Jersey and New York. “We tried to stay ahead of the curve,” Holt says. “We wrote an 86-page COVID program used by clients and union trades early in the pandemic that was about mask wearing and social distancing, but now we’ve morphed into vaccinations,” he says. The crisis also forced some tough decisions early on, as some states did not have pandemic protocols in place, Holt recounts. “It’s not easy to send somebody to a place that isn’t social distancing and wearing masks.”

While Holt points to a portfolio of company projects around the U.S., his commitment to his local community has never wavered. He continues to support his hometown of Pearl River as well as Rockland County and the Hudson Valley through groups such as the Contractors Association of Hudson Valley, Rockland Economic Development Corp. and United Way. He also is a past chairman of the Boy Scouts of America of the Hudson Valley. 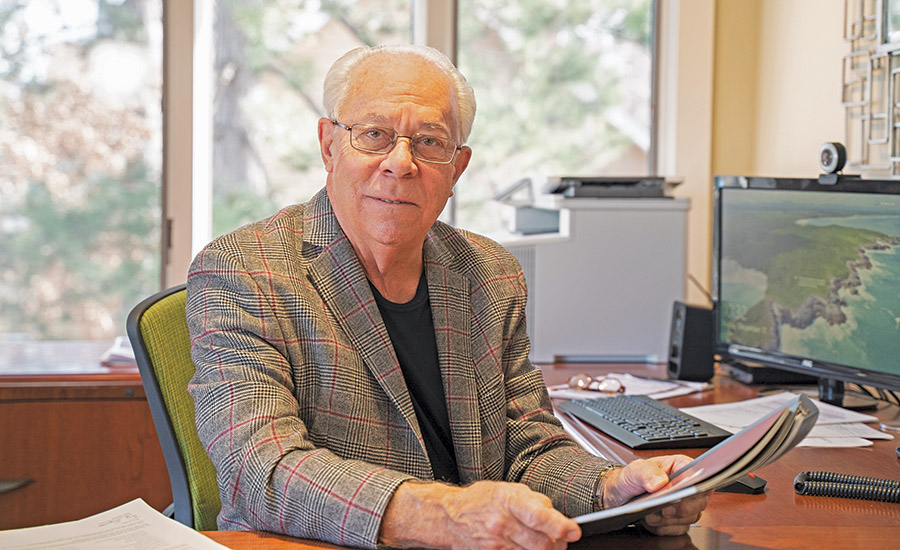 Holt has boosted the contractor’s employee total by a factor of 10 to more than 300 and diversified into aviation, health care, stadiums and other markets since he assumed leadership in 1974.
Photo courtesy Holt Construction Corp.

Dr. Mary Leahy, CEO of Bon Secours Charity Health System/Good Samaritan Hospital, knows Holt well as a builder, leader and philanthropist. His firm has built numerous projects for Good Samaritan, including its Active International Cardiovascular Institute, which opened in 2006, and a new emergency department in 2014 and 2015. Jack Holt himself led a $6-million capital campaign to open the cardiovascular unit.

“He was very involved,” Leahy says of Holt’s efforts to help create the cardiovascular program. “There were a lot of state authorizations and certifications that needed to happen,” she says. “It was a huge undertaking, and he really championed it and convinced many members of the business community to support it.”

Alan Seidman, executive director at the Construction Contractors Association of the Hudson Valley, points to Holt’s talent at forging relationships and engendering trust. “Jack has this unique ability to make you feel like you’re the most important person in the room. It’s a knack,” Seidman says. “He’s got a loyal following, and other contractors sometimes ask me, ‘Why can’t I break into this account? Why can’t I break into that account?’ It’s based on relationships and that quality of service.”

Holt sees Holt Construction continuing its controlled growth and hitting the half-billion-dollar milestone in a few years, when the firm could finally outgrow its century-old home base. “Retirement is in my future,” he admits. And although he’s nostalgic for his roots, Holt expects that “the new headquarters should be in New York City.”