Whether designing a public school or a transit corridor, Dale Dekker has an innate ability for making connections. Co-founder of Dekker/Perich/Sabatini (D/P/S), New Mexico’s largest architecture and design firm, Dekker has spent his career reimagining many of the spaces in Albuquerque and throughout the region, connecting ideas, projects and people along the way.

“Dale’s passion for his work is contagious,” says Benjamin Gardner, CEO and principal of D/P/S. “He uses his expertise in architecture, land use, urban planning and public engagement to elevate our communities with intentional, strategic design.”

Dekker and his team have been the face of important projects such as the redevelopment of the vacant Albuquerque High School into high-quality lofts, which brought young professionals downtown. His firm also played a key role in Albuquerque Rapid Transit (ART), the city’s new bus system that connects a significant portion of Central Avenue—historic Route 66.

And more recently, he and his firm have been behind the design and establishment of Innovate Albuquerque, a public-private partnership that transformed seven acres of downtown into a special district that fosters economic development and helps bring high-paying jobs to the city.

“He isn’t just an architect of buildings,” adds longtime friend Kevin Yearout, president of Yearout Mechanical, who has partnered with Dekker on many projects over the years. “He’s an architect of our community and of the future of New Mexico and Albuquerque.”

The reimagined Albuquerque Convention Center features a main entrance with a glass facade, providing a visual connection to the civic plaza. The project was honored as an ENR Southwest Best Project in the renovation category.
Image courtesy of D/P/S

Dekker, 69, fell into design at an early age while hanging out in the blueprint room, watching his father work. “He was a sole proprietor and both an architect and engineer, which by today’s standards is very rare. And that’s what I thought the profession was all about—designing everything from the aesthetics to the structural, mechanical and electrical,” he says.

A Texas Tech grad, Dekker worked for CCIC Inc. Architects/Engineers/Planners in Albuquerque from 1976-1980 and joined his father to create Dekker & Associates in 1981. It was just the two of them at the firm until Steve Perich joined the business in 1989. With the addition of Bill Sabatini 10 years later, “together we created the perfect partnership,” Dekker says. 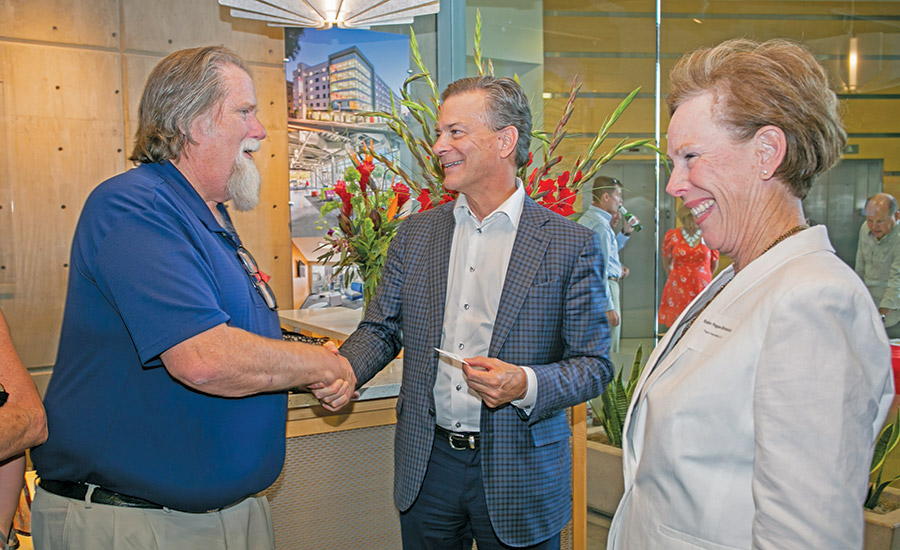 “I was into the marketing and business development, Steve was the business brain and operations guru, and Bill was a world-class designer and architect. With our three skill sets, we were able to build and grow the firm,” Dekker says.

“Dale is a brilliant guy,” says Jim King, chairman at Bradbury Stamm Construction. “Most architects try to be everything—businessperson, designer and marketer—but they divided up the roles.”

That recipe worked well, and today D/P/S employs 190 people with offices in Albuquerque, Las Cruces, Amarillo and Phoenix. Perich died in 2019 and Sabatini retired in 2020. Now Dekker is guiding a new generation of leaders as the firm continues to evolve and grow. 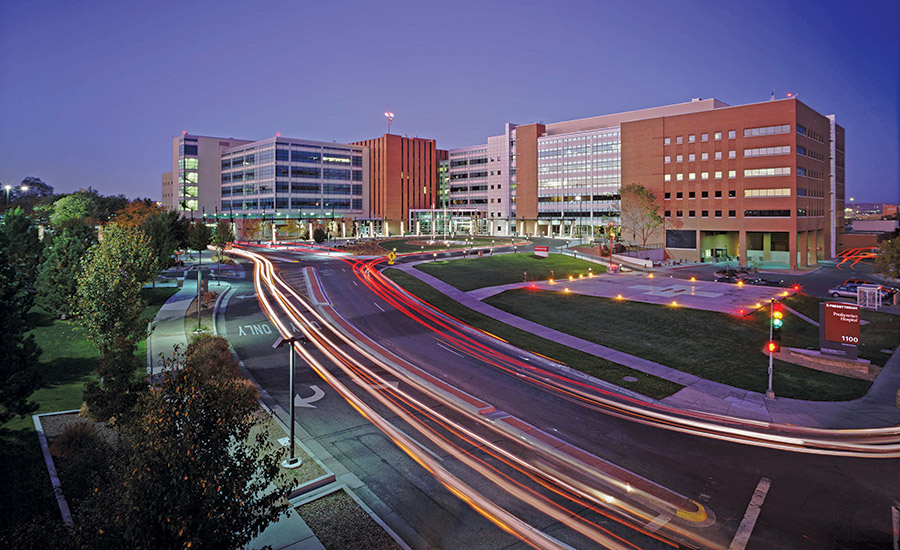 Sabatini also brought expertise in health care design, which allowed the firm to land projects with Presbyterian Healthcare. D/P/S has now done more than 24 projects for the health care giant, many of them with Yearout, featuring forward-thinking, cutting-edge technologies. Repeat clients and steadfast partnerships with local contractors have been a key to the firm’s success—some going on 40 years.

“He’s an architect of our community and of the future of New Mexico and Albuquerque.”
—Kevin Yearout, President, Yearout Mechanical

“Even though [the city] was founded a long time ago, I consider Dale a founding father of Albuquerque because he’s constantly looking for and involved in things that make the city and its economy better,” Yearout says.

While his designs have made a tremendous impact on Albuquerque and throughout New Mexico, Dekker’s colleagues say that a keen ability for connecting people is what defines his legacy.

“He knows everybody,” Gardner says. “In everything he does there is a real focus on what best serves the industry, the community and our firm. His passion is about more than our business, it’s [about] establishing community and relationships.”

“The ongoing revitalization of Albuquerque’s downtown core wouldn’t be possible without Dale’s leadership, expertise and professionalism,” Gardner continues. “City and council planning staff have pointed to his unique ability to bring together planners, developers, architects, stakeholders and citizens to build consensus toward shared aims. Through his unique and varied skill set, Dale has been instrumental in crafting a modern, sustainable and inclusive downtown core characterized by synergy-building projects. It all started with the recognition that our downtown cannot thrive without a diverse mix of housing, transportation alternatives and increased economic development opportunities.”

Statewide, Dekker also is a strong voice in supporting the space economy. He also works with the border alliance at the southern end of the state and is involved at the state Capitol promoting smart, sustainable development. 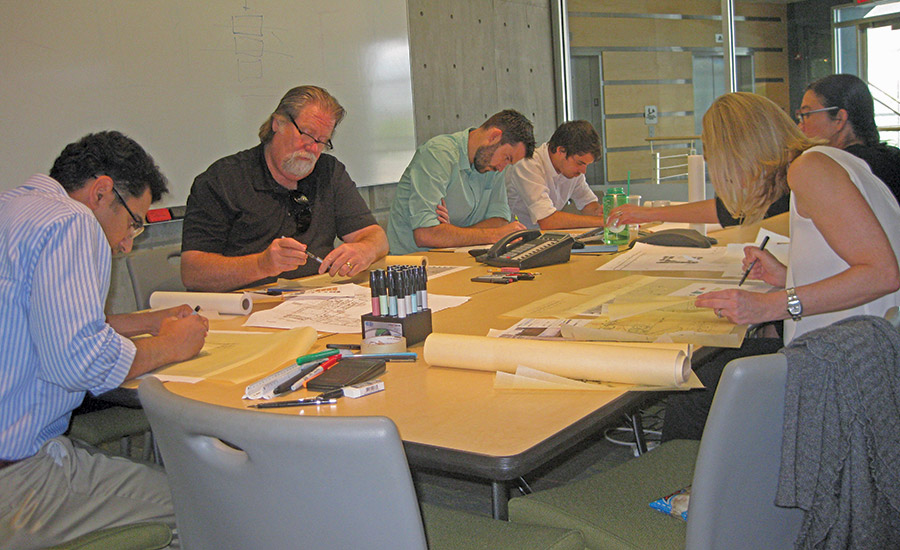 “Dale is a force to be reckoned with in New Mexico. Even people who have nothing to do with construction know Dale because he has made a true impact on the state and the city of Albuquerque,” says King.

King and Dekker have joined forces on key projects, including the Albuquerque Convention Center and Civic Plaza, the Tesuque Casino and Albuquerque Uptown Center and Apartments. And while these are three different types of projects, King says each one changed the area where they were constructed, which is characteristic of Dekker’s work.

“Downtown Albuquerque has the firm’s handprint all over it,” notes Dekker. “I had input, but we had incredibly talented people working for us. Architecture and design is a team sport, and our partners have done some great work over the years.”

Dekker’s fondness for what he calls extreme makeover projects has resulted in the firm’s reputation for tackling buildings that needed to be rethought, like Albuquerque High School and the 1970s-era convention center. “We changed it up to reflect the architecture of the region. Modernized it,” he says.
Just two blocks away, the Alvarado Transportation Center is another project that adds dimension to the downtown neighborhood. Dekker credits one of the firm’s partners, Chris Gunning, with the design.

“I’m not the master architect. I like to contribute, and I can, but we’ve had some incredibly talented people over the years. And we’re bringing in new, younger partners who are going to continue to grow the firm and build on the values we’ve created,” Dekker says.

“I’m very honored to win the [ENR] Legacy Award, but I want to be sure the credit is shared with all the partners—those who are retired, have moved on and current partners. I have been unbelievably blessed with partners who have made the firm what it is today.” 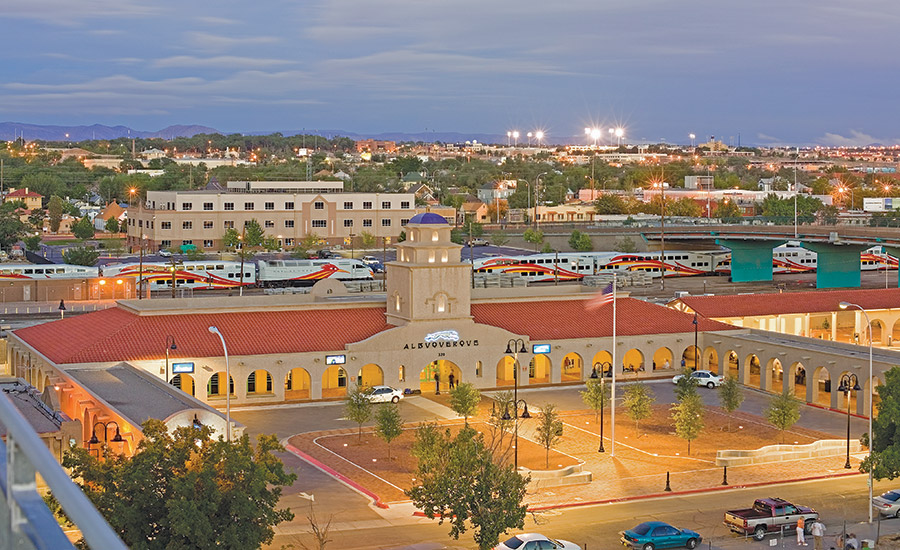 Ahead of the Curve

“One thing we’ve been good at is identifying trends and getting in front of them,” Dekker says.

On the environmental side, D/P/S was the architect for Jefferson Green in 2006, the first LEED Gold commercial building in New Mexico, and the first in the state’s private sector. The project became the firm’s showplace for LEED principles at a time when sustainability was on the cusp of becoming the new buzzword. Today, the firm has completed well over 50 such projects, and Dekker continues to focus on cutting-edge technologies.

“Dale is a forward thinker,” Yearout says. “Even today, he’s talking about the need for less parking around buildings due to what he sees in the future—like ride-sharing and autonomous cars. He’s always looking ahead to where the world is going and looking for new opportunities; for years he has been promoting getting New Mexico more focused on supporting the space economy, like cleaning up space debris and small satellite manufacturing.”

Yearout is currently partnering with Dekker’s firm on the MaxQ development at Kirtland Air Force Base in Albuquerque. The project will be 70 acres of mixed-use development focused on supporting the space and directed energy missions at the base.

Pondering the future, Dekker says the next big thing will be “a new era of strategic alliances formed between subcontractors and developers. Zoom has shown us we can work anywhere,” he says.

“Even though we have three other offices, we may have more of a regional reach than we have now; we’ll put resources into doing that. We’re in an unusual time and being able to adapt and pivot is crucial. That’s how we’ve been able to grow and thrive,” Dekker says.