Traditionally, the field layout process involves using tape measures, chalk lines and surveying equipment to manually mark the locations of walls and mechanical systems. Rugged Robotics automates this process, using small robotic vehicles to mark fully coordinated designs on concrete floors. The rover can print much more information than is typically seen on a manual layout. This technology also helps eliminate potential oversights and errors in the manual layout. Another advantage of this technology is that it takes care of easily automated, often repetitive tasks, allowing people to focus on higher-value tasks that require their expertise.

Suffolk was awarded the Terminal C renovation project at Dallas/Fort Worth International Airport in November. The 850,000-sq-ft phased project will include upgrades to interior finishes at 18 domestic gates, reconfigurations and expansion to the ticketing and security checkpoints, upgrades to concessions and restroom areas, replacement and installation of energy efficient glazing and HVAC systems, rework of passenger boarding bridges and preconditioned air units, ramp marking and guidance systems, jet fuel lines and new baggage handling areas, among other improvements.

Suffolk was selected for the project in partnership with 3i Contracting. Preconstruction has already begun. Full construction and renovation work is slated to start in 2024, with project completion expected in 2026.

New Orleans-based contractor Palmisano announced in November that it had rebranded as Impetus.

“For our new identity, we searched for a name that embodies our ethos—one that is representative of forward momentum in the construction industry,” company founder Wesley Palmisano said in a statement.

The company plans to expand both geographically and in terms of its capabilities and intends to acquire other brands. Impetus recently opened an office in Nashville and another in Salt Lake City. 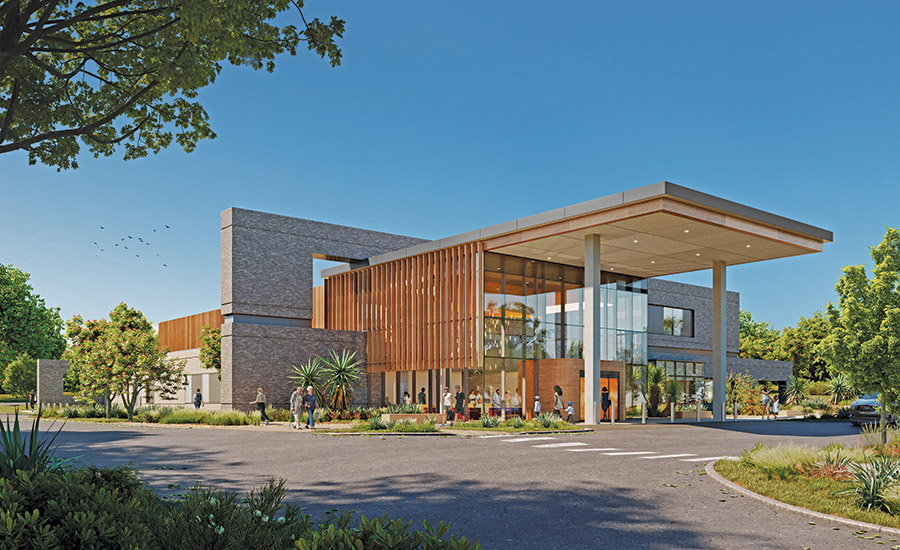 In late September, Stantec completed the design of the San Antonio Proton Therapy Center, a new 26,000-sq-ft facility that will provide an advanced alternative to conventional radiation treatment for nearly 500 patients annually from South and West Texas as well as Mexico.

Proton International LLC will develop the cancer center, which is located adjacent to The University of Texas (UT) Health San Antonio’s Greehey Campus and the Mays Cancer Center, with UT Health as the clinical partner.

A GC has not yet been selected, but construction is expected to begin in spring 2022. The project team includes MEP engineer BR+A, structural engineer Goldstein-Milano and civil engineer MBC.

In October, Air Products announced its plan to develop a $4.5-billion clean energy complex near Burnside in Ascension Parish, La. This will be the world’s largest permanent carbon dioxide sequestration endeavor to date, according to the firm.

Air Products will construct a blue hydrogen manufacturing complex to produce more than 750 million standard cu ft per day of blue hydrogen, with carbon dioxide from the manufacturing process captured and permanently sequestered. This is the first carbon-capture project in Louisiana for gas manufacturer Air Products. The project will create 170 direct jobs and 413 indirect jobs and create more than 2,000 construction jobs over three years.

The project is expected to be operational in 2026.

On Oct. 14, Renewable Energy Group broke ground on the improvement and expansion of its renewable diesel production facility in Geismar, La. The project will take total site production capacity to 340 million gallons per year from 90 million and bring more than 60 permanent jobs and up to 500 construction jobs to the area. The estimated project cost is $950 million, and it is expected to be mechanically complete by 2023, with full operability in 2024. 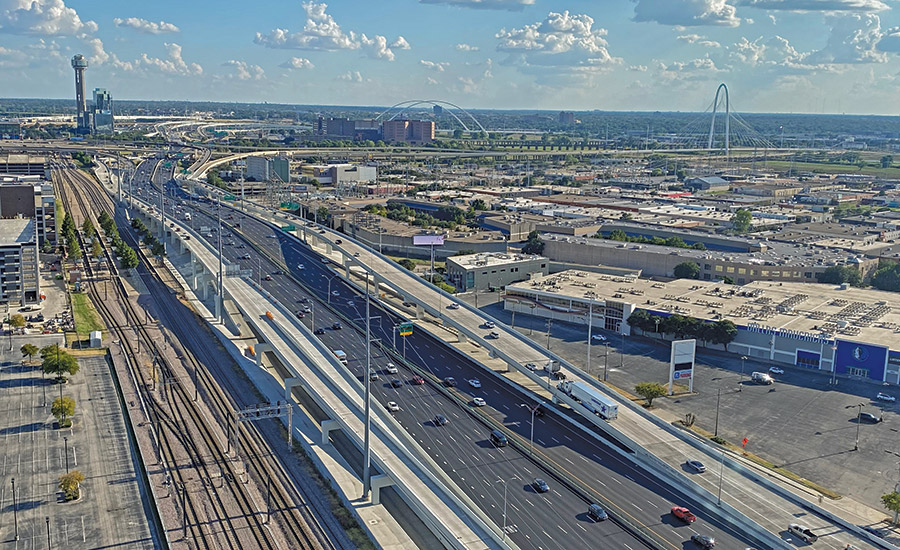 Balfour Beatty, the Texas Dept. of Transportation (TxDOT), and federal, state and local officials celebrated the completion of the Interstate 35E (I-35E) Lowest Stemmons project with an official ribbon-cutting ceremony in Dallas on Oct. 25. The $83-million improvement project on I-35E between I-30 and Oak Lawn Avenue is the first completed project of TxDOT’s Texas Clear Lanes initiative in the Dallas District.   The work aims to reduce traffic congestion and improve safety in Texas’ large metropolitan areas.

Balfour Beatty, in a joint venture with Pegasus Link Constructors, served as general contractor for the Lowest Stemmons project. The JV constructed new collector-distributor lanes parallel to I-35E to give travelers a safer and easier path to and from Woodall Rodgers Freeway and the Dallas North Tollway.

Zachry Group, San Antonio, in November announced the creation of its new sustainability business, Zachry Sustainability Solutions, focused on supporting its customers as they pursue their most critical energy transition projects.

The business will focus efforts on four primary areas of the decarbonization market: carbon capture, hydrogen, renewable fuels and chemicals, and nuclear energy. Zachry Sustainability Solutions will be led by Mike Kotara, who will serve as president.

In November, crews broke ground on the Process Equipment Training (PET) Plant on the River Parishes Community College (RPCC) campus in Gonzales, La. Expected to be completed by fall 2022, the plant will allow students hands-on experience in repair, maintenance, upgrades, turnarounds and other plant operational skills.

ISC donated engineering services to ensure the project became a reality for the betterment of the industry. The firm also produced a detailed engineering design and provided critical support for the region’s first full-scale educational glycol plant. The facility will give students training experience in an environment that accurately reflects a real industrial setting.

RPCC is investing $3.5 million in the construction of the plant, and industry partners have contributed another $1.5 million in equipment, services and donations.

The Louisiana Coastal Protection and Restoration Authority (CPRA) in December announced the start of dredging activities on the Cameron Meadows Marsh Creation and Terracing Project in Cameron Parish, La., northwest of Holly Beach. Using 1.9 million cu yd of sediment pumped from the Gulf of Mexico, the area will see the addition of 308 acres of marsh.

The restoration project will address the loss of a large area of marsh due to subsidence, saltwater surge from Hurricane Rita and other storms, excessive drought and saltwater retention as a result of silted-in canals which prohibited adequate drainage.

The $32-million project is funded by the Coastal Wetlands Planning, Protection and Restoration Act (CWPPRA) and is a joint effort by CPRA and the federal sponsor, the National Oceanic and Atmospheric Administration (NOAA).

Great Lakes Dredge and Dock was awarded the competitively bid contract for construction, which is anticipated to be complete by January 2022.

Texas/Louisiana On the Scene: December 2021