This waterfront hotel—the first to be built in Camden in more than 50 years—is part of a mixed-use urban neighborhood on the banks of the Delaware River that will include up to 1.2 million sq ft of office space, apartments, retail and an upgraded public park. 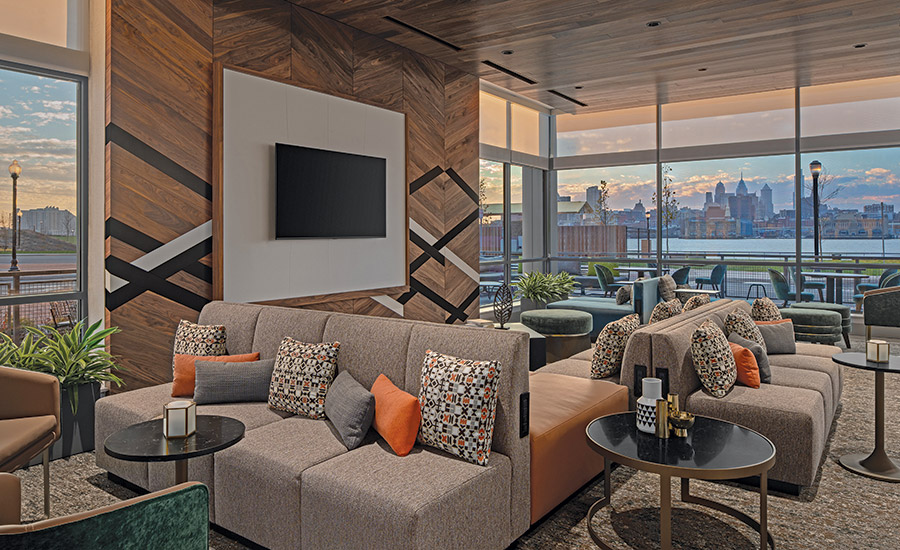 The seven-story, 122,750-sq-ft hotel includes 180 guest rooms, 4,400 sq ft of meeting space, a kitchen, restaurant, bar, indoor and outdoor dining facilities, and a fitness center. Since the hotel is part of a large master plan, the team studied nine sites with the master plan developer to achieve maximum yield for this and future projects. 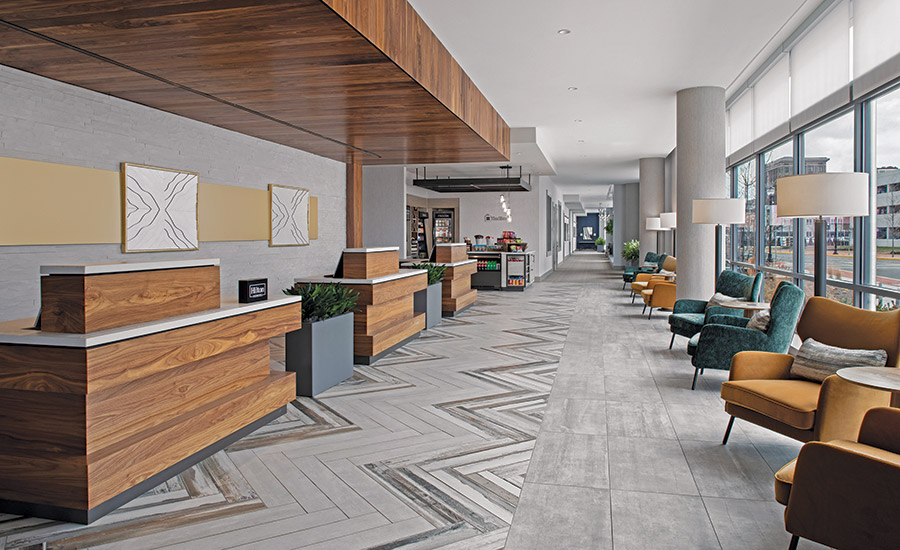 For a garage that was planned behind the hotel, crews had to remove windows on the rear facade and the corridors could not be double-loaded. The hotel floorplan had to be elongated, with guest rooms situated toward the waterfront and most of those featuring skyline views. Design modifications accommodated a clean backdrop for the garage. 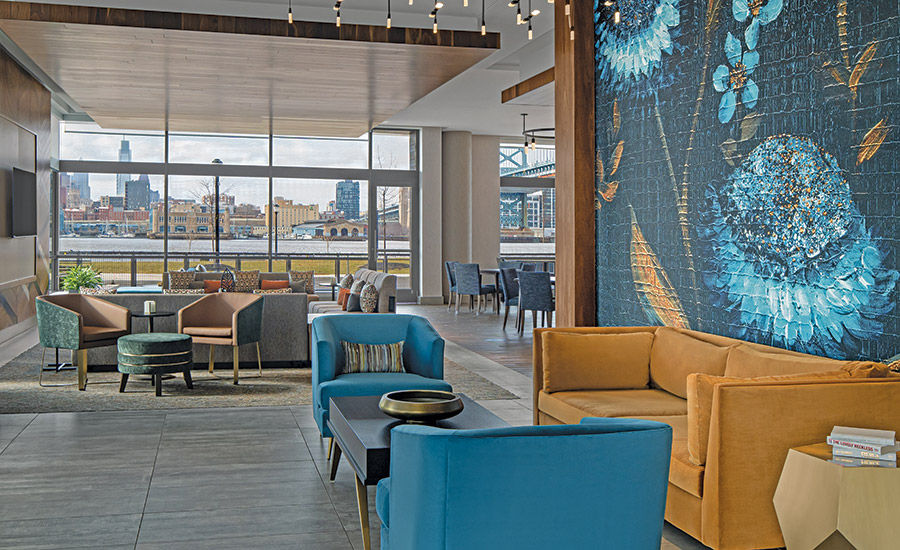 Many challenges due to unstable soil conditions required additional engineering. “Careful coordination and thorough testing were necessary,” the contest entry noted. Due to the soil, special attention was given to the foundation. The team created a load-transfer platform for the concrete slab, under which was laid 12 in. to 14 in. of ultra lightweight foamed glass aggregate. In addition, 250 rigid inclusions were drilled an average of 45 ft into the ground. 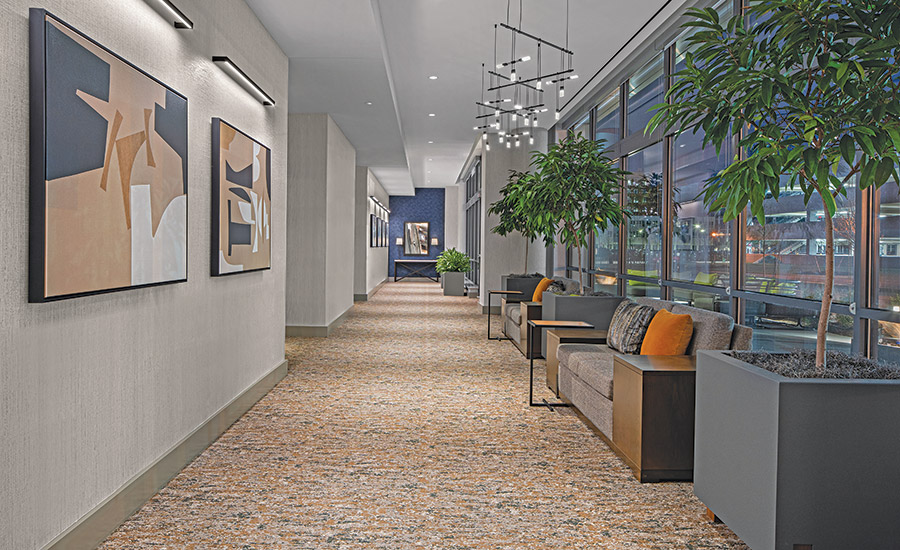 Despite setbacks from COVID-19, the team stayed nimble by implementing design-build methods to deliver the project on schedule and on budget. The project was originally designed to target LEED Silver for energy efficiency and sustainability, but the team collected enough credits to submit for Gold, for which the project is awaiting review.