This website requires certain cookies to work and uses other cookies to help you have the best experience. By visiting this website, certain cookies have already been set, which you may delete and block. By closing this message or continuing to use our site, you agree to the use of cookies. Visit our updated privacy and cookie policy to learn more.
Home » Award of Merit Water/Environment Lincoln Biogas/Theresa Street Water Resource Recovery
ProjectsRegionsMidwestMidwest Construction ProjectsBest Projects2021
Best Projects

Biogas once used to power the recovery facility’s combined heat and power system is now generating revenue for the city, thanks to an $8.6-million heat and electrical generation system upgrade. The building team incorporated a new conditioning system that coverts the facility’s biogas into 100 billion BTUs of marketable natural gas each year. 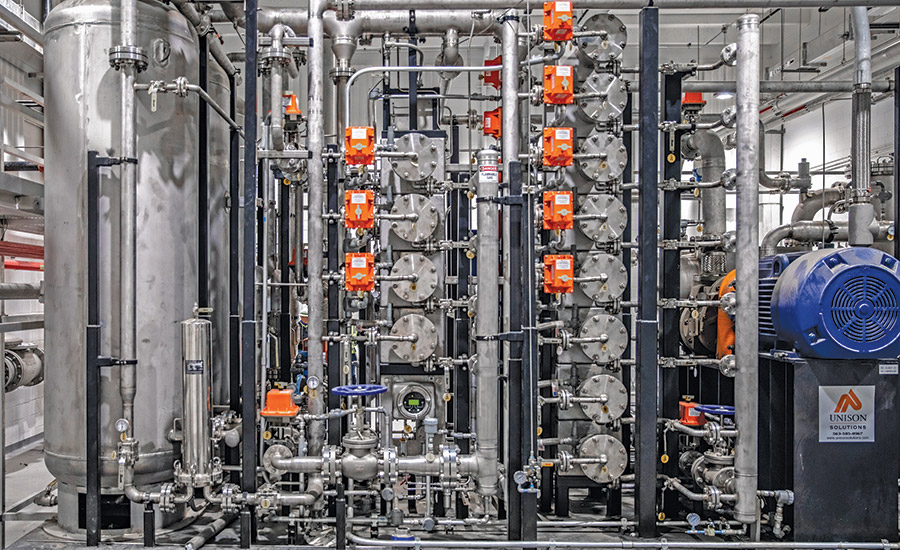 The equipment and its associated piping and modified electrical system were all incorporated within the facility’s existing generation space on the banks of Salt Creek. With the jobsite located within a levee critical zone, the team used special construction elements such as flowable backfill for buried piping and “mud mats” for leveling parts of the foundation below the concrete. The project successfully weathered two unexpected obstacles—a springtime flood that delayed completion of the federal permitting process and pandemic-related restrictions on vendor access to the site. Now operational, the system will generate an estimated $2.6 million in new revenue each year.