The 26,000-seat home of FC Cincinnati is not only one of the largest soccer-specific stadiums in Major League Soccer, it’s also one of its most architecturally complex. One significant challenge came a few months after excavation and foundations began on the project when original designer MEIS Architects was replaced by Populous. A revised design resulted in changes to the structure, facade, interior and site design. Despite the changes, the team of Turner Construction and Jostin Construction were able to adjust and keep the project on target for the April 2021 completion date.

The stadium features a 360-degree canopy roof that covers every seat in the stadium, enclosed by more than 500 vertical fins that form a wave-like effect. Each fin is lined with custom LED lighting which can be programmed with sequences that replicate motion. TQL Stadium was the first stadium in the world to use SACO V-STICK S video lighting technology—the same system used on the Burj Khalifa in Dubai. 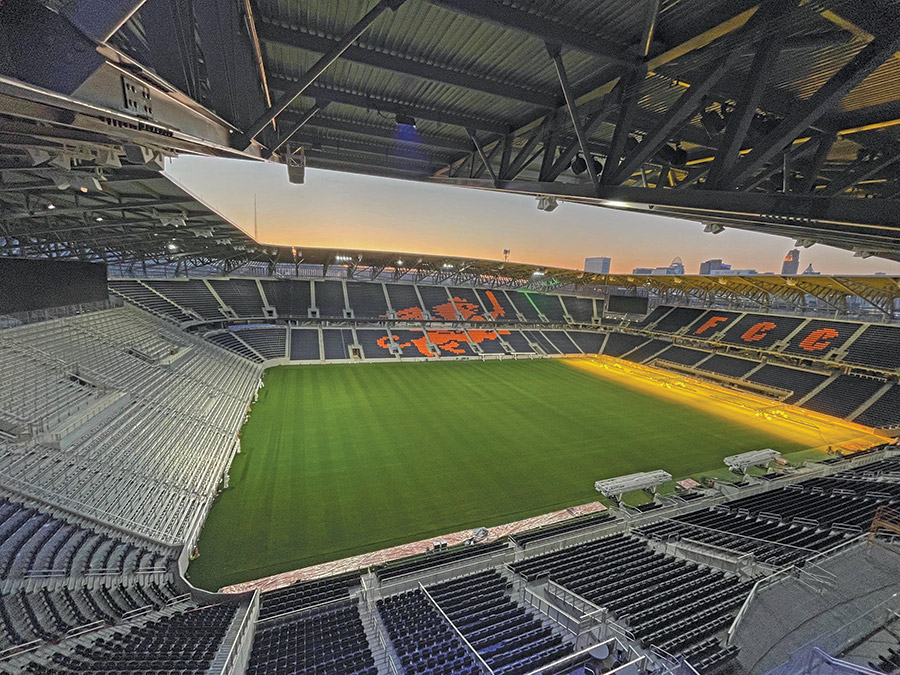 The main video display measures approximately 23 ft high by 151 ft wide, which the team says is the longest such display at a soccer-specific stadium in the U.S. The stadium’s 59 suites—including two party suites and three field-level suites—are the most for an MLS-specific venue.

It also features 4,500 premium club seats and 3,100 safe standing seats in a fan section at the north end of the stadium. 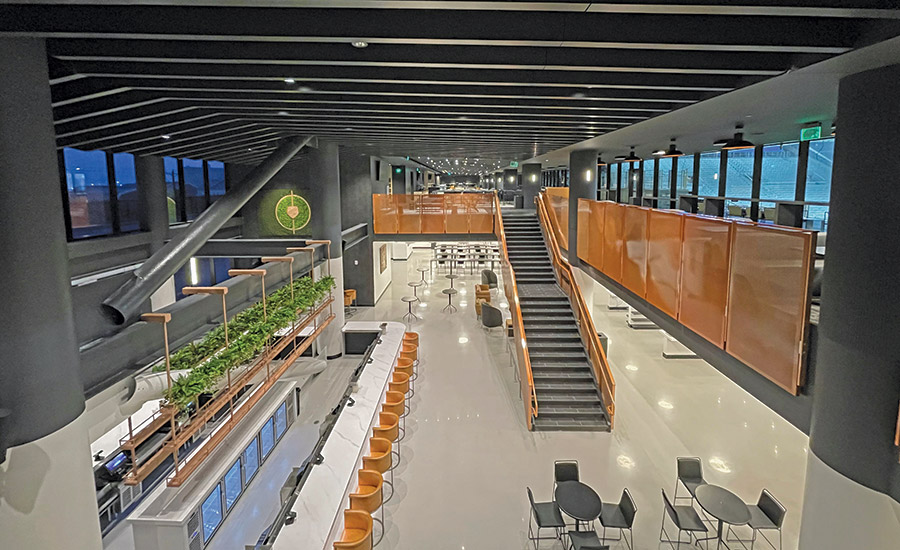 The project had a comprehensive community benefits agreement, which set economic inclusion goals. The project exceeded its 25% MBE, 7% WBE and 30% SBE goals. The project team also developed and implemented a workforce education program to provide opportunities for community members interested in the building trades.