Although it features just eight floors of guest rooms, conference rooms and boardrooms, the new AC Hotel Orlando could make a claim that it’s the tallest hotel in downtown. Austin Commercial constructed the 117,600-sq-ft structure, which was completed in December 2020, on the upper floors of the SunTrust Plaza. The base building is 25 stories total with the hotel component starting on Level 18. The 17 lower floors house primarily office space that was occupied during construction of the hotel.

Starting in September 2019, work began on the 18th and 19th floors, where the hotel houses its conference rooms and boardrooms. Guest rooms began on floor 20 and total 180 rooms spanning up to the 25th floor. 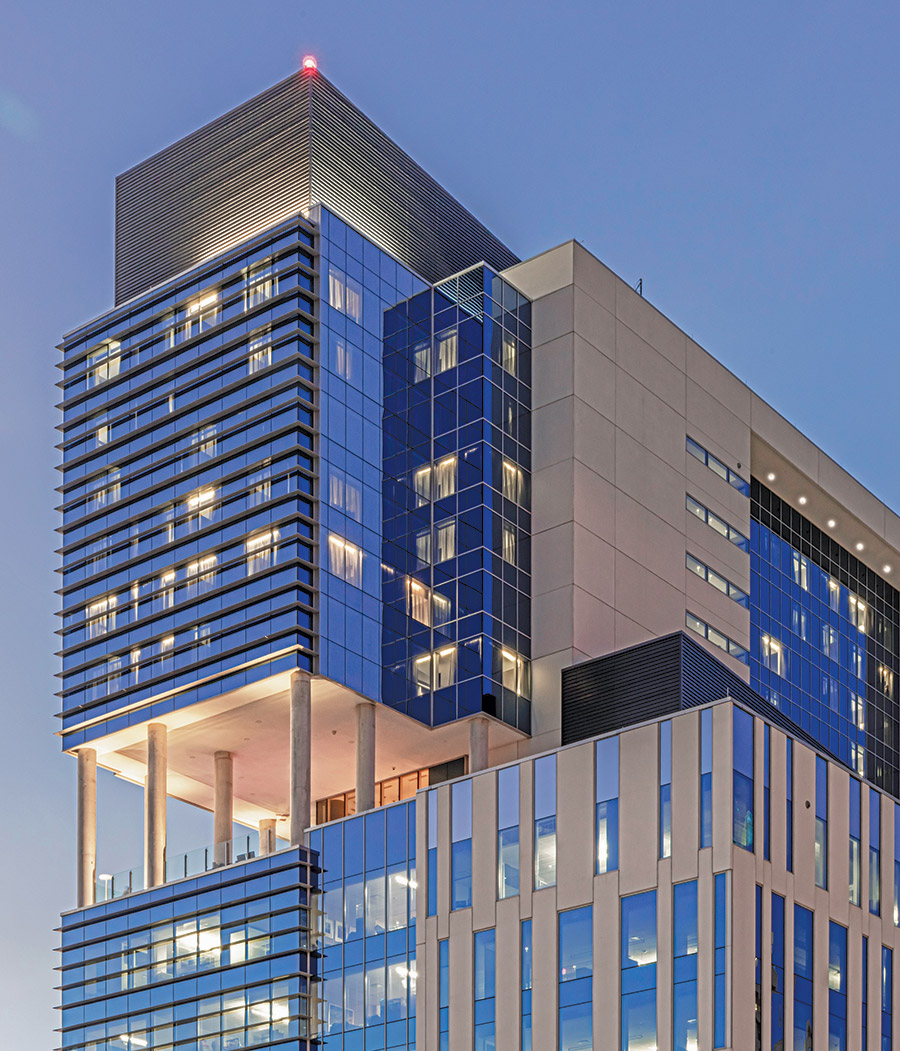 With a project site located more than 300 ft in the air above downtown Orlando, significant planning was needed prior to construction. The location, near Griffin Park, has busy streets on two sides with no ground-level laydown area. The team was able to use some space on Floor 10, above the parking garage, as laydown area, but only materials that could fit in an elevator. For large or heavy pieces—such as metal studs, 3,000-lb iron, drywall and glass curtain wall—a tower crane and hoist lifted material onto the existing building above Floor 17 prior to construction of the hotel.

Once the curtain wall was finished and the tower crane and hoist were removed, crews used two 6.5-ft by 5.5-ft by 9-ft service elevators located on Level 10 of the parking garage for all remaining construction materials, such as barn doors, shower doors, granite and furniture. Materials for all 180 guest rooms passed through the two service elevators. The process added a significant amount of work-hours as it took up to 10 minutes to drive one pallet of material up the parking garage to the service elevator. In total, it took 12 hours to get all pallets of material to the laydown area located on Floor 10. Deliveries also had to be carefully coordinated to avoid overloading the laydown area. 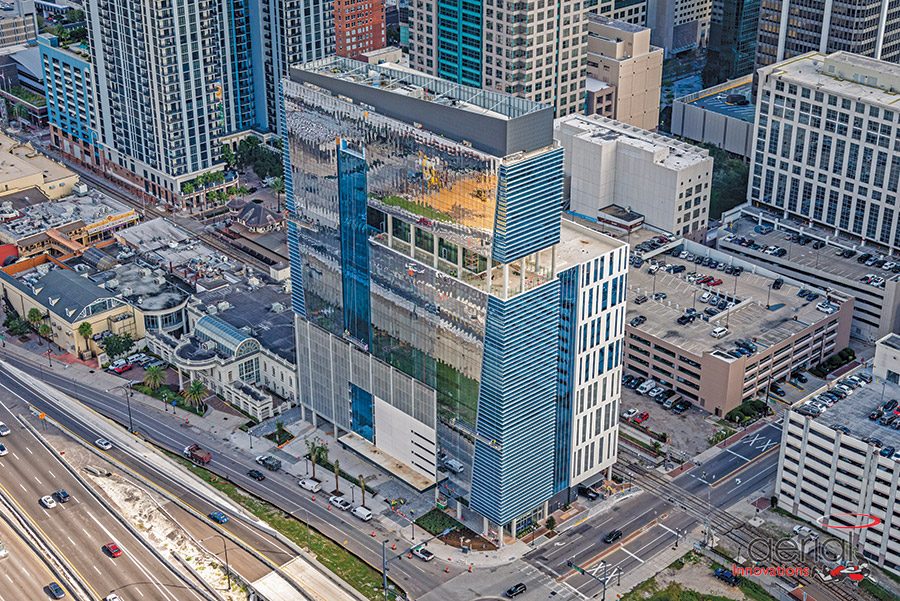 Florida hurricanes and wind requirements prompted Austin Commercial to use structural steel in the bar area. The roof had to be cut open for the structural steel to be put in place, right above the SunTrust office space.

The team held daily meetings and walks with subs on QA/QC and punch issues before walking the site with the owners in order to minimize the owner’s future punch list. According to Austin Commercial, the project was one of the first for Marriott where the punch list was 100% complete at sign off.

Best Residential/Hospitality - The ART, A Hotel