After nearly three years of renovations and expansions, CocoWalk received a significant upgrade that not only delivered an updated 804,000-sq-ft mixed-use development, but modernized it for years to come.

Led by Juneau Construction Co., the project was completed in two phases. In one phase, dubbed “One CocoWalk,” crews renovated the existing building on the south side of the property. Controlled access zones were put in place to protect guests, visitors and tenants. At times tasks needed to be completed during off-hours. For example, when subcontractors were removing and reinstalling the facade, the work was scheduled with multiple shifts running until 2 a.m. to ensure the safety of bystanders.

Weekly logistics plans were shared with building management and tenants. Some tenants had their own contractors completing build-outs, and Juneau assumed the responsibility to help coordinate the additional subcontractors on site. 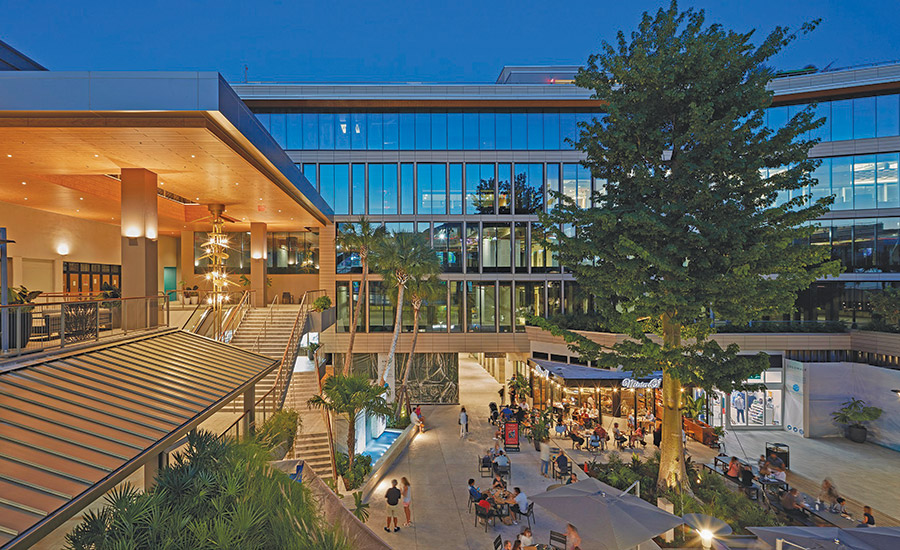 As Florida can be prone to high rainfall events, a consultant was brought on to help with the waterproofing effort. The existing building was more than 30 years old, and there were existing cracks that naturally occur over time. The team used innovative methods to ensure waterproofing procedures would follow consultant guidance.

On the north side, crews built the second phase of the development—a new five-story, 81,000-sq-ft office building called “Two CocoWalk.” Prior to construction, Juneau demolished an existing structure on the north side. Some equipment used during demolition weighed about 85,000 lb, so the team had to structurally support the parking garage where the equipment was staged. A structural engineer was brought on board to assist with implementing a shoring system. Weekly third-party inspections and daily internal inspections were completed to look for possible signs of failure. 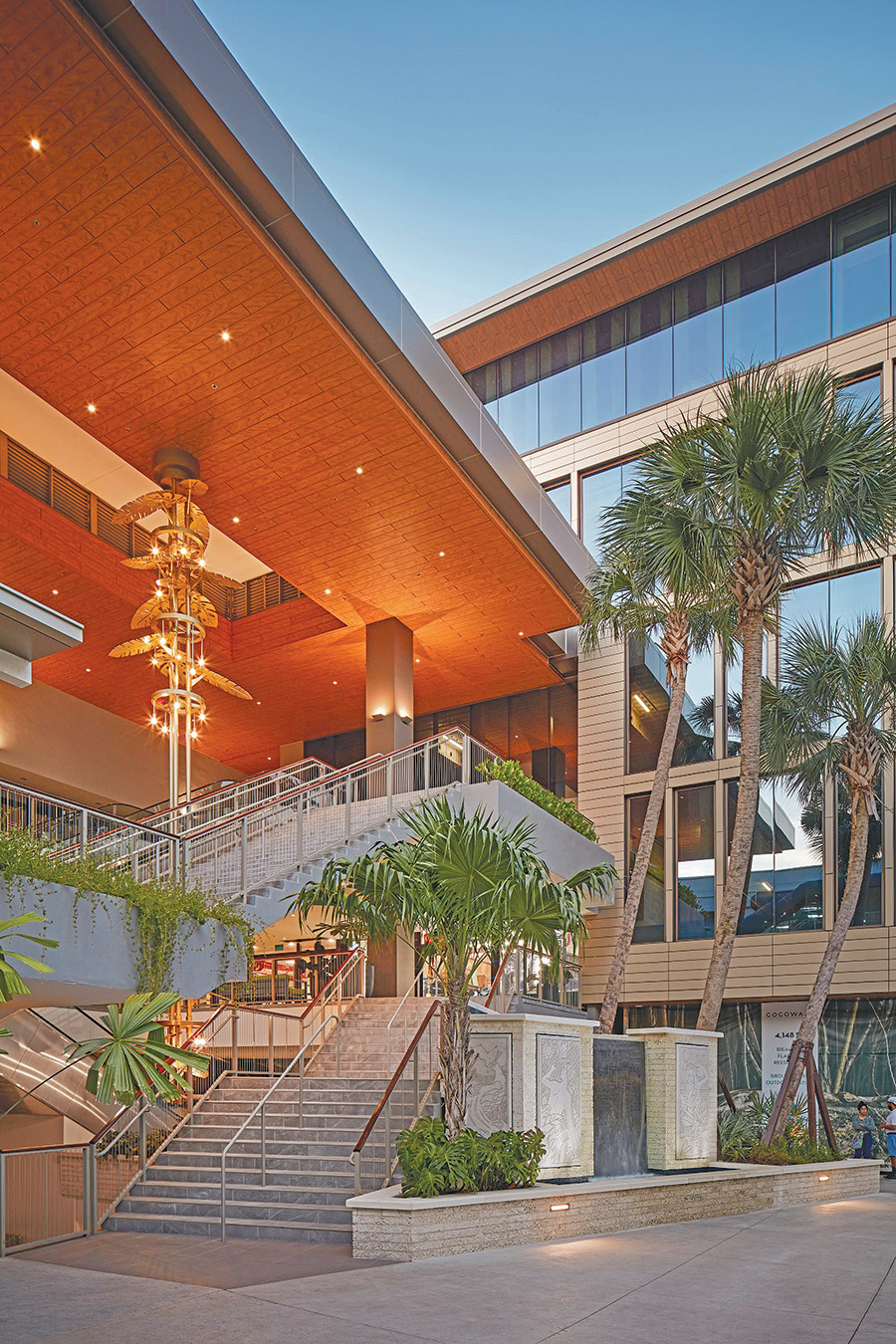 The project utilized two structure types—concrete for the existing plaza and steel for the new office building. Juneau’s virtual design and construction department used BIM to determine how to best join the two structures. Through the use of VDC, the team discovered constructibility issues with the roofing system that was designed to join both structures before work began in the field.

Sustainability was also a main goal of the project. Many materials that were removed during demolition were recycled for use during rehabilitation of the structure. The project obtained a LEED Silver certification and is now seeking LEED Gold certification for its sustainability efforts.

The adaptive reuse project, which was completed in August 2020, was constructed while CocoWalk remained 100% open for visitors and guests. The project tallied no lost-time accidents and no lost-time incidents during 700,000 work-hours.