The memorial contains more than 1,500 commemorative columns that represent the sailors and Marines killed Dec. 7, 1941, on the USS Arizona during the attack on Pearl Harbor. Completed in March 2021, the memorial reveals the perimeter of the sunken battleship, extending across the entry drive and the lake.

The garden layout recalls the ship’s vertical mast, and benches along pathways are engraved with quotations from those who experienced the events of that day. Blocks are engraved with the name and rank of everyone aboard. An actual relic of the ship is prominently displayed at the lake’s edge. 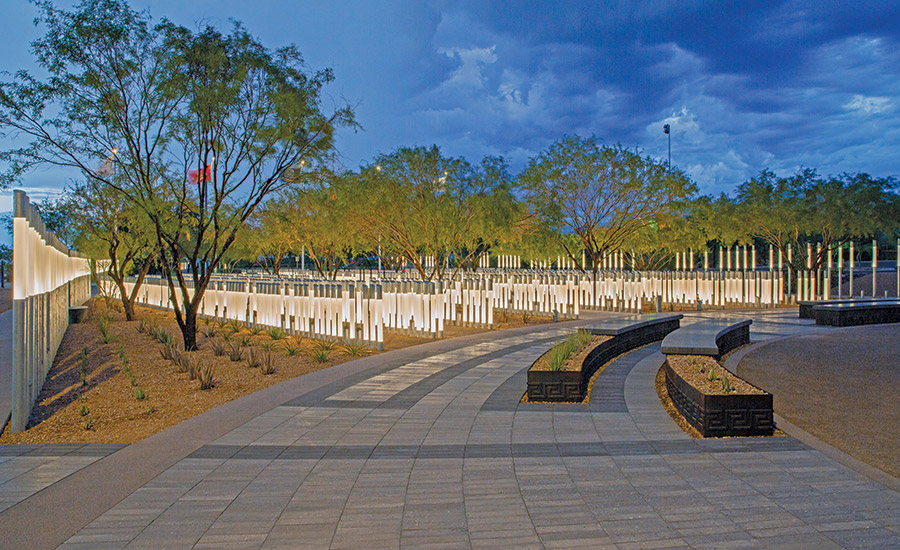 Among the challenges was installing the columns in the lake, which had to stay operational as the source for an irrigation system that serves the adjacent baseball spring training facility. The lake also is lined to prevent seepage and has various species of fish that support aquatic health conditions, so minimizing impacts to both the lake liner and the fish was critical. 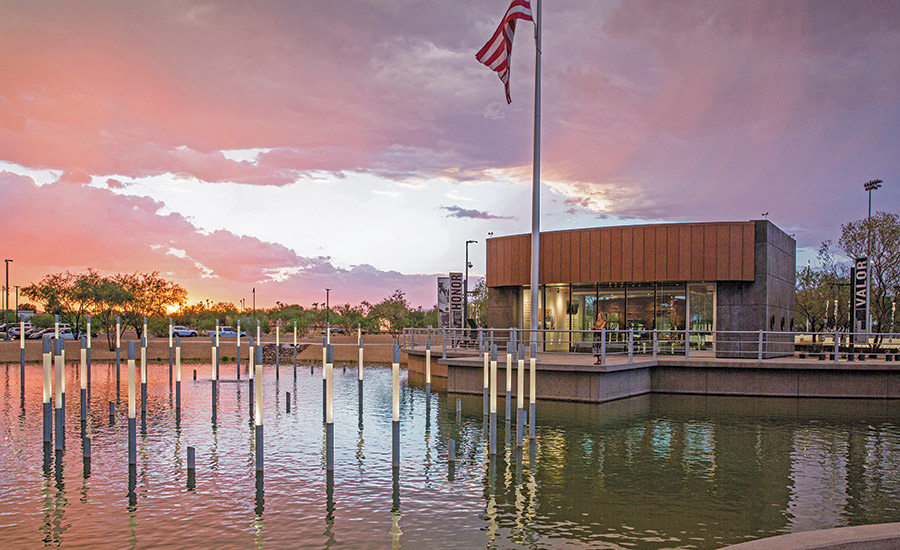 A coffer dam was planned to expedite the work, but during construction it kept slipping out of place despite multiple attempts to reanchor it during initial installation. To avoid construction delays and safety concerns, a cement slurry plug was installed instead. The slurry plug had capped pipes that were later cut to allow for water circulation and to improve the fish habitat. The plug also allowed for installation of the water commemorative columns in a safer and more cost-effective manner than the original coffer dam.