This website requires certain cookies to work and uses other cookies to help you have the best experience. By visiting this website, certain cookies have already been set, which you may delete and block. By closing this message or continuing to use our site, you agree to the use of cookies. Visit our updated privacy and cookie policy to learn more.
Home » Pueblo Chemical Agent-Destruction Pilot Plant: Best Project Govt/Public Building
Mountain StatesMountain States Construction Projects
Best Projects

In 1985, Congress created the Program Manager for Chemical Demilitarization to destroy the remaining 10% of the U.S. chemical weapons stockpile. To date, chemical weapons have been eliminated at six of the eight original storage sites.

The Pueblo Chemical Agent Destruction Pilot Plant is destroying mustard agent. However, munitions experts determined that roughly 97,000 mortar rounds couldn’t be handled by the existing automated plant in time to meet the Dec. 31, 2023, deadline. Because of these concerns, three static detonation chambers (SDCs) were commissioned to be built by Dynasafe, with Komada and Industrial Constructors/Managers Inc. hired to create the structures to support and house them. The SDCs were chosen for their ability to use thermal heat to detonate or deflagrate chemical weapons and because they are equipped with extensive controls and scrubbers to prevent environmentally hazardous chemicals from escaping. 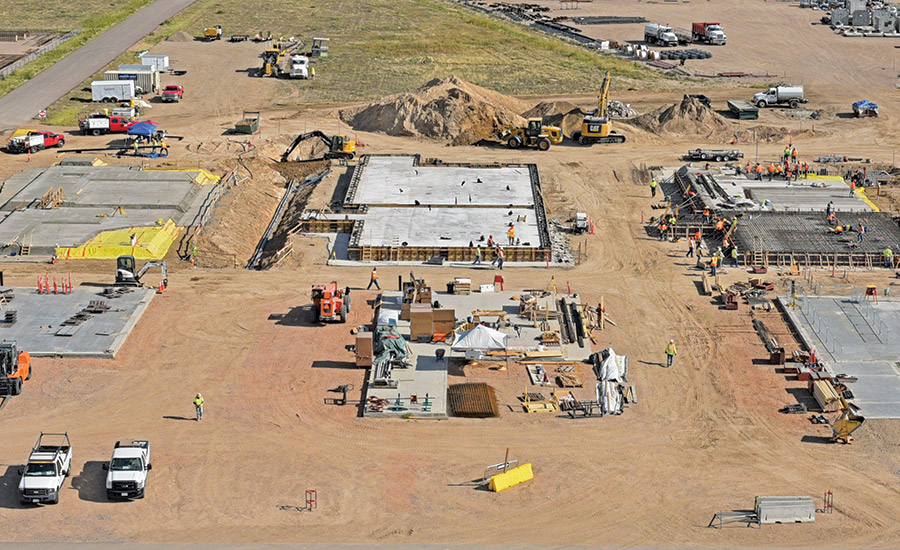 Due to the environmentally sensitive nature of the materials, strict pollution controls were in place on the project. Any time a piece of equipment leaked, the facility was shut down and the soil was extensively cleaned.

With extreme detail comes extreme concerns over quality, and the project was required to have extensive documentation to ensure that everything was installed correctly and exactly to specifications—from how a bolt needed to be set to whether an inch embedment was allowed—all of which had to be approved by various teams. 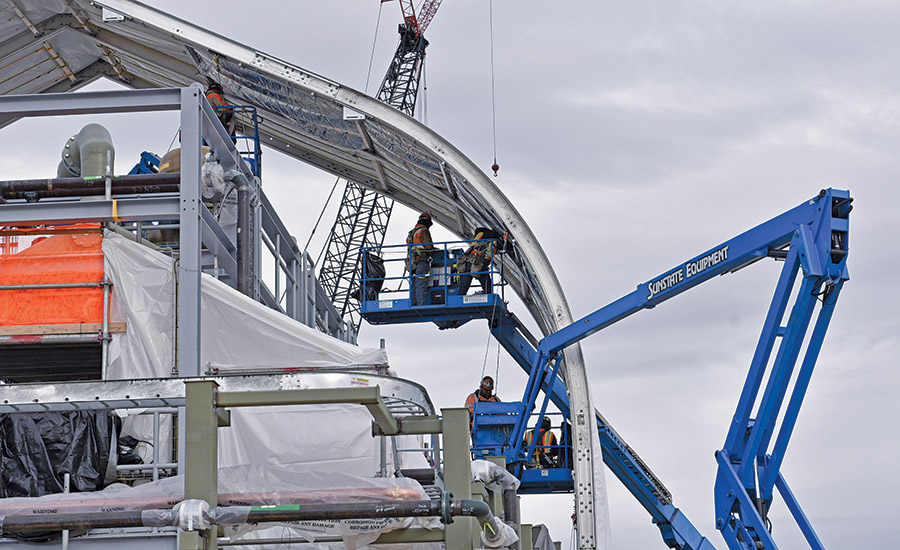 The team created multiple safety plans to prepare crews for building every aspect of the static detonation chambers. That included distinct safety plans for the concrete foundation, erection of the tent structures, installation of process piping, fabrication and erection of structural steel and setting up the equipment. Each safety plan was developed months ahead of time and reviewed with every employee who worked on the project.