The $11-million project to raise Hell Hole Dam in Foresthill, Calif., was never going to be easy. Built in 1966, the earth-and-rock embankment dam impounds two rivers to form Hell Hole Reservoir in a rugged, remote location.

To increase the reservoir’s capacity for water storage and hydroelectric power generation, Placer County Water Agency elected to raise the dam’s core and downstream fine filter by 10 ft. The original plan was to take the top 10 ft off the dam to reach the core and filter, raise them up, then raise and level the crest of the dam. But early excavation revealed that the fine filter was significantly lower than anticipated—about 15 ft lower.

This discovery prompted a redesign of the entire project. Contractor Kiewit Infrastructure West Co. would raise the filter to the correct elevation, matching the core, and reconstruct the dam to the proper height. This added two construction seasons to the schedule, as the revamped project required a deeper excavation and more backfill, which had to meet strict specifications for fill thickness, compaction requirements and gradation testing. 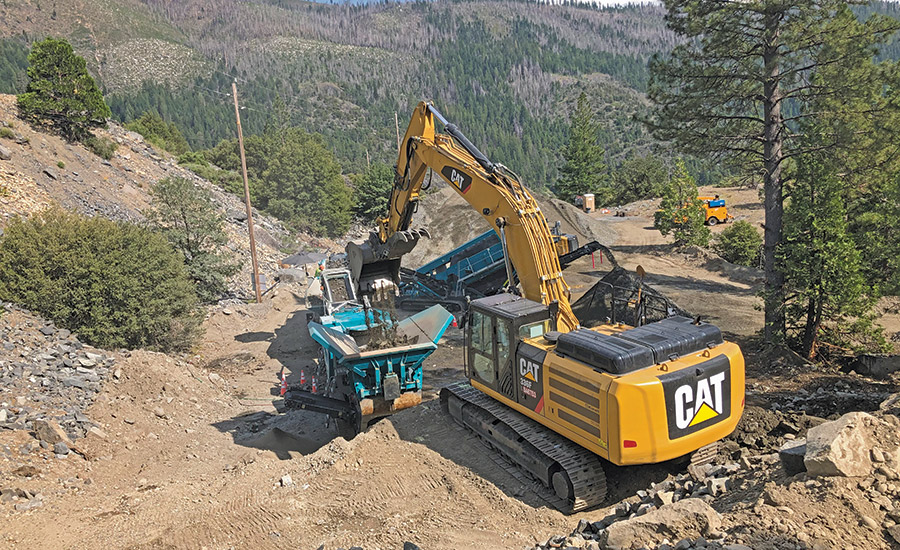 “Overall, a job that started going very badly was successful primarily because of Kiewit’s tremendous commitment of knowledge and resources to the job and doing so without delay,” says PCWA project manager Ross Hooper.

Since Hell Hole Dam remained in operation as both a dam and a power plant, the team could work only in the hot, dry summer months when the reservoir’s water level was lower. A single road linked the mountain site on the Rubicon River and Five Lakes Creek to the nearest town two hours away. The crew lived on location Monday-Friday with no cellphone or GPS service. To limit the project’s impact on the environment, the team recycled the excavated dam material and processed it on site to use as construction material. This reduced truck traffic along the single access road, which reduced the project’s public impact and greenhouse gas emissions. 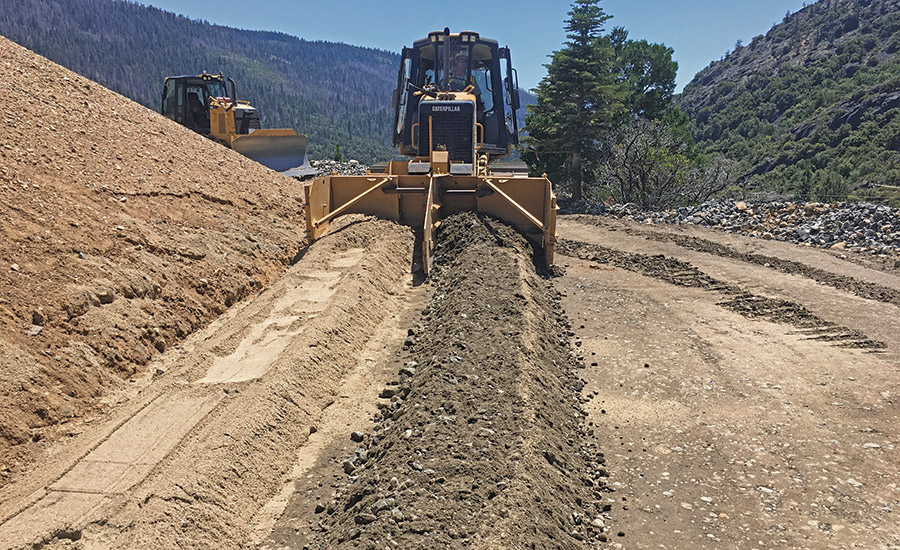 Workers also faced multiple safety hazards due to the dam’s design and its remote location. Much of the work was conducted on the thin top of the dam—400 ft high and only 35 ft wide at the crest, with steep slopes on either side. The narrow excavation roadways on top of the dam required construction vehicles to travel in reverse along the length of the 1,500-ft crest and then move forward to perform the work. The threat of fire was always present in this heavily wooded area, prompting a comprehensive fire safety plan with a 4,000-gallon water truck on site and a 500-gallon water buffalo. Kiewit monitored the fire potential daily and limited some construction operations during times of higher risk. The area’s road and boat access also had to remain clear for boaters, campers and hikers, so all crew members carried a radio to warn others if a boater or hiker was spotted. Despite these conditions, the team completed the job in September 2020 with zero fire or safety incidents and no COVID-19 cases despite the close quarters.

The Mexican Museum Core and Shell at 706 Mission: Cultural/Worship