The new visitor center replaces a 56-year-old building at the top of Pikes Peak, which attracts up to 600,000 visitors a year. Located at nearly 14,000 ft, it is the highest visitor center in the U.S. and offers interpretive exhibits, improved kitchen and dining facilities, retail space and expanded restroom facilities. Interpretive outdoor exhibits were added along an accessible, elevated pathway, which was designed to help protect the summit’s fragile tundra. 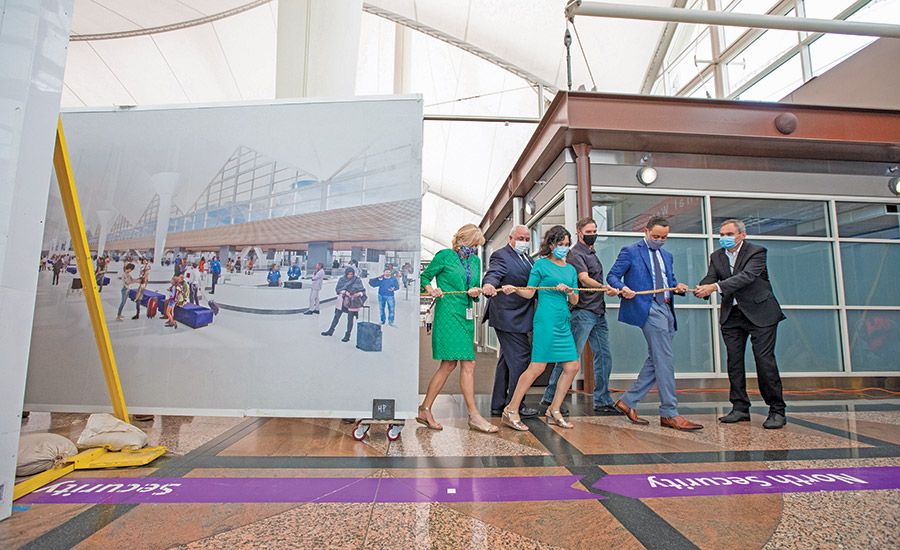 Phase 2 builds a new security checkpoint on Level 6 in the northwest corner of Jeppesen Terminal, which will create a future opportunity to activate the vacated south security space on Level 5 with new concessions and improved amenities. Phase 2 work will take place concurrently with work on Phase 1 to complete new ticketing areas for United and Southwest Airlines and improve passenger flow on Level 6. Hensel Phelps is the contractor for both phases of the Great Hall Project.

Mountain States On the Scene: August 2020

Mountain States On the Scene: August 2019