U.S. Energy Secretary Jennifer M. Granholm addressed workers, construction and design team leaders and others during her June 11 visit to the Townsite Solar Facility in Boulder City, Nev. Granholm said the solar plant is “the perfect example of how we can use the potential in clean energy to create good-paying union jobs that grow the economy, reduce energy bills and address climate change.” She added that jobs at the 232-MW DC/193.95-MW AC solar PV plant south of Las Vegas are representative of those that the Biden administration believes will result from its proposed American Jobs Plan. Currently supporting 480 construction trade jobs, the $250-million Townsite Solar facility is scheduled for completion by the end of 2021. It is co-located with one of the largest battery energy storage system projects ever built.

Granholm and Congresswoman Susie Lee (D-Nev.) were hosted by International Brotherhood of Electrical Workers; owner-developer Arevon, a global provider of renewable energy based in Scottsdale, Ariz.; and Rosendin’s Renewable Energy Group, which provides planning, construction and servicing for solar and wind energy projects. 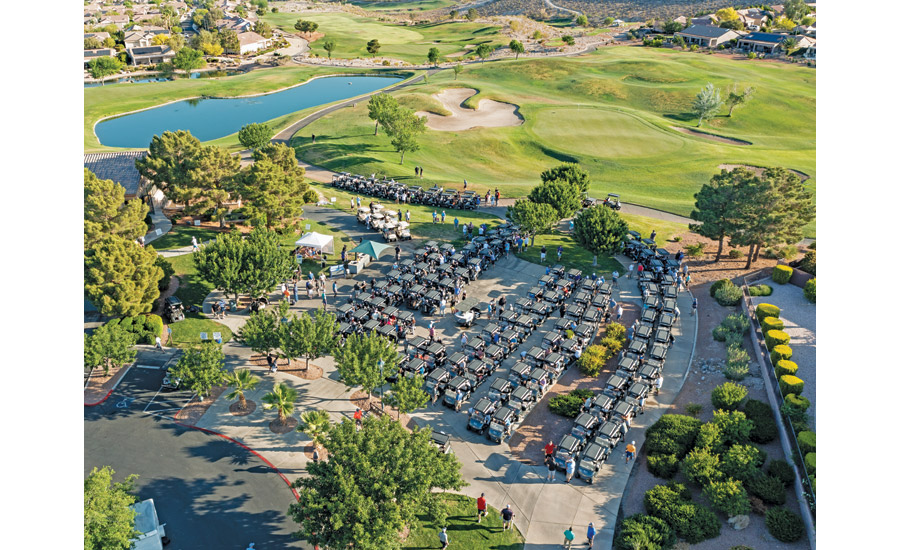 “Every year we are humbled by the support of our clients, trade partners and vendors at our Annual Charity Golf Classic,” said John Cannito, president of The PENTA Building Group.

Southwest On the Scene for June 2020

Southwest On the Scene: November 2021