Mountain States On the Scene: June 2021

Pueblo D60 hosted groundbreakings on March 30 and April 1 at the district’s Centennial High and East High School projects, respectively. The high schools are among the largest construction projects ever built in Pueblo, Colo. Each school will be between 175,000 and 190,000 sq ft, and together they will serve more than 2,000 students. The projects are a joint venture of Pueblo-based H.W. Houston Construction and GE Johnson Construction Co. Several members of the project team are alumni of the original high schools. In addition, as much as 80% of the subcontracting work for the two schools will be done by Pueblo-based businesses. The projects are scheduled to be complete in 2023. The architect is MOA Architecture.

“We believe in this community and to be able to build these two monumental schools is so important to us and important to the legacy of the company and to our contribution to Pueblo,” said Louis Nazario, H.W. Houston project development director. 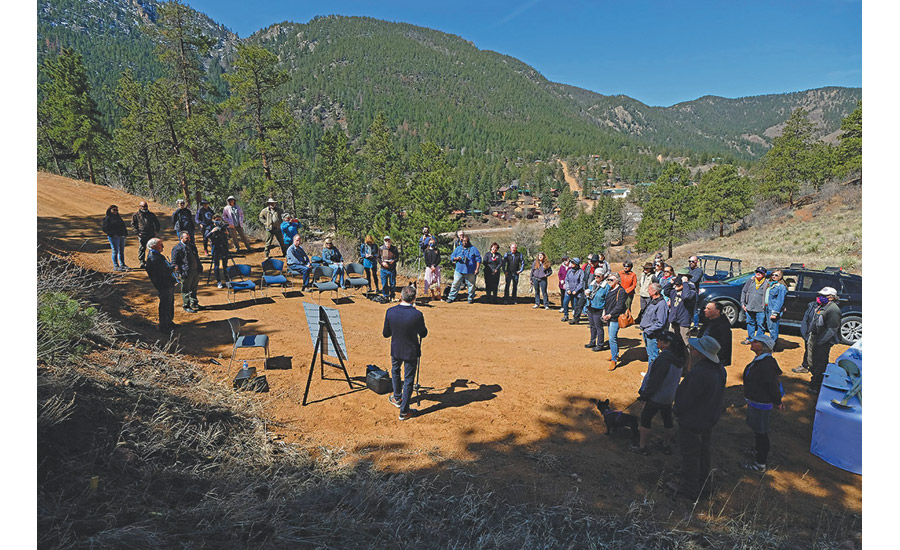 The town of Green Mountain Falls, Colo., and Green Box broke ground in late April on a new James Turrell Skyspace. The installation is the first of 85 Skyspaces by the legendary light and space artist to be located in the state and the first to be nestled into the side of a mountain. Turrell’s autonomous Skyspaces, with ceiling apertures open to the sky, are creative observatories—a combination of architecture, sculpture and atmosphere positioned carefully in natural surroundings. Overlooking a lake, the Green Mountain Falls Skyspace will be composed of stone and wood native to Colorado.

“As it showcases the Colorado sky and seasons, viewers will be enveloped in a rare, personal and rewarding sensory experience,” said RC Levy, Green Box deputy director.

Mountain States On the Scene: June 2020

Mountain States On the Scene: June 2019

Mountain States On the Scene for June 2018